No movie year would be complete without some great sci-fi and the aliens have bee invading left, right and centre over the last twelve months.

So here at FemaleFirst we take a look back over some of the science fiction projects of 2011.

Paul - the movie saw Simon Pegg and Nick Frost reunite on the big screen for the first time since Hot Fuzz and was one of the early sc-fi projects of the year.

And while Pegg and Frost banter well together, they are perfectly cast as Clive and Graeme, and there are some great performances from the rest of the cast, especially Seth Rogen, this feels like a safe movie.

Don’t get me wrong this is a great watch with plenty of laughs there is just something missing that would have made it a great movie.

Battle: Los Angeles - this had been a movie that I had been looking for to for quite a while by the time I saw it - and it really didn’t disappoint.

It may be billed as an alien invasion flick, which to a certain extent it is, but it really is more of a war movie as the U.S. Marines tackle a hostile enemy.

In many respects we have seen this story done a hundred times before but Liebesman has delivered a movie that looks awesome and puts you right in the heart of the action - it's District 9 meets Black Hawk Down.

Super 8 - one of the best movies in the genre to hit cinema screen was, without a shadow of a doubt, Super 8.

The movie marked the return to the big screen for J.J. Abrams, who had not directed a movie since Star Trek back in 2009.

The movie has some great action sequence, the train crash being one of the best scenes of the entire year, but it’s a very human story right at the very heart.

This is a father and son story that looks at dealing with grief and reconnecting - it’s exciting as well as emotional deserves all the praise that has come its way this year.

Attack The Block - this British movie marked the directorial debut for Joe Cornish as he brought the alien invasion to the streets of South London.

Cornish is not afraid to make this movie not all about the aliens but instead focuses on the youngsters who are battling against them - and the troubles that they have faced in their everyday lives.

However it has to be said that the aliens are a little naff - we have come to expect better from CGI over the years.

Cowboys & Aliens - Daniel Craig teamed up with Harrison Ford this summer for Jon Favreau’s sci-fi meets Western movie - which was based on the graphic novel by Scott Mitchell.

A spaceship arrives in Arizona, 1873, to take over the Earth, starting with the Wild West region. A posse of cowboys and natives are all that stand in their way.

Despite the big names in front of and behind the camera the movie has struggled at the box office, not helped with the blockbusters it was released alongside.

While the film has made back it’s budget it has only taken 4174.8 million at the global box office.

The movie saw Elizabeth Winstead lead the cast and she was joined by Joel Edgerton and Ulrich Thomsen.

But the film has really struggled at the box office in the couple of weeks that it has been out and I think that it’s safe to say that everyone should just stick to the original. 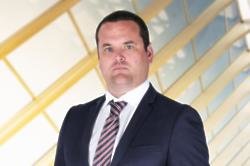 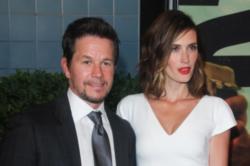