When Tom a hapless greeting card copywriter and hopeless romantic is blindsided after being dumped by girlfriend Summer, he shifts back and forth through various periods of their 500 days "together" trying to understand what went wrong.

Deschanel and Levitt were just one of the great movie couples that graced the big screen in 2009 and here at FemaleFirst we take a little look at some of the best.

New Yorker Harvey Shine is on the verge of losing his dead-end job as a jingle writer. But when he misses his flight home after his daughter's wedding he is fired on the spot.

Drowning his sorrows at the airport bar, Harvey strikes up a conversation with Kate, a slightly prickly, 40-something employee of the Office of National Statistics.

Kate, whose life is limited to work, the occasional humiliating blind date and endless phone calls from her smothering mother, is touched by Harvey, who finds himself energized by her intelligence and compassion.

Both lonely and disenchanted with the world and their lives the pair form this close bond that could develop into something more.

The pair have great chemistry together and the relationship that grows between Kate and Harvey is warm and incredibly real.

Last Chance Harvey is a film of real optimism it shows that you are never too old to fall in love and make new memories.

However they are a couple forced together as publishing executive Margaret Tate (Bullock) is forced to marry her assistant Andrew Paxton in order to prevent being deported.

When they travel to Alaska to meet his family, the new couple has to fake their way through a surprise wedding thrown by his parents. Through all the chaos and lies the pair find themselves falling in love.

The pair banter well together as they are forced together and go on a journey as they discover each other as well as themselves and what they really want.

The chemistry between the pair is great and their comic timing is spot on making The Proposal laugh a minute and enjoyable watch.

Another great movie couple, despite only being together at the beginning of the movie, was Carl and Ellie Fredrickson from Up.

After the death of his wife Ellie the movie’s central character Carl is totally lost and Up addresses old age and the loss of a partner is a truly touching way that is more powerful than any of the humour in the movie.

Carl remembers the promise that he made to his wife about travelling to a Lost Land in South America and in her memory sets out to complete her dream.

And despite all the troubles that Carl faces along the way he holds tight to that dream and reaches his goal in the memory of his wife before realising that it’s ok to move on and live life without her.

The movie delivers such a poignant message about love and loss that will resonate with everyone that watches it.

Other great movie couples of the last twelve months include Jennifer Aniston and Aaron Eckhart in Love Happens, Hugh Dancy and Rose Byrne in Adam and Ellie and Manny in Ice Age 3.

Tagged in The Proposal 500 Days of Summer 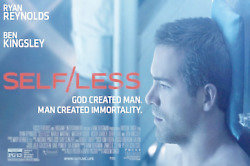 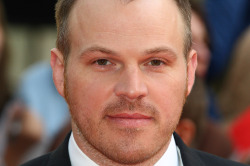