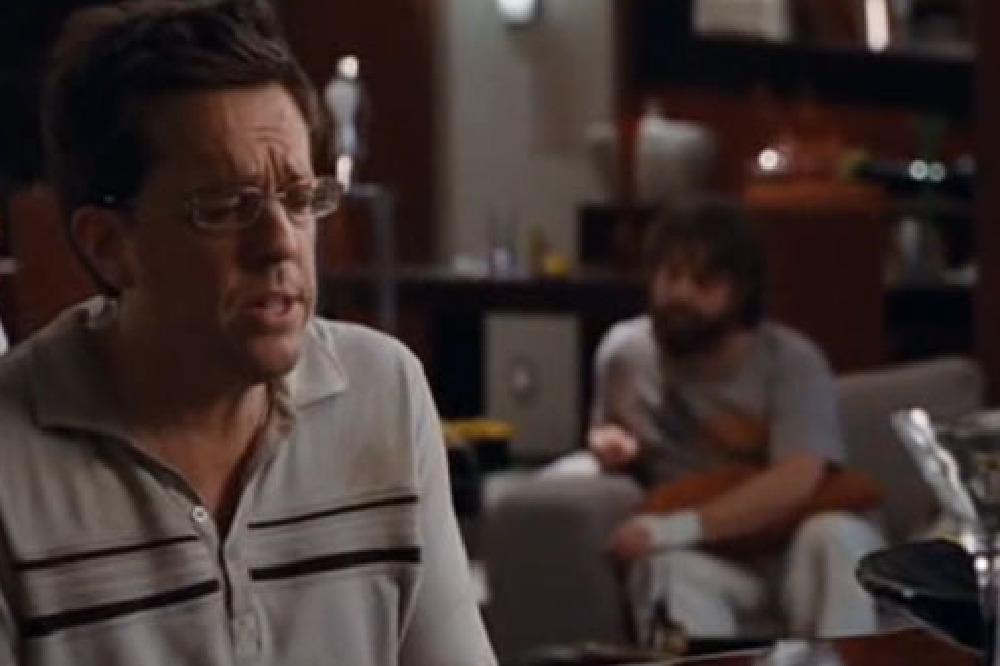 Screenwriters don’t always write the best lines and not everything can be planned. Cinema history has seen many iconic movie moments created to the surprised delight of the cast and audiences alike.

Many famous lines were unscripted, including 'You’re gonna need a bigger boat' from Jaws; 'Here’s looking at you kid' from Casablanca and 'Are you talkin’ to me?' from Taxi Driver, to name a few.

To celebrate the box-set of The Hangover trilogy being released on DVD/Blu-Ray on 2nd December we have honed in on the best impromptu comedic moments in cinema that have kept us laughing ever since their release.

It’s been nineteen years since this cult comedy classic hit the screens but it is no less quotable today. It has countless ingenious moments, but this one after Lloyd (Jim Carrey) and Harry (Jeff Daniels) pick up a gangster hitchhiker with murderous intentions is amongst the best, spontaneity-wise.

Lloyd saying 'Hey, want to hear the most annoying sound in the world?' was all Jim Carrey, unbeknownst to Jeff Daniels. Let’s hope the long awaited sequel will contain similar levels of impromptu comic glory.

Admittedly, this action-adventure set isn’t strictly comedy, but that isn’t to say getting together a few mates and having a nostalgic re-visit won’t make for general hilarity all round. In the first movie Indiana Jones (Harrison Ford) is confronted by a swash-buckling Arab swordsman up for a challenge, rolls his eyes, takes out his gun and kills him with one bullet.

It was an unexpected, funny and memorable moment. In actual fact, a full-on whip vs. swords duel was planned but Harrison Ford had dysentery and wasn’t up to it.

After a discussion with Spielberg where Ford suggested they just 'shoot the f***er' they came up with this. Who knew something good could come out of diarrhoea?

- "The little idiosyncrasies that only I know about": Good Will Hunting (1997)

Robin Williams’ off-the-cuff anecdote in one of the most admired films of all time is pure cinematic gold. As Sean Maguire, psychiatrist to Will Hunting (Matt Damon), he openly shares with him memories of his wife’s flatulence and how she 'woke the dog up' once.

Matt Damon’s quivering nostrils as he laughs hysterically along with Williams, and the cameraman’s giggle fit making the camera shake all makes this a perfect ad-libbed moment and an affecting, charming addition to the Oscar-winning screenplay.

Note that Williams’ final line; 'Son of a bitch, he stole my line' after Will’s 'I gotta see about a girl' wasn’t in the script either.

What do tigers dream of? When they take a little tiger snooze? These are questions on Ed Helm’s brain when he crafted this song for his character Stu during the first Hangover film, a prime example of how our leads went with their instincts during filming, and probably had a total blast.

Ed Helms, who plays Stu, said: 'I mean, how would you even put that in a script? It wouldn’t make sense in a script.' Helms’ experience on The Daily Show really brought out his talent for this sort of thing.

The director Todd Phillips found a suitable narrative gap, suggested Helms go off and write a song, and The Tiger song was born.

The comic talents of Bill Murray are in full swing here with his entirely fabricated ramblings of arrogant drunken playwright Jeff.

In the scene his character is boring partygoers with his nonsensical pretentious drivel; 'I wish I had a theatre that only opens when it rains.'

The scene is edited to seem like it has lasted the entire night, and as people have scattered away the massive wine bottle on his side has gradually declined.

This fortunate accident led to one of the funniest moments in the film. Annie Hall (Diane Keaton) and Alvy Singer (Woody Allen) are at a party and Annie is complaining that Alvy never wants to do anything new; his unwillingness to cocaine offered to him being an example.

When examining the expensive white powder in a little tin, Alvy lets out a massive sneeze and it flies everywhere. Allen simply had an allergic reaction the powder and the cast managed to keep composure long enough to keep the scene in.

The crew falling around in hysterics was enough for Allen to rightly judge this version of events was far better than the original.

This exchange between Seth Rogan and Paul Rudd went down so well in the 40 Year Old Virgin that it appeared as an encore during Knocked Up but we’ll look at the original version.

The two actors came up with a serious of insults along the lines of ‘know how I know you’re gay? You like Coldplay', and so on and so forth. The two proved they could be a riot by simply being placed together and letting the comedic chemistry sizzle.

Ben Stiller takes a leaf out of Daniel-Day-Lewis’ book here by dabbling in a bit of method acting, a la moronic male model.

The world-famous hand model J.P Prewitt (David Duchovny) explains to Derek Zoolander (Stiller) that the fashion industry is always behind political assassinations and uses models to do the killing.

Zoolander asks ‘why male models?’ and Prewitt elaborates, only for Zoolander to repeat the question. Stiller had actually forgotten his line here - prompting him to just use his previous one - a momentary and totally appropriate lapse of brain cells that made the scene all the richer.

Tagged in Good Will Hunting Indiana Jones The Hangover 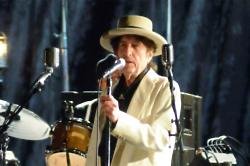 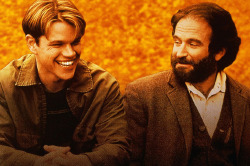 Good Will Hunting - From The Vault