Emma made her way into the acting scene with Superbad, in a relatively small role. It's only this year that she's started to make people notice that they could be onto a winner. She appeared in Zombieland in 2009 and then really started to get noticed in teen comedy Easy A this year.

It's felt that she has a comedic knack and a sensibility about her that a lot of American teen actresses are lacking.

She'll be appearing as the lead female role in the Spiderman reboot in 2012, ditching her red locks to go blonde as Gwen Stacy. She'll also be reprising her role in Zombieland 2.

In 2009, Carey Mulligan really burst onto the scene in An Education, where she was nominated for every Best Actress award going, winning a BAFTA, BIFA and a National Board of Review award.

Then in 2010, she appeared alongside Keira Knightley and Andrew Garfield in Never Let Me Go, which gathered some very positive reviews.

She'll be moving onto bigger and better things as she takes the lead role in My Fair Lady and is set to appear in Baz Luhrmann's take on The Great Gatsby, possibly alongside Leonardo DiCaprio. Keep an eye on her in the next year or so.

In 2010, Blake Lively appeared in The Town, giving a strong performance to an already well-rounded cast. In 2011 she'll be appearing as the lead female in Green Lantern alongside Ryan Reynolds.

As one of the big summer films, she's going to be everywhere. So far, nothing else after Green Lantern looks to be confirmed, but rest assured, she'll be seen again.

Rooney Mara comes in as the third actor/actress to look out for from The Social Network. In 2011 she'll be appearing in the American remake of The Girl With The Dragon Tattoo, where she'll be reunited with director David Fincher.

Her role in The Girl With The Dragon Tattoo is sure to show the world that she has the acting chops to be a leading lady. When an experienced director such as David Fincher has taken note of how good she is, it's likely that we're in for a treat when the 2011 film is released.

Rosie is a successful Victoria's Secret model and is dating Jason Statham but in Summer 2011 she'll be appearing in Transformers: Dark Of The Moon, stepping into Megan Fox's shoes. With no track record to call upon, it's hard to predict how good or bad she may be.

However, Michael Bay has an inate ability to find future stars, whether it be Will Smith being transformed from Fresh Prince to action star or Megan Fox going from no one to the poster-girl she is today, you choose.

So, Rosie Huntington-Whiteley is sure to have something going for her if the Bay wants her in his film.

Lily James is a relatively unknown British actress who is on the up and up. In December 2010 she is set to appear alongside Outnumbered star Daniel Roche in a TV adaptation of Just William and will be in the latest series of Secret Diary of a Call Girl alongside Billie Piper.

After just graduating from the Guildhall School of Music and Drama in London, she will soon be making a name for herself. 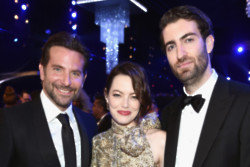 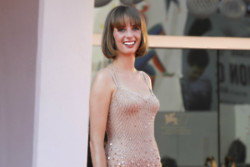