Musicians Who Have & Haven't Had Success In Film

Ben Drew aka Plan B

This week sees Ben Drew aka Plan B become the latest musician to try his hand in the world of movies.

But Drew is not content with just trying his hand at acting oh no, he makes his feature film directorial debut with gritty Brit drama iLL Manors.

So we take a look at some of the singers who have enjoyed very successful acting careers while some have not been so lucky.

Do you remember the time when the Oscar nominated actor was better known as Marky Mark? Yes Wahlberg kicked off his career in the music industry as one of the early member of New Kids On The block before going on to record as Marky Mark and the Funky Bunch.

Thankfully Wahlberg turned his hand to acting and this is where he really has enjoyed huge success as he is an Oscar nominated actor as well as one of the most in demand stars in Hollywood.

The Oscar nomination came back in 2006 for his incredibly funny turn as Sgt Dignam in crime drama The Departed, however he lost out to Alan Arkin for his performance in Little Miss Sunshine.

Since then he has delivered a great performance in The Fighter, a role for which he really should have picked up another nod.

He has also moved between genres from more action roles in Contraband to comedy parts in the likes of Date night, The Other Guys and new movie Ted.

And while music is something that she has kept returning to over the years she is best known for her work on the big screen.

She made her debut in French cinema with Paroles et musique and La tentation d'Isabelle being a couple of her early roles.

She is an actress who is known for taking on more independent and art house projects, she never has been one for mainstream roles.

It was her role in Antichrist that really did put her on the map back in 2009 as the controversial movie whipped up a right old storm at the Cannes Film Festival - she did go on to win Best Actress at the festival.

You can't look at singers who have made the successful transition onto the big screen without discussing Will Smith.

He is one of the biggest stars in Hollywood as he notched up eight consecutive movies that grossed in excess of $100 million at the U.S. box office.

He may have kicked off his career as Jazzy Jeff but it wasn't long before Hollywood came calling and roles in the likes of Men In Black and Independence Day cemented him as an action hero.

But it is his non blockbuster roles that have really shown him to be a fine actor as he was Oscar nominated for his performances in Ali and The Pursuit of Happyness, the latter being his finest movie moment.

Frank Sinatra my be best known for My Way and all of than but he also has an Oscar win under his belt.

As well as being a music icon Sinatra also forged a very successful acting career that lasted forty years.

He kicked it off with Higher and Higher back in 1944 but it is for the likes of From Here To Eternity, for which he won a Best Supporting Actor Oscar, and The Manchurian Candidate, High Society and Ocean's Eleven for which he is best known.

And there are a whole host of singers who have scooped an acting Oscar with the likes of Cher, Barbara Streisand and Jennifer Hudson all winning the greatest prize in movies.

While other such as Beyonce, Queen Latifah, Justin Timberlake and Rihanna are all making a name for themselves on the big screen.

But of course while some singers have enjoyed huge success on the big screen some have inevitably failed.

In 2002 Britney Spears was at the height of her fame so it seemed the next logical step would be to take on film. However Crossroads wasn't the hit that she expected.

Spears took on the role of a high school graduate who travels to find her long-lost mother. While it was a hit amongst Spears' fans it was panned and she hasn't graced cinema screens since.

Mariah Carey was one of the biggest selling solo female artists when she decided that she wanted to conquer the big screen too.

However it didn't go according to plan with a couple of stinkers. She made her big screen debut in 1999 in The Bachelor alongside Chris O'Donnell and Renee Zellweger.

But it was Glitter in 2001 that provided her with her first starring role in which she took on the role of a struggling musician battling to make it into the industry in the eighties.

However the movie was a box office bomb and it was universally panned by the critics.

But Carey looked to turn things around in 2010 with great performances in Precious and Tennessee.

It's fair to say that Madonna has also had an up and down movie career over the years, a career that has now seen her move into directing.

She turned in a great performance in baseball movie A League Of Their Own as well as achieving success with Evita.

But all that good work has been undone by totally dreadful movies such as Body Of Evidence and Swept Away, both of which are absolutely awful.

She has made the move into directing but things haven't gone much better there as Filth and Wisdom sunk without a trace and W.E. really did struggle with the critics.

W.E. follows the love story of Wallis Simpson and King Edward VIII and while it is not as bad as everybody made out it does leave a lot to be desired.

iLL Manors is out now 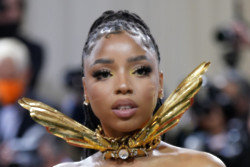 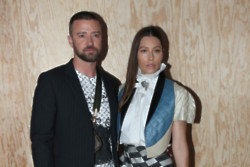 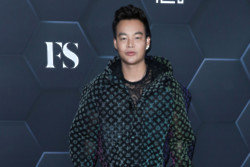