Dominique Tipper has landed her first major role in new British movie Fast Girls as she kicks off her acting career.

I caught up with her to talk about the role of Sarah in the Regan Hall directed movie, training for the film and what lies ahead.

- Fast Girls has just hit the big screen so can you tell me a little bit about the movie?

Well it’s a story essentially about a girl named Shania, who is Lenora Crichlow’s character, and she comes from a hardcore estate and a difficult background and she beats the nation’s favourite Lisa Temple, played by Lily James, at the 200m.

And they become rivals from that point on and they both end up on the GB relay squad. The film follows the trials and tribulations of what they go through both being on the team - I don’t want to say too much about it (laughs).

- You are at the Fast Girls Roadshow today so how is your day going so far?

Yeah it is going good. We have just arrived and had some pictures with Christine Ohuruogu who is an Aviva athlete and Jason Gardener as well.

- This is only the second film role of your career but the biggest part so far so how have you found starting out on your acting career?

Well it’s all been quite a whirlwind for me I know it says on my IMDB page that I am in Adulthood but I really was an extra in that so Fast Girls is my first feature film really.

I don’t have an agent or anything like that yet so I really got into it by knowing Damien Jones the producer and he got me a casting for the part and I got the part of Sarah.

I couldn’t ask for a better film to be a part of as my first film because there are so many strong female roles in it and what the film promotes in general it’s inspiring and it is really something for young females to look up to.

Also the subject of athletics and females in the UK there is not enough of it and so to push that side of things as well and show how hard the females work it’s an amazing thing to be part of.

- You take on the role of Sarah in the movie so what was it about the script and the character that drew you to the project?

I think with the whole script when I read as I say the main female characters and what the film is about in general was so refreshing and something that I think is lacking a bit in society at the moment is the presence of strong female role-models so straight away that drew me in.

The idea of training for a film as well and becoming something was really exciting. And my character I just loved that she was the first reserve as she is a little bit waiting in the wings for her chance but eventually she gets to show what she can do and I thought that that was a nice role for me play for my first role.

- And can you tell me about the training that you went through for the movie? How much was that as aspect that you enjoyed?

The training was something else, I come from a dance background and I thought I was going to have an easy ride going into it and I was so shocked.

We were doing full on Olympic athlete sprint training and Shani Anderson held no bars with it. We only had six weeks which does sound like a lot but in athletes terms it isn’t so it was so hard core.

We changed our diets to six small meals a day, high protein, protein shakes and then do an hour or two of track and then go in and do an hour of weights and then do five hundred sit ups a day it was so hardcore. This was like five days a week and we had no social life and it really was like being an athlete.

- Regan Hall is in the director’s chair for the movie so how did you find working with him and what sort of director is he?

Regan was a pleasure to work with and I think because it was his first film he was very set, as I am sure any director is, on making it the best film.

He was very hands on and involved and would come to most of out training sessions to check on our progress. He just wanted it to be the best film and he wasn’t afraid of showing that - he was just great really.

- It’s a great British cast with the likes of Lenora Crichlow, Lily James, Noel Clarke and Bradley James are all on the cast list so what kind of set was it to be on? Was it a fun shoot?

It was fun in some respects as all of the cast got on like a house on fire and that was lovely. But it was a hard shoot I am not going to lie we shot it in the middle of December - so while it looks like a summer film we were all freezing. We were lucky to have the sun but it was freezing as we were in crop tops and pants.

Along with being an athletics film comes injuries and it is something that any athlete will tell you that you learn to live with and cope with them so we were all constantly having physio and getting rid of any niggles so that was a bit of a challenge as well.

So all in all it was a lovely experience because of the people that were on it and that is what makes the film good as you get the tem aspect from how we were.

- Lashana Lynch and Hannah Frankson are newcomers such as yourself so how great was it to have someone else on the set that was in the same position as you?

It was really nice. The thing about me and Lashana as well is our characters’ individual event is the hurdles and so we did some training together in that respect.

So it was lovely to have girls who were on their first feature film as well but it was nice to around people like Lorraine Burroughs and Noel Clarke who are people to look up to in the acting game as they have won Baftas and been nominated for Olivier’s.

So having them on set and being in their presence and learning from them was equally as rewarding. But it was nice to have the other girls on set as I think that we all bonded over the fact that this was our first film.

- Fast Girls is being met well by the critics but how have you personally found the response to the movie?

I have found it quite overwhelming to be honest. You always expect some kind of negativity I don’t know whether it is because we are British or we are little bit sceptical but there has literally not been a bad thing to say about it.

And if anyone has had little things that they didn’t like about it the positives always outweigh the negatives with it so it’s nice.

And it is exciting as well and I am so proud to be a part of something that lifts people and leaves people with a feeling of goodness and happiness and they leave the cinema smiling. And I think that that is why it has done so well because you can’t help but smile afterwards.

- The film is obviously being released incredibly close to the Olympics so how much are you looking forward to the London Games?

I think being a part of this film and training and all that it has really lifted my Olympic spirit and I feel like I am a part of it b y being in the film.

I am from East London as well, I am from Limehouse which is really close to where the site has been built and I grew up in and around Stratford and it’s crazy that it is so close.

I am super excited and so excited for our British athletes to have that opportunity to show what they can do on home soil; I think that that is just incredible. So I will be rooting for them.

- As I said earlier on this is only your second movie so where are you hoping your career will go? Are movies a major focus or is TV also something that interests you?

I think I am going to be a movies girl as I have always been a person who has had big dreams and aimed high so I am want to move onto the Hollywood feature. I have got to get an agent first so it’s all very well and good me saying that - I am in meetings with people at the moment.

I hope to be doing more of this kind of stuff because I loved it and I loved being part of the movie game and I just want to keep going really.

- Finally what’s coming up for you?

As I said I am looking into getting an agent and I am in talks with a few agencies at the moment and also I am a singer song-writer so I am launching my website with all my music on it this summer, so I am working on that at the moment.

Fast Girls is out now 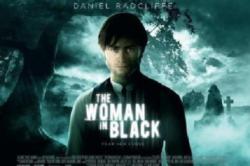 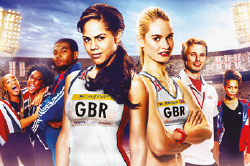