The first full-length trailer hit online for Paul on Friday and it's a right corker, you can take a look at it...

The two main stars are on a road trip across America to go to Area 51 and Comic Con, on their way they discover the title star, Paul, a rowdy, potty-mouthed alien who is the run from those who want to study him. It's a road movie, it's an on-the-run movie and it looks set to be one of the best comedies of next year.

The real test is whether it can live up to Shaun of the Dead and Hot Fuzz which both had the involvement of their usual director Edgar Wright, you'll just have to see for yourself on February 18 next year when it is released. 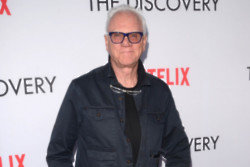