Earlier in the week we took a look at the growth in the Chinese film industry over recent years as they have produced Oscar nominated movies such as Crouching Tiger Hidden Dragon which was a massive critical hit that once again put them on the world stage.

As well as producing movies that have caught the eye of the rest of the world they have also produced some movie stars that have broke out and made a name for themselves, both in their native country as well as on a global stage.

Bruce Lee is arguably the most famous actor to come out of China an icon both at home and around the world. He was introduced to acting by his father and by the age of eighteen he had appeared in twenty movies.

But he left acting behind to pursue a career in martial arts in America only to return to TV series The Green Hornet. The show only survived for one series and he went on to appear in Ironside and Here Come the Brides.

But unhappy with the roles he was being offered in America he returned to Hong Kong where he discovered that The Green Hornet had been a huge hit and his career took off.

His first leading role came in 1971 with The Big Boss following it up with Fist of Fury and Way of the Dragon, all of which were huge box office successes in Asia.

But tragedy struck in 1973 when the actor died at the tender age of thirty two. The actor took some painkillers for a headache and never regained consciousness, doctors discovered s serve swelling of the brain.

This came just weeks after he collapsed while working on Enter the Dragon suffering from seizures and brain swelling that the doctors were able to get under control.

He remains one of the country's most popular actors and was responsible from the growth in interest and popularity of the Hong Kong martial arts movie throughout the seventies.

Chow Yun Fat is an actor who has found major success in his native Hong Kong as well as making the successful transition in the Hollywood movie.

He began his acting career in TV with hit show The Bund in 1980, which was a hit throughout Asia. He moved into movies and teamed up with filmmaker John Woo and this is when his career really took off.

A Better Tomorrow was a massive box office success in Asia when it was released and the highest grossing film in Hong Kong at the time. He followed this up with roles in City on Fire, Hard Boiled and Prison on Fire.

Into the mid nineties and he made the move to Hollywood and struggled at first as Anna and the King and The Corruptor did not enjoy much success.

However he has found more success in recent years as he mixed his Hollywood movies such as Pirates of the Caribbean: At World's End with the likes of Crouching Tiger, Hidden Dragon and The Cure of the Golden Flower.

Jet Li is another actor who has hit the dizzy heights of fame both at home and internationally and is another martial arts expert, which is quite often incorporated into his movies.

He made his acting debut in 1982 with the movie Shaolin Temple, which produced two sequels, as well as Once Upon a Time in China and The Fong Sai Yuk.

Li made his Hollywood debut in 1998 when he starred alongside Mel Gibson in Lethal Weapon 4 before following this up with Romeo Must Die in 2000.

Over the years Li has had a mixed career in Hollywood with the likes of War, Unleashed and Cradle 2 the grave have only been minors hits.

But in 2002 he returned to the Chinese martial arts movie with Hero, directed by Zhang Yimou and loosely based on the legendary Jing Ke.

The film was the most expensive and highest grossing picture in Chinese history. Outside of China the film was met with critical acclaim and opened at #1 in the U.S before going on to become the fourth highest grossing foreign movie at the North American box office.

He returns to the Hollywood movie next year when he teams up with Sylvester Stallone, Jason Statham and Mickey Rourke for the Stallone directed The Expendables.

Gong Li is an actress who has rarely worked outside of the Chines film industry but with the likes of Farewell My Concubine and Memoirs of a Geisha she has enjoyed much success.

She made her debut in Red Sorghum back in 1987 but it was her movies with filmmaker Zhang Yimou that brought her acclaim both at home and internationally with roles in JU Doi and Raise the Red Lantern.

However she has slowly moved into Hollywood movies appearing in Miami Vice and Hannibal rising in recent years. 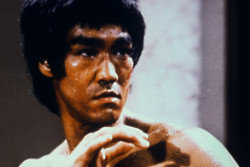 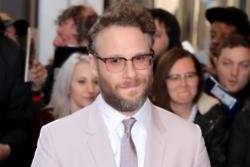 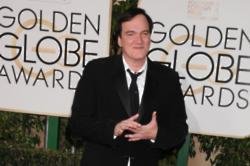