Hailee Steinfeld took the movie world by storm earlier this year when she starred in the Coen Brothers’ adaptation of True Grit.

The fourteen year old actress had made a series of shorts but True Grit was her first feature length movie - and that is what made her central performance all the more special.

True Grit was an adaptation of the Charles Portis novel and a remake of the 1969 movie that starred John Wayne.

This time around there was an equally impressive cast as Jeff Bridges teamed up with Matt Damon, Josh Brolin and Barry Pepper.

Steinfeld turns in a really bold and ballsy debut performance - a turn that you would have expected from a more experienced actor.

She commands the screen and your attention with every scene and it's hard to believe that this is her first movie.

She banters well with her more established co-stars - which come in the form of Jeff Bridges and Matt Damon - standing her ground and never being eclipsed by the superior experience.

Her performance in the film earnt her a Best Supporting Actress Oscar nomination, losing out to Melissa Leo, she was also nominated for a Bafta and picked up a series of critics awards.

And the actress has her next project lined up… she is set to play Juliet in a new adaptation of Shakespeare classic Romeo and Juliet.

The screenplay has been penned by none other than Julian Fellowes while Holly Hunter, Ed Westwick and Douglas Booth are all also on the cast list.

With the success that she enjoyed with True Grit the young actress could have had a whole host of projects lined up but it’s great to see her take her time over her project choices and she really is a talent that we should all be keeping a beady eye on!! 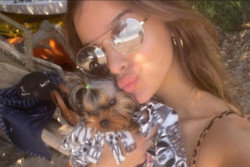 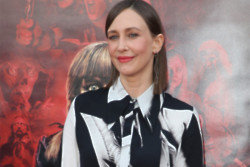 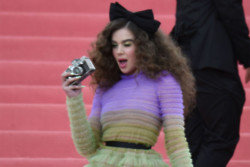