Hollywood’s obsession with ancient Rome has spanned many a decade and from the original Ben-Hur in 1959 to Hollywood’s latest release The Eagle, it seems audience appetites haven’t wavered.

The Eagle is the latest instalment in the Roman adventure genre to hit our screens this week and with it, offers up a more gritty portrayal of Roman life, with director Kevin Macdonald exploring the myth of the lost Ninth legion.

To mark the release of The Eagle we run down the top 5 Roman epic adventures of all time.

The original and most critically acclaimed roman drama, Ben-Hur took home 11 Academy awards (one of the highest in Oscar’s history) and smashed the box office, taking in a total of $90 million worldwide.

Judah Ben-Hur (Charlton Heston) fights against the Roman Empire to protect the freedom of the Jewish people. This role cemented Heston’s place in cinema history and his chariot race action scene is considered to be one of the most spectacular action sequences ever filmed.

Filmed at Cinecittà Studios outside Rome long before the advent of computer-generated effects, the chariot race scene took over three months to complete, over 18 acres and using 15,000 extras on the largest film set ever built.

The fast paced action of Ben-Hur compelled audiences into an early Roman obsession. 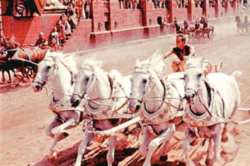 Released in 1960 shortly after Ben-Hur, Spartacus cashed in on the success of its predecessor. Starring Kirk Douglas, Laurence Olivier and directed by Stanley Kubrick, Spartacus was an instant success and won multiple Academy Awards including Best Actor in Supporting Role and Best Cinematography.

With a budget of $12 million and a cast of 10,500, Spartacus proved a daunting project for young director Kubrick, who found working outdoors or in real locations to be distracting and thus preferred to film in the studio.

To create the illusion of the large crowds that play such an essential role in the film, Kubrick's crew used three-channel sound equipment to record 76,000 spectators at a Michigan State - Notre Dame college football game shouting "Hail, Crassus!" and "I'm
Spartacus!"

The film has had a unique staying power and is seen as a Hollywood classic. The 'I am Spartacus' line in particular has become an iconic moment in film history and is still referenced within pop culture to this day. 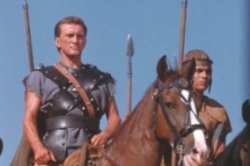 This isn’t your typical swords and sandals epic, however Cleopatra is a popular favourite. Elizabeth Taylor stars alongside Richard Burton in this monumental classic, which turned out to be the highest grossing film of 1963.

The budget, the glamour and the ambition make this film a wonderful piece of cinema and people flocked to the cinemas to get a glimpse of Taylor and Burton’s on screen chemistry (their professionally relationship quickly become personal, resulting in one of the most famous Hollywood couples).

Despite the film’s popularity, all its earnings went back into the $44M worth of debt that the film managed to rack up during the years of production. 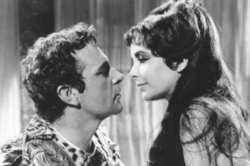 This film was an attempt to bring back the Roman drama spectacles akin to those made popular in the 60’s and the film makers went so far as filming Caligula in the same studios where Cleopatra was shot.

Caligula concentrates on the dramatic rise and fall of Roman Emperor Gaius Caesar Germanicus and  is probably best known for its explicit sex scenes (not surprising as some films were shot by renowned Penthouse founder BobGuccione).

The filming was marred with law suits and spending cuts which lead to many changes to the original script. Extra sex scenes and nudity were added to promote the film, following this some of the original cast members quickly resigned.

Although this film has not been well received by critics it has become a cult classic, infamous for its many versions. 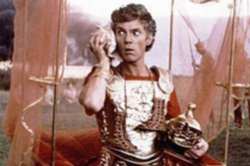 Gladiator was the first of many Roman themed films that hit the silver screen during the noughties, and has been credited with reviving the swords and sandals genre.

The film boasts impressive action sequences, most notably the coliseum scenes with Maximus Decimus Meridus (Russell Crowe), which were constructed using a combination of innovative computer technology and a replica life size model.

Director Ridley Scott attributed Spartacus and Ben-Hur as influences on the film, "These movies were part of my cinema-going youth.

But at the dawn of the new millennium, I thought this might be the ideal time to revisit what may have been the most important period of the last two thousand years - if not all recorded history - the apex and beginning of the decline of the greatest military and political power the world has ever known.

Gladiator become one of the highest earning films of 2000 and picked up five Academy awards including Russell Crowe for best male. 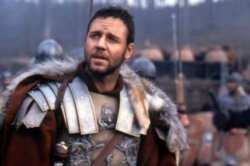 The Eagle is released 23rd March

Tagged in The Eagle 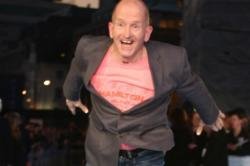 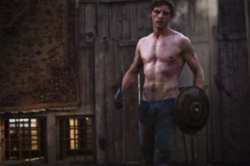 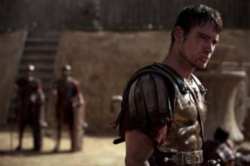