Liam Neeson has been named the Ultimate Irish Actor - according to a poll of appreciative film fans. Neeson beat young upstarts Colin Farrell and Michael Fassbender to claim the top spot with an impressive fifty two per cent of the vote.

To celebrate St. Patrick's Day, LOVEFiLM asked over 2,500 people to vote for their favourites from a list of the best loved Irish and Northern Irish stars of the big screen.

Colin Farrell - the Dublin-born bad boy and Hollywood hellraiser, perhaps best known for his behaviour off-screen - took the second spot in the chart with eleven per cent, while newcomer, hearththrob and Kerry boy Michael Fassbender earnt a very respectable third place with eight per cent of the votes (no Shame in that position).

Another Dubliner, Brendan Gleeson, scooped fourth place with seven per cent of the votes. Gleeson stole the show in dark Irish comedy The Guard and is well-known for his portrayal of Professor Alastor 'Mad-Eye' Moody in the Harry Potter franchise.

Best known for taking on the demanding role of James Bond, Pierce Brosnan has stealthily slipped into fifth place with six per cent.

Brosnan has played many a role in huge budget Blockbusters, but stole our hearts in Irish drama Evelyn, where he played a father fighting the courts for his family.

Making his way into sixth place is the striking Cillian Murphy, with six percent. An actor who has a diverse range of appearances up his sleeve, Murphy first entered our consciousness a decade ago as Jim in 28 Days Later and has more recently appeared with Thandie Newton in Retreat and Justin Timberlake in In Time.

The charming James Nesbitt took seventh place with four per cent of the votes, having entertained us in numerous TV series, while eighth place was held by yet another Dubliner - Colm Meaney.

Meaney by name, but not by nature, this actor is best known for playing Miles O'Brien in Star Trek: The Next Generation and Star Trek: Deep Space Nine and has always proven to be up for a laugh, having guest-starred on several TV shows including The Simpsons.

The final entries in the Top Ten are held by women, with startlingly young (not yet 18) actress Saoirse Ronan occupying ninth place with two per cent of the vote and seasoned star of screen and stage Sinead Cusack taking tenth place, with one per cent.

The top ten Irish actors are:

Helen Cowley, Editor of LOVEFiLM, commented: "With St Patrick's Day being such a huge celebration of all things Irish, we thought it was only right to credit the contribution of these actors to film.

"And contribute they have! These film champions have racked up a huge range of films and some unforgettable scenes between them; from Neeson's impressive performance in last year's action blockbuster Unknown to Michael Fassbender's harrowing portrait of a desperate man in Shame.

"It's encouraging, too, to see new talent Saoirse Ronan making it into the list and we look forward to seeing more of her in future." 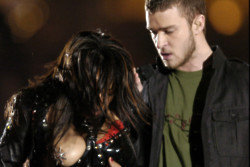 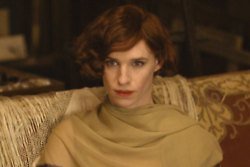