"With SNL, you start with a blank page on Monday and you’re on air on Saturday, so you have to think fast.  There’s no mediocrity.  The best idea survives and there’s no room for anybody to get hurt feelings because their ideas didn’t make it into the show or for people to have too much time to over think things.

"Speed generates a certain efficiency," Goldwyn continues. "It keeps performances fresh and people on their toes.  It can create something really exciting on film that you might not otherwise get."

The producer believes that this environment helped his core cast and crew to perform well beyond expectations. "We were blessed that the performers at the center of the movie had all worked together for so long and so successfully.  And with Jorma, there was a confidence with him as a new film director.  They just hit the ground running."

As the three friends developed the screenplay, they kept true to their love of action films.  Offers the director: "We were huge fans of late ’80s/early ’90s action movies like Die Hard, Lethal Weapon and Rambo III.  We knew that we wanted to make the film in that style, more out of love than anything else."

According to Taccone, a leaner production inspired even more creativity on the set, in every aspect of this production. "We had to think on our feet," he says.

"At SNL, we have a huge warehouse of props.  You can literally say, ‘I need a giant inflatable carrot and a donkey head,’ and they appear 15 minutes later.  It was much harder in New Mexico where our prop guys did an amazing job, but we had to improvise because we didn’t have the resources at hand.

"We were coming up with jokes on the fly, and we had to reshape ideas based on what we had to work with; that made it very exciting." 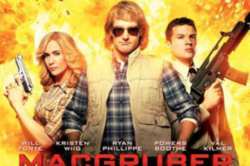 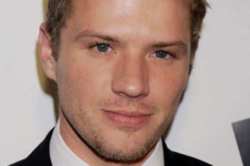