Most Anticipated Movies of 2013 Part 1

2012 was a fantastic year for movies with blockbusters that were a smash at the box office while there were also some hard hitting dramas.

And that trend looks set to continue into 2013 as there are some fantastic movies on the way over the next few months from Oscar contenders such as Lincoln to blockbusters Iron Man 3 and Man of Steel.

So we kick off our look at the most anticipated films of 2013 today with a look at the first quarter of the year.

Awards season is in full swing and there are some great movies hitting the big screen in the first few weeks of the year that are all Oscar contenders.

Lincoln is already the bookies favourite to enjoy huge Golden Globe and Oscar success as it marks the return of Steven Spielberg.

Spielberg may be a master of the blockbuster but he is also great at drama and he brings the later years of Abraham Lincoln's presidency to life.

He teams up with Daniel Day Lewis for what is set to be an epic biopic that has the critics raving.

Sally Field, Joseph Gordon Levitt, Tommy Lee Jones and David Strathairn make up an eye-watering cast and it is set to be the best bio-pic of the year.

Another movie that is whipping up an awards story is Zero Dark Thirty as Kathryn Bigelow is back for the first time since she triumphed with The Hurt Locker.

The film has already won a whole host of awards and is a major Oscar contender.

A Quentin Tarantino movie is always something to get excited about and he is back with Django Unchained.

We haven't seen him in the director's chair since Inglourious Basterds but this time around he tackles the Western for the very first time.

The blockbuster season starts super early this year as A Good Day To Die Hard is one of the first event movies of the year.

Bruce Willis is back as John McLane and he is once again kicking some bad guy ass.

The film sees him travel to Russia to help his son only to discover that Jack is actually a CIA operative - father and son join forces to save the world once again.

John Moore is in the director's chair for the film while Jai Courtney will play Jack McLane.

If Twilight fans are already missing the franchise then Beautiful Creatures could be a film that is just up your street.

The movie is based on the novel by Kami Garcia and Margaret Stohl and is another supernatural romance.

Alice Englert and Alden Ehrenreich take on lead characters Lena and Ethan who fight to be together.

Beautiful Creatures is just one of the movies that is tipped to take the place of Twilight this year - there are a couple of other possibilities on the horizon.

But if the horror movie is more your thing then Mama could well up your street as it is a Guillermo Del Toro produced film.

Directed by Andrés Muschietti this movie looks very much to be in the vein of the fantastic The Orphanage - seriously if it is as good as that then we really are on to a winner.

Jessica Chastain and Nikolaj Coster-Waldau play a couple who face the challenge of raising his young nieces after they were left along in a forest for five years - but it seems that they are not alone.

Del Toro has always been behind some really atmospheric horror movies and this could be one of the gems of early 2013.

Stephenie Meyer has already enjoyed huge box office success as her Twilight novels were adapted for the big screen and this year sees The Host released.

Saoirse Ronan is to play the central role of Melanie Stryder while Diane Kruger, Jake Abel, Max Irons and William Hurt are all also on the cast list.

Early footage from the film promises much and it has the potential to be a big sci-fi hit.

Stoker is another movie to watch out from as the drama/horror looks set to be another interesting ride.

The movie was penned by actor Wentworth Miller while Mia Wasikowska, Nicole Kidman and Matthew Goode are all on a very exciting cast list.

After India's father dies, her Uncle Charlie, who she never knew existed, comes to live with her and her unstable mother.

She comes to suspect this mysterious, charming man has ulterior motives and becomes increasingly infatuated with him.

We have already talked about some of the great casts that are on display this year and Side Effects boasts another impressive line-up.

Channing Tatum, Jude Law, Rooney Mara and Catherine Zeta-Jones all star while Steven Soderbergh is in the director's chair.

A provocative thriller about Emily and Martin (Mara and mTatum), a successful New York couple whose world unravels when a new drug prescribed by Emily's psychiatrist (Law) - intended to treat anxiety - has unexpected side effects. 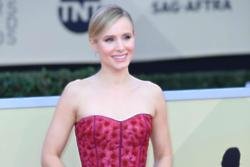 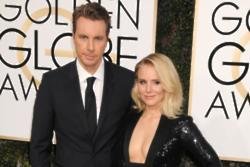 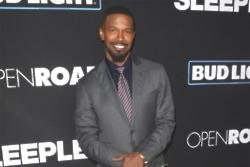 Jamie Foxx: You can't be fit without eating