Soon to star in prohibition gangster epic Lawless, Shia LaBeouf has grown into a seasoned and respectable actor. It seems like only yesterday we were watching the adorable and goofy Shia charm families in his dorky role on TV show Even Stevens - so hard to believe that was only ten years ago.

It’s no surprise he is on the road to becoming one himself. In his role as Jack in Lawless, the talent Shia possesses has never been more evident. Take a look back through LeBeouf’s career in pictures...

He was only 12 years old when he brought his boyish charm to the screen in his first film The Christmas Path!

It makes us happy inside his adorable expressions have stayed with him throughout his career. 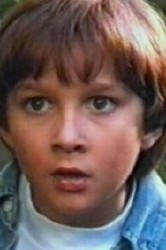 It’s almost forgettable that this amazing actor got his big start on the hit American comedy series Even Stevens!

He has come so far from the dorky kid on the block and annoying little brother he played as the show’s main character. 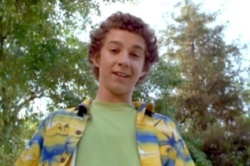 This was LaBeouf’s first big film break and it was Disney and it was huge. The movie Holes, adapted from the widely praised novel of the same name by Louis Sachar, put LaBeouf in the spotlight as a talented young actor with endless potential. His role as Stanley impressed the world. 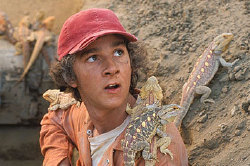 Now that Hollywood was taking LaBeouf seriously, they put him alongside big name actor Will Smith in I, Robot. Though his role as Farber wasn’t big, he was one of the most memorable and lovable in the film. 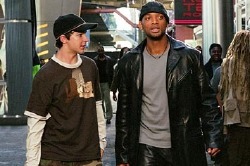 LaBeouf shines once again when he stars in the biographical sports film The Greatest Game Ever Played.

He takes his role of golf legend Francis Ouimet to a whole new level of talented - we feel Shia growing up not only as a man but also as an actor in this film. Sniff Sniff.

Click here to buy The Greatest Game Ever Played on DVD 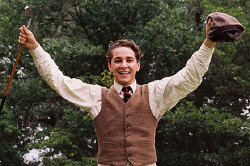 He continues to prove himself as a diverse actor the cinematic hit Disturbia. He plays a teenager on house arrest who discovers his neighbour is a serial killer – not to mention LaBeouf is beginning to become quite the looker.

His fan base skyrocketed and the posters started going up on teenage walls everywhere. 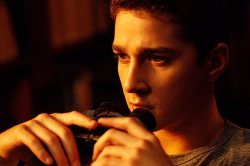 And then Shia became a blockbuster boy. The whole world knows his name now from his role as Sam in the famous Michael Bay robot actioners.

LaBeouf, alongside Megan Fox and Optimus Prime, created one of the most successful franchises in movie history. The fourth installment is due in 2014.

Click here to buy Transformers - Revenge Of The Fallen on DVD 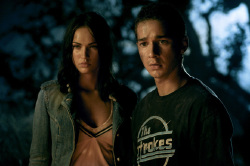 LaBeouf added another notch to his blockbuster belt with this one. Plus, you kind of know you’ve made it to the top when you are in a Steven Spielberg film.

The fourth instalment of the Indiana Jones adventures starred our lovable Shia as Indiana’s son and sidekick. 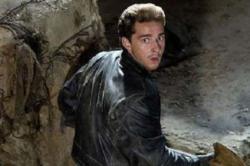 We start to see the transition from Blockbuster boy to a more dramatic actor when LaBeouf stars in Oliver Stone’s Wall Street: Money Never Sleeps alongside Michael Douglas - but he stays completely adorable.

He takes on and owns the role of Jacob Moore, a top propriety trader who gets in the caught middle of the 2008 financial crisis and a rocky father-daughter relationship. 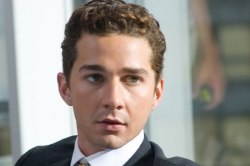 LaBeouf is going to amaze audiences come September 7th in his most powerful role yet.

In the upcoming gangster epic Lawless, a movie adapted from the novel The Wettest County in the World, Shia plays Jack Bondurant, one of three wild brothers caught up in a dangerous bootlegging ring in prohibition America.

He joins acting veterans Tom Hardy, Gary Oldman, Guy Pearce and the beautifully talented Jessica Chastain - making it one of the best ensemble casts of the year. We smell major nominations on the horizon for this one. 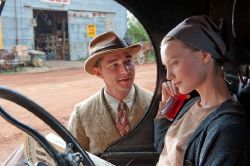 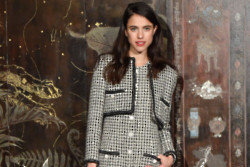