To get ready for the Blu-ray and DVD release of The Cabin in the Woods on Monday, we looked further into the idea of cabins and scary movies. There are many films that use an isolated cabin as a scary plot device that often leads to a psychotic killer lurking nearby.

The Cabin in the Woods is no exception as the plot follows five friends who go to a cabin- with no idea about the horrifying future that awaits them. Here are some other memorable scary movies that feature an isolated cabin:

This cabin classic is made from horror and gore expert, director Eli Roth, whose other films include the disturbing Hostel movies.

Cabin Fever features five friends staying out in a cabin for the weekend of drinking and good times. The fun ends when they all become infected with a flesh eating disease.

The disease travels through their drinking water at the cabin but by the time they figure this out it’s already too late. Prepare yourself for the blood, guts and brutality that are often associated with an Eli Roth production. 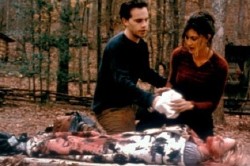 - The Last House on the Left

Originally released in 1972 by Wes Craven and then remade in 2009, this film depicts revenge in its sweetest form.

After kidnapping and brutally attacking two girls, a group of escaped convicts seek refuge for the night at a couple’s vacation home in the woods.

However, what the convicts don’t know is the sweet couple housing them for the night are actually one of the victim’s parents. That’s when the gruesome revenge begins. Whether you watch the classic or remake, you’ll need a strong stomach to handle this one. 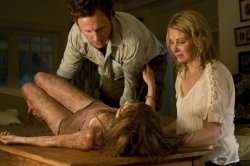 You can’t forget about the original cabin movie that made people afraid to go back to camp in 1980.

The plot resolves around a group of teenagers attempting to re-open the abandoned Camp Crystal Lake not realizing that a murderer is lurking somewhere in the camp.

It’s one of the first slasher movies ever made and has lead to a staggering 11 sequels. This film also introduces Jason, who is by far the scariest villain that ever wielded a hockey mask and a machete.

Click here to buy Friday the 13th on DVD 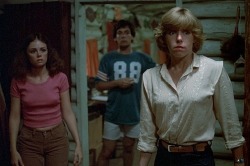 Sam Raimi’s first horror movie goes a slightly different direction from the other movies on our list. The Evil Dead features a group of friends who stumble upon an ancient tome while staying in the woods.

After reading a translation from the Book of the Dead, all but one becomes possessed by the evil trapped within the tome. The last man standing must survive the night by battling the evil demons that were once his friends.

Click here to buy The Evil Dead on DVD 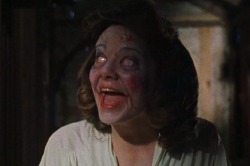 - The Cabin in the Woods

We couldn’t have this countdown without featuring the scariest cabin ever placed within a film. This cabin does much more than just set a creepy background to the story- the cabin itself is the cause of all evil.

The Cabin in the Woods breaks all the horror movie clichés to bring you a truly terrifying story with the most unpredictable ending of them all. Check out the Blu-ray and DVD, available on September 24th from Lionsgate. I guarantee you’ll never want to stay at a cabin again.

Tagged in The Cabin In The Woods 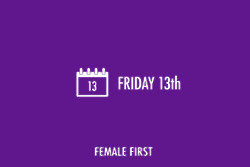 Friday the 13th: Why is this day so unlucky?