Throughout the history of horror film, there have been many groups of friends placed into a horrifying setting, which in turn becomes a riveting plot device. It also makes for a great movie to watch with your own group of friends late at night.

With the upcoming release of The Cabin in the Woods on Blu-ray and DVD this Monday, here are some top horror movies that feature a group of friends being terrorized.

On a quiet suburban street named Elm Street, a group of teenagers begin to fall victim to Freddy Krueger, a razor-clawed killer who haunts their dreams. The teenagers soon realize they need to stick together to stay awake since their parents don’t believe them.

But how do you defeat a killer who lurks in your dreams? This is horror film master Wes Craven at his best and also features a baby-faced Johnny Depp in his feature film debut. Need I say more? 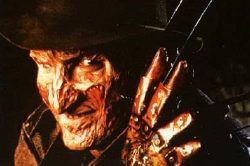 Urban legends like conjuring Bloody Mary in the bathroom mirror or a killer hiding in your backseat have been around for generations. This movie twists all those old tales by using them as part of a killer’s sinister plan.

Students taking a Folklore class at a New England university must catch the killer before they end up as the tragic endings to those well-known urban legends. 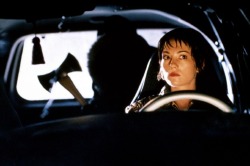 After a teen has a vision of their Paris flight crashing, he prevents the accident by getting him and his friends off the plane in this supernatural-horror film.

An angry Death soon hunts down the teens by staging ‘accidental death’ like a house setting on fire or having one teen’s car die on the train tracks with a train quickly approaching.

This movie proves that Death is one debt collector that you definitely can’t avoid. 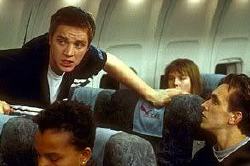 - I Know What You Did Last Summer

What better way to bond with your friends then run over a stranger and dump the body in the ocean? One year after that gruesome accident, a mysterious note shows up stating ‘I know what you did last summer’ and the games begin.

A lone fisherman, who may or may not be the hit-and-run victim, enacts revenge on the group by slashing them one by one with his fisherman’s hook. 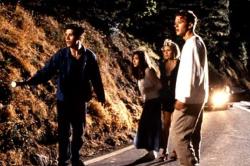 After her mother is murdered, a teenager and her friends find themselves stalked by a killer who loves scary movies. This film combines comedy and horror together to poke fun at all those old movie clichés.

The killer, Ghostface, uses trivia and the ‘rules for surviving a horror film’ to taunt and kill his victims. Some essential rules are don’t drink, don’t do drugs and never say ‘I’ll be right back.’ I hope you’re taking notes. 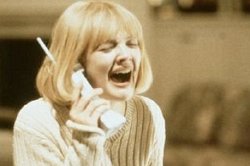 - The Cabin in the Woods

The Cabin in the Woods becomes the master of exploiting horror movie clichés while still delivering a scary and intense ride. These five friends need a break from their stressful college, so a weekend trip to the cabin to party sounds perfect.

What happens next changes the horror movie formula forever. Don’t even try to guess what happens- just go check out the Blu-ray and DVD yourself when it’s released on September 24th from Lionsgate.

Tagged in Final Destination The Cabin In The Woods 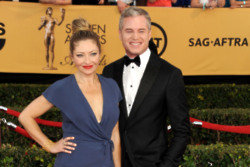 10 Things You Never Knew About Eric Dane And Rebecca Gayheart 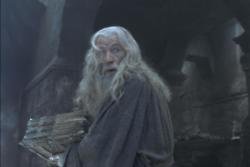