The Hobbit: Meet The Dwarves

The Hobbit: An Unexpected Journey is one of the most highly anticipated movies of 2012 as we return to Middle Earth for the first time in nearly a decade.

And while we are going to be seeing plenty of familiar faces and characters return all of the dwarves that we will be introduced to are new characters.

So let's meet them and the actors that are taking on the roles:

Thorin leads the band of dwarves on their quest to reclaim what is theirs from the dragon Smaug.

Thorin is the son of Thráin, son of Thrór, King Under the Mountain and is played by Richard Armitage.

This is the biggest role of Armitage's career to date after making a name for himself in TV with the likes of Spook and Strike Back.

Thorin may be the leader of this company but Armitage admits that he is a character who suffers with self-doubt as he is unsure that he can be the leader that they need.

Dwalin is the son of Fundin and younger brother of Balin and the first dwarf to arrive at Bag End to enlist the help of Bilbo Baggins.

Graham McTavish is set to play Dwalin in the movie - an actor who has juggled movie and TV work throughout his career.

McTavish has worked on movie such as Secretariat and Columbiana and this is his first major role in a big blockbuster film.

Balin is the brother of Dwalin and in mentioned in The Lord of the Rings: The Fellowship of the Ring as the cousin of character Gimli.

Balin is the second eldest dwarf in the company, Thorin being the oldest, and is the second to arrive at Bag End behind his brother.

Ken Stott is best known for his UK TV work but has enjoyed a career that has seen him juggle film, TV and theatre work.

The Hobbit trilogy is the biggest movie role for Stott to date.

Fili is one of the twelve companions on the Quest of Erebor and is the brother of Kíli and the son of Dís.

Fili is one of the youngest dwarves on the mission, along with his brother, and he is one of the characters who is often used as a scout.

Dean O'Gorman, an New Zealand actor, takes on the role of Fili in the movie - taking over from Rob Kazinsky who dropped out of the project.

O'Gorman is not a huge name outside of his native New Zealand but all that is set to change with this trilogy.

Kili is the brother of Fili and the pair are the nephews of Thorin Oakenshield.

Aidan Turner made his name in British TV and really grabbed everyone's attention with Being Human on BBC Three.

The Hobbit: An Unexpected Journey is only the second feature length film for the actor after appearing in Alarm.

We will be seeing him on the big screen next summer as he is set to star in The Mortal Instruments: City of Bones.

Dori is the brother of Nori and Ori and is widely regarded as one of the strongest member of the company.

But disaster strikes for Dori when he drops Bilbo Baggins as he carries him through the tunnels of the Misty Mountains.

Mark Hadlow will play Dori and he is an actor who has worked with Pert Jackson before on King Kong.

King Kong was his biggest role to date before he reunited with the filmmaker for this trilogy.

Nori is the brother of Ori and Dori and is played by Jed Brophy.

Brophy is another actor from New Zealand who is no stranger to working with director Peter Jackson having appeared in Braindead, King Kong and The Lord of the Rings trilogy.

Ori is the brother of Norl and Dori and this role makes the big screen debut for actor Adam Brown.

The character of Ori gets a mention in The Fellowship of the Ring as Gandalf reads out his final addition to the Book of Mazarbul when it is found in Moria.

Brown is a stage actor with no film experience but this is a role that will put him on a global stage.

Óin is the son of Gróin and the brother of Gloin. The movie marks the acting debut for John Callen.

Gloin is the brother of Oin and also the father of Gimli who appears in The Lord of the Rings trilogy.

Peter Hambleton takes on the role of Gloin in the movie and the New Zealand stage and TV actor is making his big screen debut with this movie.

William Kurcher is an actor from New Zealand who has enjoyed a successful career in both TV and movies over the years.

And while he has juggled both mediums since the eighties The Hobbit will be the biggest project of his career to date.

Bofur is the brother of Bombur and the cousin of Bifur and James Nesbitt takes on the role.

James Nesbitt is an actor who has enjoyed a very successful career with the likes of Cold Feet, Murphy's Law and Bloody Sunday - roles that have shown that he is both a comedy and a dramatic actor.

And while he has appeared in the movies such as Cherrybomb, Millions and Coriolanus this will be his biggest movie to date.

Bombur rounds off the group of twelve that set off on the Quest of Erebor and he is the brother of Bofur and the cousin of Bifur.

Stephen Hunter takes on the role of Bombur in what is his first movie outing since Ladies Night back in 1995.

The Hobbit: An Unexpected Journey is released 13th December 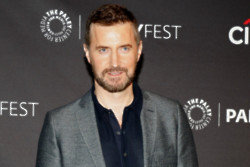 Richard Armitage: Back injury helped me get dwarf role in The Hobbit 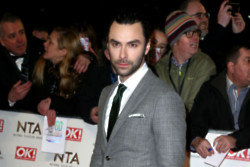 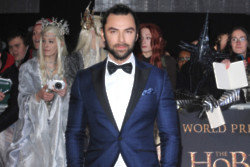 Aidan Turner 'never' wanted to be an actor