Who Should Play Johanna Mason?

This week it has been revealed that Jena Malone is currently the front runner to land the role of Johanna Mason in The Hunger Games: Catching Fire.

The second instalment of the hit franchise will see a whole host of new characters introduced as Katniss Everdeen and Peeta Mellark are sent back into the arena to battle with former champions.

So we took a look at some of the actresses who could play the coveted role of Johanna in the franchise.

Malone has been in talks for the role, and possibly has been offered it.  and while she is an actress who has worked steadily for many years she is really looking for that movie and that role to catapult her onto the A-List.

In the last couple of years she has worked in TV with roles in Dakota and Hatfields & McCoys but her movie credits include Sucker Punch and Pride and Prejudice.

She is the perfect age to take on the role of Johanna, who is a few years older than Katniss, but I am not sure whether she has the right presence for the bitchy but tough Johanna.

Kristen Bell has always been a ballsy actress, really making her mark with TV series Veronica Mars before going on to star in movies such as Forgetting Sarah Marshall and Couple Retreat.

She is an actress that deliver a character who does have a tough and prickly exterior, which Johanna definitely does.

On top of that Bell is a well known face that would be great addition to the cast list without being to A-List.

Olivia Wilde is an actress who has already shown off her blockbuster and action credentials in the likes of Tron: Legacy and Cowboys & Aliens.

While she been a popular actress in recent years with the work that she has done she is, similarly to Malone, still looking for that role to propel her up the Hollywood ladder.

Mila Kunis is an actress who has really shown herself to be a real talent in recent years as she has moved from drama such as Black Swan to comedies like Friends With Benefits.

But she is an actress who is perhaps the closest to the description of the character in the book; wide set brown eyes and an age that is close to Katniss.

But there is a real presence about Kunis that is not in your face or overpowering and that is just what you need for an important support character.

It seem like Natalie Portman's name has been banded around for just about every role at the moment and just like she has been suggested by fans for Anastasia Steele in Fifty Shades of Grey she has also be put forward for the role of Johanna.

Portman already have one franchise on her hands with Thor but there is just something about Johanna Mason and the way that she is portrayed in the book that doesn't sit quite right with this actress.

Other names that have been thrown around in recent weeks include Michelle Trachtenberg, Kat Dennings and Oscar nominee Rooney Mara.

Filming on The Hunger Games: Catching Fire is set to get under way in September. 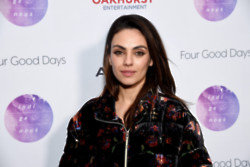 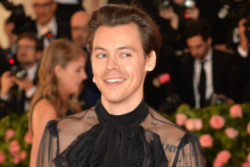 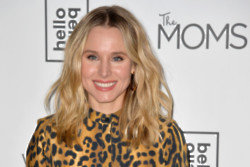