The gangster movie is one of the most exciting film genres and makes a return this week in the form of Gangster Squad.

Over the years we have seen some of Hollywood's biggest directors at the helm of some of these great movies and Ruben Fleischer is set to join those ranks with this new movie.

And so we have taken a look at some of the director's who have been behind some of cinema's most iconic films.

Some of Martin Scorsese's best work has come in this genre - his last foray into the world of the gangster finally bringing him a Best Director Oscar.

It was Mean Streets that really announced him as a filmmaker in 1972 and since then he has never really looked back.

Into the nineties and Goodfellas hit the big screen and this movie is widely regarded as one of the best movies in this genre of all time.

The movie was based on the book by Nicholas Pileggi, who also penned the screenplay, and followed the crime exploits of Henry Hill - played by Ray Liotta.

The movie perhaps should have won Best Picture and Best Director but Scorsese would have to wait.

Casino was next in 1995 but it was The Departed in 2006 that was to be Scorsese's mammoth hit. The movie was not only a hit at the box office but it was also a hit with the critics and the Academy as the movie picked up Best Film and Best Director.

Brian De Palma has also found success in the gangster movie genre as he has produced three classic in this genre in his career.

He kicked off his trio of successes in 1983 when he brought Scarface to the big screen.

The film was a remake of the 1932 movie and followed Tony Montana as he arrive in Miami and started to make a name for himself.

The role of Tony Montana remains one of Pacino's most famous in what was a knockout performance from the actor.

Scarface is one of the greatest movies in this genre and is as great a movie today as it was thirty years ago.

In 1987 De Palma returned to this genre with The Untouchables - which was based on the autobiographical memoir by Eliot Ness and Oscar Fraley.

The movie was a box office success and The Untouchables was nominated for four Oscars.

In 1993 De Palma reunited with Al Pacino for Carlito’s Way which was based on the novel by Judge Edwin Torres.

The movie may have struggled at the box office when it was released but it has since gained a cult following.

Sam Mendes has only directed one gangster movie in his filmmaking career but boy was it a good one.

After the success of American Beauty the director when straight into Road To Perdition - which saw him team up with Tom Hanks and Paul Newman.

Road To Perdition really is one of the best gangster movies of recent years and was an adaptation of the graphic novel by Max Allan Collins.

The performances from Hanks and Newman were simply terrific while it was also one of the early American movies for Daniel Craig.

Despite delivering a fantastic film this is not a genre that Mendes has returned to.

You have got to love a Quentin Tarantino movie and his two best films have been in the gangster genre... of course I am talking about Reservoir Dogs and Pulp Fiction.

Reservoir Dogs was released back in 1992 and marked the debut of the flamboyant filmmaker.

The movie gave audiences a first look at the nonlinear storylines and stylistically excessive violence that he is now so famous.

Gangster movies are usually all about the action and the heists but Tarantino had a very different viewpoint as he never shows the diamond theft that this movie hinges on.

Instead this is very much a character based movie that tests the loyalty that lies between group of criminals and the decisions that got them to this place.

Reservoir Dogs is one of the great movies of the genre because it was so different to everything else in the genre.

He returned to this genre in 1994 with Pulp Fiction which was one of the most influential movies of the decade.

Pulp Fiction still remains one of the most commercially successful independent movies as Tarantino once again highlighted the growing interest in this genre of film and it could do well at the box office if marketed successfully.

The film went on to be nominated for a Best Picture Oscar and remains his greatest movie.

But of course you cannot talk about directors in this genre without discussing Francis Ford Coppola who delivered the most iconic gangster movie of all time.

The Godfather is forty years old this year and it was a movie that cemented Marlon Brando as an icon and kicked off the career of Al Pacino.

Forty years on The Godfather remains unparalleled in this genre - with only Part II coming close.

This is an incredibly rich movie that looks at family, family ties and family loyalty and it has shaped the gangster films that have come after it. 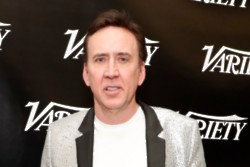 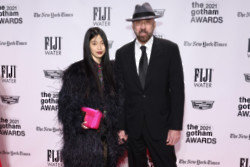 Nicolas Cage was 'really hoping' for another child 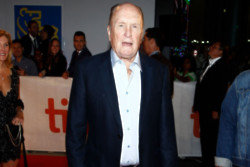