The UK Jewish Film Festival: The Women To Watch Out For

Following this year’s Cannes Film Festival when not one of the films in competition for the Palme D’Or was directed by a woman, the 2012 UK Jewish Film Festival is proudly presenting a number of outstanding titles by female writers, directors, and performers.

Foreign Letters, (November 4th, Phoenix London), a sweet tale about the precariousness of teenage friendships, was written and directed by the multi-award winning screenwriter/director Ela Thier.

Ela is a prolific filmmaker and an accomplished painter, singer-songwriter and actor; in her 20s she was a full-time scholar of Talmud and Jewish law. Foreign Letters is set in Connecticut in the 1980s and boasts excellent performances from its two young female stars: Noa Rotstein (Ellie) and Dalena Le (Thuy).

For the sixth year running the Pears Foundation will be screening the two winners of the Pears Short Film Fund: That Woman, written by playwright Amy Rosenthal (below, left) and starring Ben Caplan and Maureen Lipman is a touching comedy drama set in London where thirty-something Danny is struggling to come to terms with a recent break-up.

Hannah Cohen’s Holy Communion, written by Lana Citron (below, right), is set in Dublin in the 1970s and explores a rarely glimpsed Ireland as seen through the eyes of spirited seven year old, Hannah Cohen. The two shorts will be screened on November 4th at the Soho Hotel in London

The internationally renowned Swedish director Lisa Ohlin will be guest of honour at the screening of her wonderful adaptation of Marianne Fredriksson’s novel, Simon And The Oakes on November 6th and 7th at Glasgow Film Theatre and November 14th at the Phoenix in London.

This extraordinary tale of a life-changing journey received a record of 13 nominations and two awards at Sweden’s Guldbagge Awards.

In this tragic-comic voyage through dating nightmares, shabby apartments, endless cups of soya latte, and the oft misguided advice of her flatmate Oded, Taliya navigates the horrors and hilarity of online dating. "I went on forty-five dates on a row," says Taliya. "Some mad, some bad, some boring and some wildly amusing. At the end of this search I did find it. That thing called love."

On November 10th Australian director Cate Shortland’s Lore will have an exclusive preview at the Tricycle Cinema in London; Lore won the Audience Award at the Locarno International Film Festival 2012 and tells the story of Germany’s transition from conqueror nation to occupied state and a young girl’s transition from naive, indoctrinated Nazi to political activist.

The film stars the young actress Saskia Rosendahl who will be giving a Q&A after the screening.

Following the relationship between a young girl and her estranged father, this beautifully shot and paced film is ultimately about finding safety and security with the people you love and trust. Born in 1979 in Israel, Maya studied at the London Film School and the Sam Spiegel School of Film and TV in Jerusalem.

German-Canadian director Alexa Karolinski has made one of this year’s most heart-warming documentaries: Oma And Bella, (November 11th, Everyman Hampstead, London) two of Berlin’s cheekiest pensioners, Regina Karolinski and Bella Katz, take the viewer on a tour of their wonderful world via their delicious cooking.

Alexa’s grandmother Regina and her friend Bella answer questions about heritage, memory and identity and about their experiences as Holocaust survivors.

In The Other Son, by French writer-director Lorraine Levy (November 11th, Tricycle Cinema, London), two baby boys, Joseph and Yacine, are accidentally switched at a clinic during the first Gulf War.

One is an Israeli, the other is Palestinian...one wants to join the Israeli Air Force, the other grows up in the West Bank and then Paris - at the age of 18 they discover the truth and a tsunami of emotion in their families is unleashed...

His People, a black and white silent movie which was made in 1925 by the prolific British-born director Edward Sloman, will screen at the Barbican cinema on Tuesday November 13th as part of the UK Jewish Film Festival.

The film will be accompanied by live music improvised for the first time on the night by the critically acclaimed klezmer violinist Sophie Solomon together with three of London’s finest musicians from the jazz and classical scenes - Ian Watson (accordion), Grant Windsor (piano) and Quentin Collins (trumpet).

Maus has, since its publication in 1992, attracted an unprecedented amount of critical attention for a work of this content in the form of comics, was translated into 18 languages and honoured by the Museum of Modern Art in New York with a specially staged exhibition.

Clara Kuperberg and her sister Julia run the French production company Wichita Films and specialise in making documentaries and films about history, society and American culture.

On November 18th, the closing night of the Festival at the Tricycle Cinema in London, British director Helen Benigson’s Talmy will screen with the brilliant The Last Flight Of Petr Ginz which won the Yad Vashem Chairman’s Award at this year’s Jerusalem International Film Festival.

Helen’s documentary film is about Thelma, a women born in Poland in 1936 and her extraordinary, poignant journey through life. 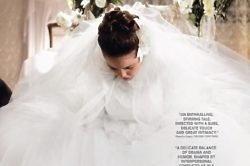 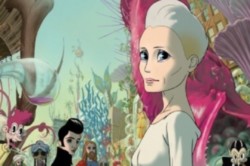 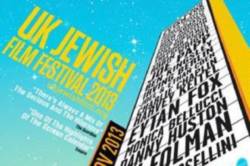