We have had a fair few romantic comedies grace the big screen in recent weeks but now Anna Faris joins forces with Chris Evans for this Mark Mylod directed movie.

Anna Faris plays 'Ally' in this edgy romantic comedy about a woman who reads a magazine article claiming that 'women who have had 20 or more partners in their lifetime have a good chance of staying single for life.'

After counting the men in her own life, Ally begins to lose hope of every getting married.

Vowing not to exceed her current number, she enlists the help of her handsome neighbour (Chris Evans) and becomes obsessed with tracking down her old boyfriends to see if she may have missed 'the one.'

Ok this movie is as deep as a puddle and is sooooo predictable I could have written the screenplay myself.

However that is not to say that there aren't some funny and. at times, quite charming moments as Ally tries to find 'the one'.

There is a great chemistry between Faris and Evans from the start there budding relationship is genuine and the most fun part of the movie.

But I will say the script does try and get them in as few clothes as possible as often as possible - not quite sure what all that is about!!!

This is silly and it is cheesy but you can't help but get swept along with the characters and the story - despite the fact that you know what is going to happy at the end!

Sadly What's Your Number is not as great as some of the rom-coms that we have seen in recent weeks but there is just something about Faris and Evans that makes this film watchable.

Faris is  sweet natured and cute while Evans has this real charm about him that you find yourself rooting for them to get together.

And it's thanks to this partnership that the story is pushed forward and kept interesting - they really do do the best with what they have.

Ok so this is not the best comedy that you are likely to see this year but it does have a good heart to it and it well worth a watch to pass a couple of hours!

What's Your Number is out now 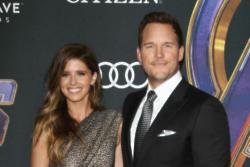 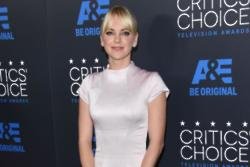 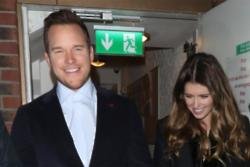 Katherine Schwarzenegger and Chris Pratt 'so happy' with pregnancy news