A day in the life of Oscar-nominated Hair and Makeup Designer, Lizzie Yianni-Georgiou

This week (December 16th, 2019) has already been a huge one for Hair and Makeup Designer, Lizzie Yianni-Georgiou, after she found herself making the shortlist for an Oscar thanks to her work on music biopic, Rocketman. Ahead of the announcement, we asked Yianni-Georgiou to let us in on what it's like to spend a day in her world, and specifically, what it was like working with the big stars of Rocketman. Here's what she had to say... 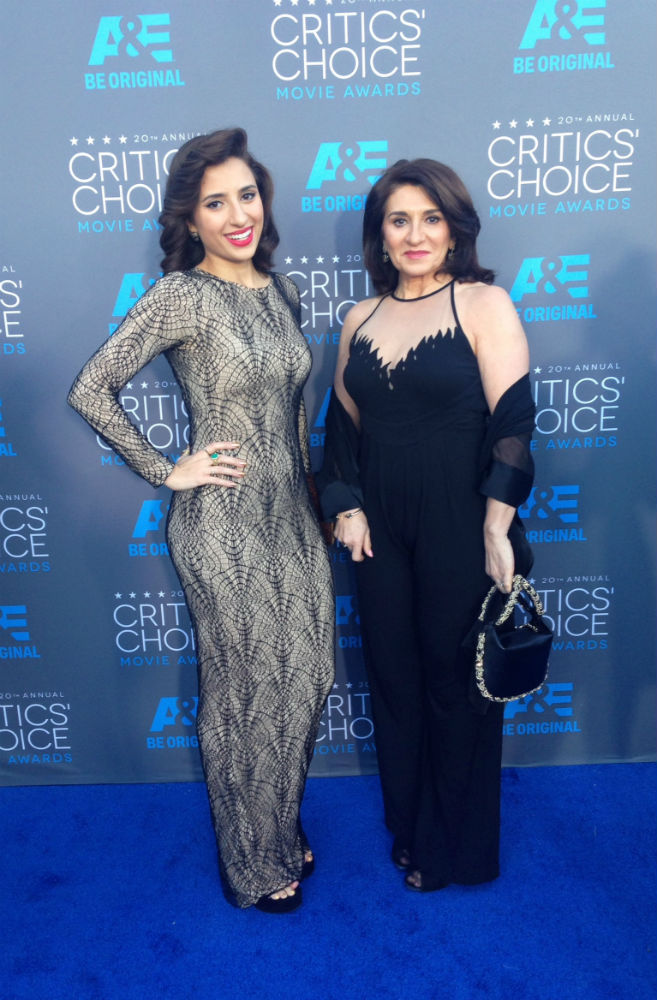 On a normal shooting day [on the set of Rocketman], I’d typically be up for around 3am; I use that quiet time to get on top of emails and admin. Once that was done, I’d drive to wherever we were shooting on that particular day and get to the base trailers around 5.30am to check and set the various looks, ahead of cast coming in.

I always like to be one of the first people there to oversee the team and make sure the rest of the cast who were coming in for hair and makeup [would be taken care of]; and that all was going as planned. For example, if we were shooting with Gemma Jones and Bryce Dallas-Howard, I pop in and say 'hello', check that everyone was on the right track regarding the looks we were setting for the start of the day, and help if any was required. Sometimes scenes are changed around for various reasons so it’s good to make sure everyone has had the brief.

I would also visit the supporting artists' makeup and hair room to make sure all was running smoothly and answer any questions, [as well as] picking and choosing any last minute looks.

We had two makeup trailers at the base: one big makeup bus with nine seats and a wig room that was attached to it - and that’s where most of the cast would have their hair and make-up applied and where the fittings, colouring, cutting and styling, as well as the tests for looks would take place.

We also had a smaller bus where all the magic happened for Taron [Egerton]’s hair and makeup. Taron's trailer was sectioned off, which gave us privacy and quiet; the aim being to get him ready in as fast a time possible with no interruption. The other section of that trailer had a further three seats and was used for Jamie Bell.

Typically, Taron would arrive around 6.30am and we’d get him straight in the chair to start applying his first look of the day. 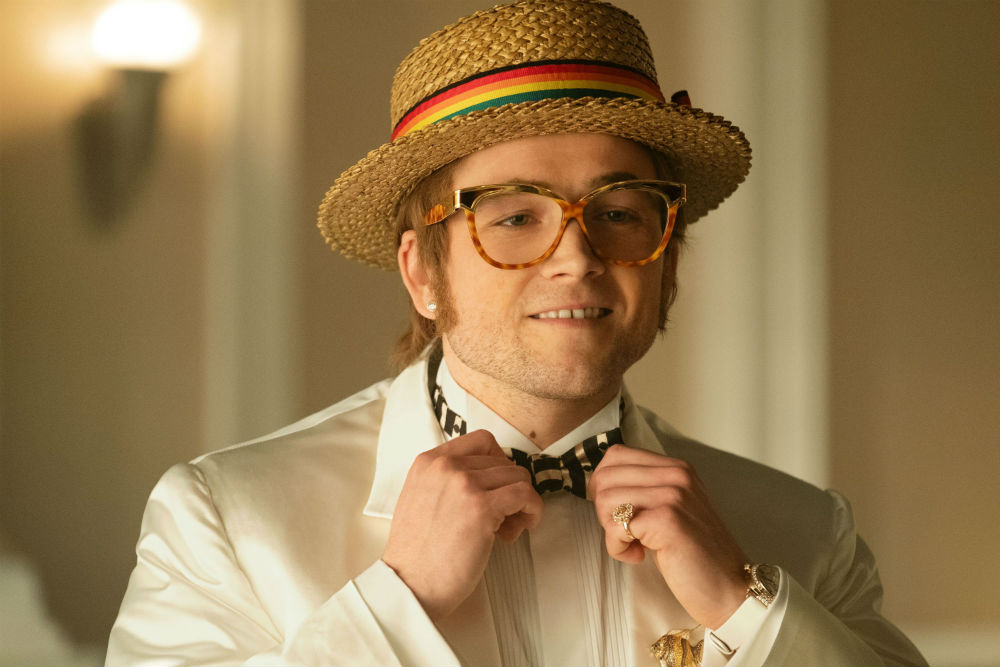 We only had 12 weeks to shoot the entire movie, so we often had to shoot multiple scenes from different eras on the same day, which meant that we had to apply up to three different looks and turn them around really quickly, and this was the same for all the actors.

To manage all of the change overs, we made a wall-chart which would tell us which character was having which look applied for which scenes, and that’s how we were able to keep track. This chart was a saviour as it was discussed in great detail with the Assistant Director and his second Assistant; this meant he was aware of where and when the schedule would need a 'buffer' scene to shoot, whilst the set was waiting for us to change the looks.

It’s very important to work closely with the Assistant Director so we are all on the same track. Our timings for each look were also set on the chart; these became shorter the more times we had to do the looks but generally these timings have to be recorded and adhered to in order for the whole crew to be able to make their shooting day.

With Taron, depending on which look he was starting with that day, I’d prep his skin with moisturiser after he shaved - or not, dependant on look! He had a skin base and contouring, for every look I would have to apply sideburns, little eyebrows knotted into lace then blended into his own brows, then either take the shadows out from under his eyes or add to what was naturally there. I applied a skin illustrator enamel over his teeth which helped create Elton John’s distinctive tooth gap that he’s famous for. Taron wore wigs for four of the looks out of five he has as Elton in Rocketman. 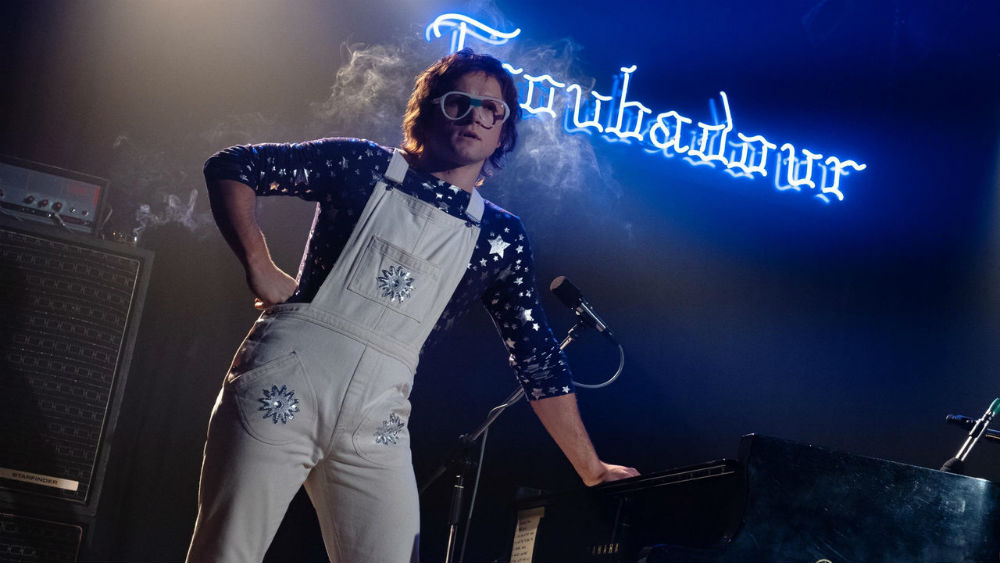 In the scenes where Elton is older, I would shave back Taron’s hairline by about four to five inches and then have to apply skin tone over the area to hide the fact that I had given him a male pattern baldness hairline! I also removed hair from his crown to make it more see through for a hair loss illusion. This method was so successful.

This look was worn for his LA scenes and for the underwater work. It meant I could concentrate on making sure the brow pieces, sideburns and worn-out makeup could be concentrated on without having to worry about keeping a bald cap and wig on under the water!

In the final part of the film, when Elton goes to rehab, he wore a bald cap with a more balding wig over it, showing a more profound male pattern baldness, prosthetic pieces [for] eye bags, nose to mouth pieces, crows feet, eyebrow pieces, sideburns and makeup. Taron wore four wigs for the five looks in the film spanning from 1960s, 1965/70, 1970/75, 1975/80/86; they were vastly different for each era of Elton’s life, so we’d also have to prep his hair ready for that.

Taron’s hair also had to be dyed too, to make sure it matched the colour of the wigs. As was his hair on his chest and arms to bring him closer to Elton’s look.

Once Taron’s first look was completed, we’d head to set and the shoot would begin about 8.30am. But just before, I would run over to the supporting artists' room and take part in a line-up of the looks with the costume designer to inspect and pass the looks created.

We’d shoot right through until about 1pm and at that point, we’d break for lunch. On an 11-hour day, you’d get half an hour; on a 10 hour day you work through continuously and eat as and when you could.

If more than one era was being filmed that day, we would get the dancers and crowd ready into their second look, and then the lead actors in the scene would come to have their first look taken off, and their second look applied. To stop the skin becoming irritated, I would remove make-up with a warm towel, and then apply a cold towel to settle the skin before starting to apply the new makeup.

Because I knew that Dexter [Fletcher, Director] was going for lots of close-up shots in the film, I’d often be in his tent where he had bigger monitors to ensure that the makeup and prosthetics passed the test on camera and that the wigs stayed in place. 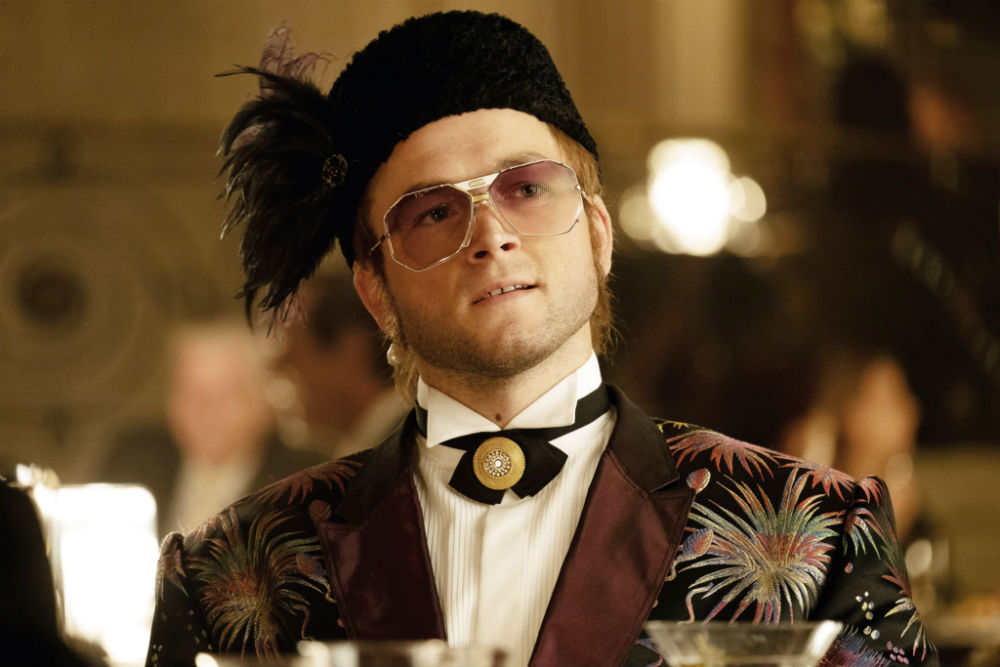 Between takes, I’d trail Taron to touch up the look.

Sometimes I would be rushing between the Director’s tent, the makeup trailers and the crowd room to supervise my team, because characters were still being cast all the way through and test shoots were going on, so I had to be there to see oversee. I’d rush back to set to trail Taron or get him into another look.

The shoot day is 10 or 11 hours; we have at least two or three hours earlier in the mornings and an hour at least at the end of the day. If we were using public locations we would also work a Saturday, because that’s when we could get access to each location. We used multiple studios including Bray Studios in Windsor and Greenford Studios where the fairground scene was filmed. That entire set was built on a tarmacked carpark. When we were filming that scene it was difficult to trail Taron because he was dancing, and then in one continuous shot he moved from the fairground and into the pub. It had been boiling hot up until that point – and then it rained on that day, which made it harder to make sure the makeup and hair stayed in place. There was roughly 250 people in that scene and all of those characters had to have period hair and makeup to ensure that they looked the part.

At the end of each day, the team and I would stay behind to prep up all of the prosthetics and wigs. We had 200 wigs and 22 sets of sideburns and eyebrows on the main team, and many more in the supporting artists' room, and this was inclusive of moustaches and beards too!

Every night we would wash the wigs that had been used and would then put all of the eyebrow pieces back onto a special block.

Then, after everything was packed away I’d head back home where I’d try and spend some time with my dog Elliot, have a bath and chill out before the next day!

My family tend to miss me whilst I’m on a project like this, but this makes for a lovely day off when the all make a fuss of me being around! 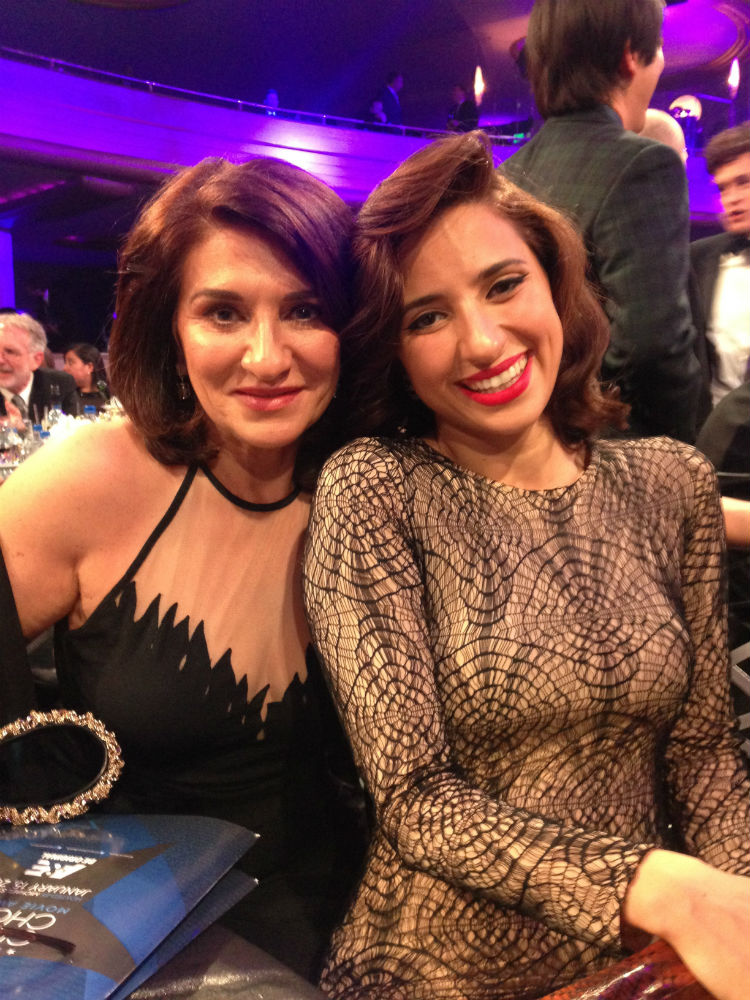 Lizzie’s work will next be seen on Working Title’s Last Night in Soho, and she will also co-produce a film written by her filmmaker daughter, Alannah Olivia, in 2020. For more information, please visit. 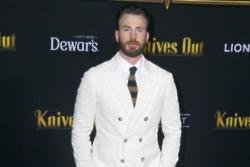 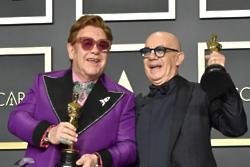 Sir Elton John would be 'nothing' without Bernie Taupin 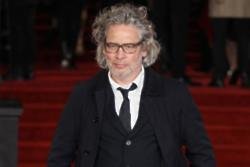 Dexter Fletcher up for Rocketman 2