Actors Who Could Play Lex Luthor

Man of Steel has been out less than a fortnight and we are already hearing casting rumours about the sequel.

Man of Steel 2 is in the pipeline and it seems that we will be getting our first glimpse of Lex Luthor.

There have been rumours swirling that Mark Strong is in the running to land the role... so we take a look at some of the actors who we think could play Luthor.

Mark Strong would have been the top of out list if we were casting this role as he is an actor who brings menace and a charm to his villainous roles.

Strong has got playing villains down to a fine art with the likes of Sherlock Holmes and Kick Ass under his belt in recent years - and there is no denying that he has the look for the film.

Strong is no stranger to the D.C. comic/film world having played Sinestro in the not so great Green Lantern - just where that movie will figure in a possible Justice League movie is unclear.

But Strong is a busy man as he is currently filming TV series Low Winter Sun and he has Provenance in the pipeline.

I have been a huge fan of Bryan Cranston for many years and he really is starting to make more of name for himself on the big screen.

If anyone has seen Breaking Bad then you will know just what a fine actor he is and he really could bring some real menace to this role.

It seems that Cranston is a bit of a fave with the fans having topped a pole run by Digital Spy earlier this week.

Cranston is currently filming Godzilla and is set to lend his voice to Kung Fun Panda 3.

Guy Pearce is another terrific, if somewhat underrated actor, who FemaleFirst think would be great in this role.

I know that we have seen him in the Marvel world this summer with Iron Man 3 but there is no reason why he cannot make the jump to D.C.

Pearce is an actor who has, on the whole, stayed away from big blockbuster projects and so I am not sure how keen he would be at the possibility of a multi-picture project.

Lex Luthor is one of the most famous characters in the Superman world and it is unlikely he will appear in just a single movie.

Pearce has already completed work on The Rover and Hateship,Loveship and he has been linked to Violet Town.

Much like Mark Strong we have already seen Tom Hardy take on the role of Bane in the Batman franchise but I don't think this should hurt his chances.

He clearly is very comfortable in the villain role as he had a real presence when he played Bane in The Dark Knight Rises.

Hardy is one of the most in demand actors at the moment and he has completed work on Mad Max: Fury Road, Animal Rescue and Locke.

He is currently filming Child 44 and is set to play George Mallory in Everest.

I don't know about you but Jason Isaacs makes a terrifying villain - and he has played plenty of them over the years.

While there can be a charm about him in these roles there is just that glint in his eye that shows he is always someone on the edge.

He may not necessarily have the star rating of some of the other potential candidates but then Michael Shannon perhaps wouldn't have been the obvious choice for General Zod.

Other potential contenders include John Hamm, Billy Zane and the fantastic Stanley Tucci. 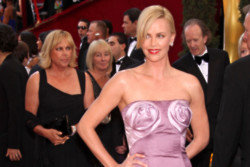 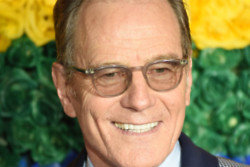 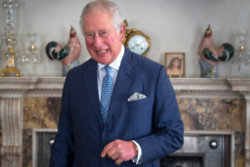