Actors Who Have Played American Presidents

Directed by Steven Spielberg the movie follows the final few years of his life and his battle to abolish slavery and bring the Civil War to an end.

The movie has been praised by the critics and picked up a whole host of awards and gongs.

To celebrate the release of the film we take a look at some actors who have played American Presidents on film over the years.

Back in 2008 Oscar nominee Josh Brolin took on the role of George W. Bush in a biopic about his life and presidency.

The movie was directed by Oliver Stone and the script was penned by Stanley Weiser.

W may not have been a huge critical or commercial hit but the central performance from Brolin was a great one.

He really got under the skin of this character and delivered a riveting performance of a man who dominated global politics for eight years.

Anthony Hopkins is one of the greatest actors of his generation and in 1995 he took on the biopic Nixon.

He took on the role of Richard Nixon in another movie that was directed by Oliver Stone.

Taking a non-linear approach, Nixon jumps back and forth between many different periods and events, from Nixon's strict upbringing at the hands of his Quaker mother, through to the ups and downs of his political career - which ended in disgrace.

It was a larger than life performance from Hopkins and while he doesn't have a real resemblance to the President he captured his mannerism and showed him as a complex human being.

For his performance Hopkins was nominated for a Best Actor Oscar - but he lost out to Nicolas Cage for Leaving Las Vegas.

Another actor who has played Nixon is the fantastic Frank Langella in Ron Howard's Frost/Nixon in 2008.

The movie followed the story behind the Frost/Nixon interview of 1977 after the Watergate scandal and saw Michael Sheen take on the role of David Frost.

Frost/Nixon was based on the play by Peter Morgan and it was Morgan who adapted the play for the big screen.

It was a gripping drama from start to finish and there was a real dual between Langella and Sheen that was incredibly intense.

But Langella is the reason to see this movie as he commands every single scene that he is in. For his performance he picked up a Best Actor Oscar nomination.

Back in 1953 Charlton Heston played Andrew Jackson in a biopic about the President.

The movie was directed by Henry Levin and it focused on his life and marriage to Rachel Donelson Robards - played by Susan Hayward.

Heston and Hayward were the driving force behind this movie and together they really were the perfect team.

Heston went on to reprise this role five years later in the Anthony Quinn directed film The Buccaneer.

We have also seen actors tackled presidents on the small screen and Paul Giamatti played John Adams in a biopic miniseries.

Tom Hooper was in the director's chair while Kirk Ellis penned the screenplay that was based on the book John Adams by David McCullough.

The series was met by critical acclaim with the show, Paul Giamatti and Laura Linny winning Golden Globes and Emmy Awards. 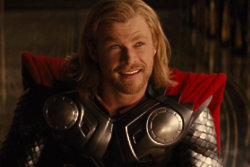