REVIEW: Zack Snyder’s Army of the Dead on Netflix

Is the much-anticipated zombie flick all it’s cracked up to be?

Army of the Dead is director Zack Snyder’s latest cinematic venture, and it’s safe to say that everyone is excited to watch this one! After his success with DC’s Justice League, fans everywhere wanted to see what his new film brought to the table. 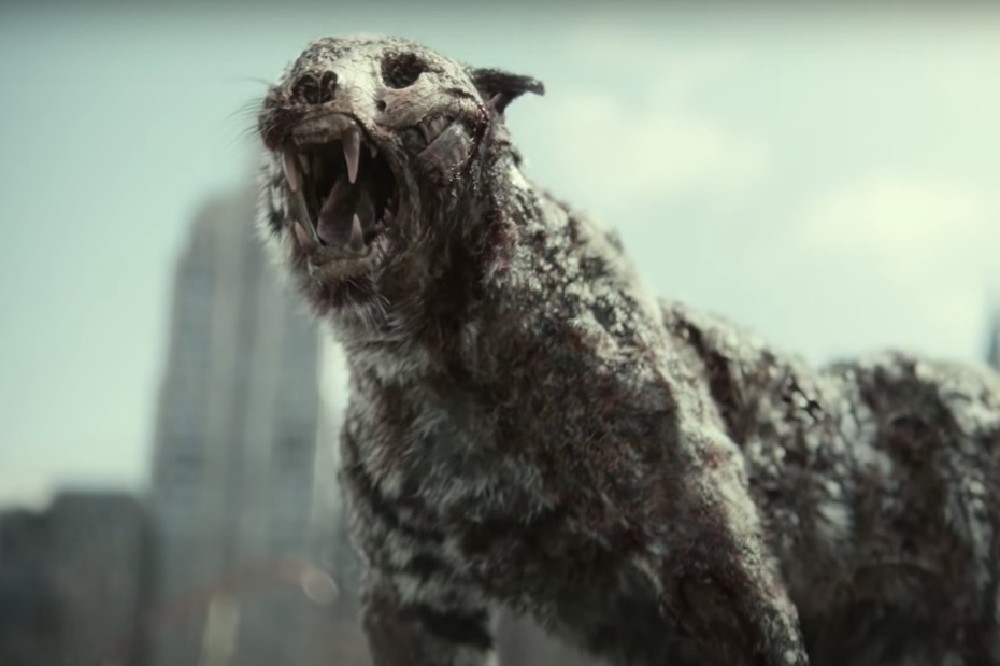 If you saw Snyder’s Justice League, then you’re probably expecting big things from the filmmaker’s newest feature. Army of the Dead hit Netflix last Friday (May 21st, 2021), and it is already the most popular thing on the streaming service.

A collision between an army truck and a civilian vehicle leads to a containment breach as something escapes its enclosure, endangering every soldier in the convoy. After killing the servicemen, the creature makes its way to Las Vegas, and thus begins the apocalypse.

The opening credits reveal the spread of the infection throughout the popular party location, as more and more people fall victim to the bite of the undead. We also see Vegas being closed off; storage containers are piled high to stop the spread, and so the strip is now home to a colossal gathering of zombies.

After fighting his way out with a few others, Scott Ward (Dave Bautista) now works at a burger joint as a chef. At work, he is approached by Bly Tanaka (Hiroyuki Sanada), who tells him of a vault in Vegas with millions of dollars still inside it.

Scott must assemble a team with his old friend Maria (Ana de la Reguera) in order to make their way to the vault under a casino to get to the $200 million, of which Scott has been promised 25% of to split any way he likes between his team.

A plan is made and the crew head in – but will their trip be as easy as they hope?

After waiting what seemed like ages to watch this film, I have to say I was in no way disappointed. Snyder has, once again, created something fantastic – which did not let fans down.

Army of the Dead starts in a similar way to Zombieland (2010), where the opening credits reveal the apocalypse unfolding in a somewhat humorous way.

This was the perfect way to begin this movie as there is so much yet to come, and using the title credits to show that Vegas has gone to the zombies was a great choice.

The build up to the team going into the contained area was great; it wasn’t too long which allowed the main story to begin sooner. I loved the way significant zombies were revealed; as the film takes place in daylight it could have been hard to show the creatures in a menacing way, but this was not the case. Snyder hid the undead behind cars and over-turned buses in order for the crew to sweat a little in fear of what is in front of them.

Snyder definitely wanted this film to stand apart from other zombie flicks, and I would say he succeeded. This film really challenged other movies like it, for example by having the infection limited to one city, and for many of the undead within to actually be intelligent.

The inclusion of a hierarchy settled into by the zombies is genius; it created a massive challenge for Scott and his team, and allowed for Lily (Nora Arnezeder) to explain what she knows about the zombies’ customs and behavioural patterns in such a unique way. I thought that this ‘zombie culture’ was so interesting, as it was something different for a film that includes the undead.

As for the plot? Brilliant. Snyder, probably unsurprisingly, has given us a somewhat simple story, but added bits in here and there that level the film up a notch and make it stand out. The plan for the crew is a simple in and out, but of course we know from the start that won’t be the case so we sit and wonder what will hit our characters.

I loved each and every twist Snyder placed in this movie, they were genuinely unexpected and I enjoyed every second of it!

One thing that cannot go unmentioned is the outstanding quality of this feature. Every single shot was clean, crisp and perfect. The blur used to replicate how a creature would slink back into the shadows when a zombie stalked away from the camera was clever to say the least, and the action scenes flowed brilliantly from one move to another. The violence was brilliantly well done also, as there was no shying away from gruesome deaths and dramatic explosions.

This film definately rises up from other zombie movies due to the differences in the narrative, plot twists and more; a heist in a contained zombie zone, the undead show intellegence and a hierarchy, a zombie tiger... among other things!

Army of the Dead is a standout movie, from the cast to the nature of the undead. I highly recommend you grab yourself some popcorn and log onto Netflix to experience this brilliant journey!

Check out the trailer for Army of the Dead below!

Godzilla Vs. Kong has been a long time coming, and since we’ve had solo films for both monsters, it was high time the Earth’s two massive titans met.

Here, we give you a spoiler free review of the much-anticipated movie, to let you know if it lived up to the hype...