One of the most critically-acclaimed Batman stories reaches its epic conclusion.

The Holiday Killer is still on the loose when we rejoin the Dark Knight’s journey in Batman: The Long Halloween Part Two. Hoping to bring the criminal to justice before even more fatalities take place, Bruce Wayne (Jensen Ackles) is struggling to find any compelling leads.

With some of the most infamous DC villains also causing him trouble, including Joker (Troy Baker), Poison Ivy (Katee Sackhoff), Mad Hatter (John DiMaggio), Penguin (David Dastmalchian) and Scarecrow (Robin Atkin Downes), it’d be an understatement to say he has his hands full. And whilst they are all utterly brilliant to watch, it’s the transformation of District Attorney Harvey Dent (Josh Duhamel) to the maniacal Two-Face that will stick with you long after viewing.

Duhamel does a perfect job with the character, displaying a range of emotions effortlessly thanks to the work put in behind the vocal booth microphone. It’s clear that he’s passionate about this project.

The late Naya Rivera also does incredibly well as Selina Kyle, otherwise known as Catwoman, as we see her and Bruce fall for one another amongst the chaos of Gotham City. The chemistry the two characters share is on full display whenever they’re a part of the same scene.

What is perhaps most impressive about not just Part Two, but this entire two-parter, is that you don’t have to be a hardcore comic book or Batman fan to enjoy it. The story is so strong that the majority of people could come into this with an open mind and walk away feeling like they’ve just experienced a gripping and captivating detective story, that just so happens to be ripped straight from the pages of DC Comics. 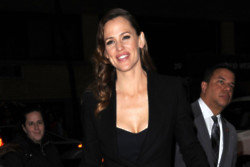 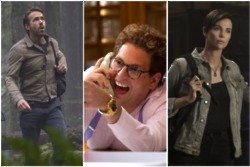 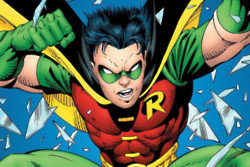