2015 has been a great year for films with a whole host of wonderful features hitting the big screen and thrilling audiences over the last twelve months.

Hard to believe that we are at the end of the year once again and we start to look back at some our favourite movies and count down the top ten... which movie will be number one this year? I guess you are going to have to wait and see.

The documentary genre has been strong again in 2015 with many movies leaving a lasting impact. However, no movie stayed with me as long as The Hunting Ground and it kicks off our Best Films of 2015 countdown at number ten.

It was back in 2012 when director Kirby Dick and producer Amy Ziering brought us The Invisible War - which look at the epidemic of rape in the U.S. military. Three years on, the filmmaking duo returned with The Hunting Ground, which explored the leaves of rape and sexual assault on college campuses in the U.S. and how some of America's biggest schools are doing nothing to tackle this huge problem.

Much like The Invisible War, The Hunting Ground is a truly haunting documentary that will stay with you long after the credits have rolled. Needless to say, it is also a movie that will make your blood boil as offenders are getting away with a disgusting crime while the victims are left with no support and made to feel like it is all their fault.

A college campus is a place where you are supposed to feel safe... instead, the victims are betrayed by some of the country's biggest schools that are more interested in sweeping all of those under the carpet rather than facing it head on.

There is a sense of dread that really hangs over this film and that is something that is so tough to shake after watching it. This is a truly devastating watch and your heart breaks and your blood boils for the way that these youngsters have been treated after their assault.

However, The Hunting Ground is a movie of hope as the victims have battled back, won't be silenced, and have dedicated themselves to travelling around the country highlighting the huge problem. These women are truly remarkable; they have turned the most devastating moment in their lives into something positive. So many of them are determined to not let it define them and set out to help others who are going through the same thing.

The fact that there has been so little support and help from the schools really will shock you - the treatment of some of the victims is disgusting - but their strength and desire to help others is truly inspiring.

The Hunting Ground is activist filmmaking at its very best as Kirby Dick and Amy Ziering demand radical change to keep college and university students safe on campus. These two filmmakers should be praised for tackling a tricky and taboo subject. They have faced this head on and have been brave enough to take on some of America's biggest and most prestigious schools.

The Hunting Ground is a movie that turned my blood cold as I did not know that this was such an issue in America. But this is a movie by the survivors for the survivors and their bravery really is astounding.

It is the real-life stories that are The Hunting Ground's most powerful and emotional core and you will feel yourself getting angrier and even more horrified with each and every story that you hear. Kirby Dick's film has given a real voice to these individuals has helped put a spotlight on an issue that continues to be swept under the carpet.

Kirby Dick is not afraid to only tell the story from the side of those whose lives have been impacted by these horrific crimes and that makes the message of The Hunting Ground all the more powerful and devastating. This is a movie that gets behind the headlines and the soundbites and is, instead, something intimate and incredibly personal and keeps the focus 100% on the survivors - as it rightly should be.

The Hunting Ground is one of the most horrifying and powerful documentaries that I have seen all year - much like The Invisible War was back in 20120 - and it is one that I know will stay with me for quite some time. While it is a difficult watch, this is a movie that you really do have to see. 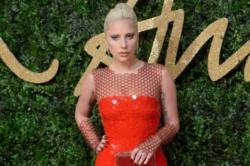 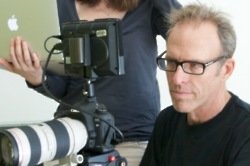 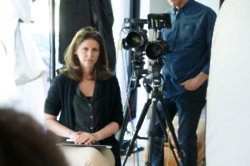