We are half way through our Best Movies of 2015 countdown and science-fiction film The Martian is in at number five. 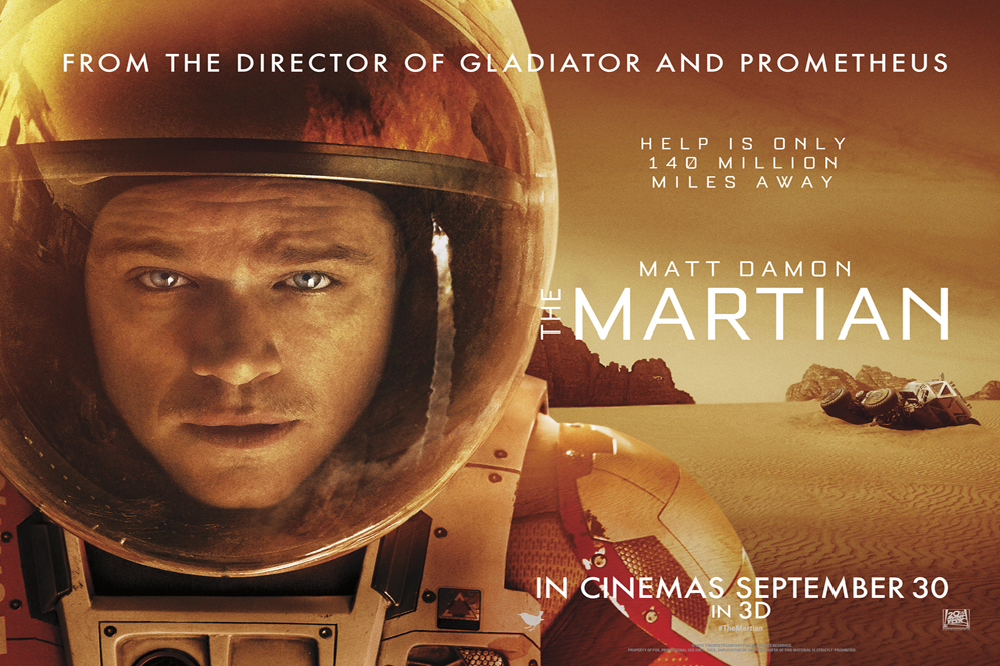 The Martian saw Ridley Scott back in the director's chair for the first time since Exodus: Gods and Kings as he returned to the sci-fi genre. The movie is a big screen adaptation of the best-selling book of the same name by Andy Weir and Drew Goddard turned the novel into a screenplay.

We are huge fans of Matt Damon here at FemaleFirst and there has been a real lack of him on the big screen in 2015. The Martian was his first leading role since The Monuments Men as he starred as Mark Watney.

The Martian is a movie that I had been looking forward to all year and it turned out to be one of the biggest and best of early autumn. It is one of the films that did not disappoint is one of the best sci-fi movies that I have had the chance to watch this year.

The Martian is a thoroughly entertaining movie that is as smart as it is slick, and funny. We have seen a whole host of space movies in recent years, but Scott has tried to make a movie that's like Interstellar or Gravity - it is a movie that is as good as those that have gone but it has a very clear identity of its own.

It really is a captivating movie and that is largely thanks to Damon's wonderful central performance. He spends big chunks of the film alone and yet he gives a riveting performance and doesn't struggle with the fact that he has no one to play off.

From the moment that you see Watney's battling spirit and determination to survive, you are well and truly rooting for him to triumph. Damon has some wonderful comedic moments and it is his performance that really grabs the audience and pull them into the story.

There are some wonderful supporting performances from the likes of Jessica Chastain and Jeff Daniels in a movie that is a true celebration of the human race's resolve.

Of course, The Martian is not all about the performances as the special effects are some of the best of 2015. Scott really does take you on a journey into space and to a whole new world; the scenes of Mars are stunning.

Of course, a movie like this does have to look out of this world - excuse the pun - but Scott has not put the look of the film before story and characters. This may be a sci-fi blockbuster, but it is very much driven by the central character of Watney and his plight is never overshadowed by the look of the film.

It is always great to see Ridley Scott back in the director's chair and he has delivered wonderful sci-fi movies time after time - he has done it again with The Martian. This is a genre where he really seems to thrive and this is another gem.

The Martian has grossed over $588 million at the global box office and is one of the most successful films of 2015. It has also picked up three Golden Globe nominations; Best Motion Picture - Musical or Comedy, Best Director, and Best Actor - Musical or Comedy.