Jason Statham is a favourite here at FemaleFirst and he is set to return to the big screen this summer as he reprises the role as Arthur Bishop. 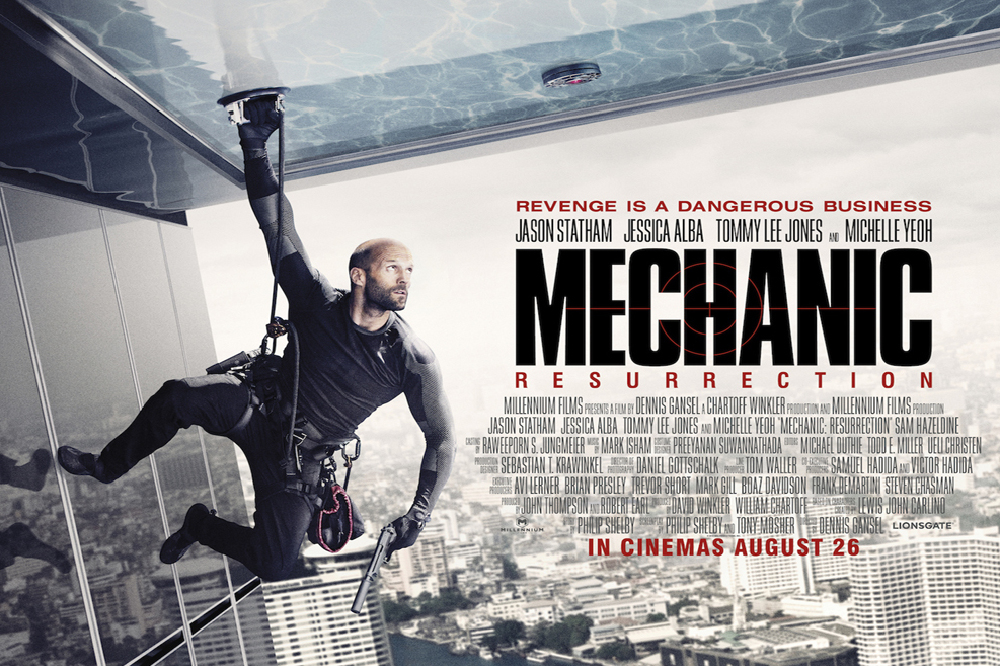 Mechanic: Resurrection comes five years after the release of the first movie and sees Statham back in the central role and drawn back into a world he thought he had left behind.

The movie is the second film in the Mechanic series and sees Dennis Gansel take over the director's chair from Simon West. This is the first feature film for Gansel since The Fourth State back in 2012.

I am a big fan of Statham in action roles and you can see him in action in this explosive new trailer. Take a look:

A great cast has been assembled for the film as Jessica Alba, Tommy Lee Jones, and Michelle Yeoh are the big new additions as they star alongside Statham.

The Mechanic thought he'd escaped his former deadly life and disappeared. But now somebody's found him, and kidnapped the woman he loves.

Neither one of them will get out alive unless he completes a diabolical list of assassinations of the most dangerous men in the world.

Mechanic: Resurrection will be the first time that we have seen Statham on the big screen since the huge success of Fast & Furious 7 last year... it is always good to see him back.

2016 has been another great summer for films and Mechanic: Resurrection looks set to round off the blockbuster season in style.