Top 5 Indie Films To Check Out This August 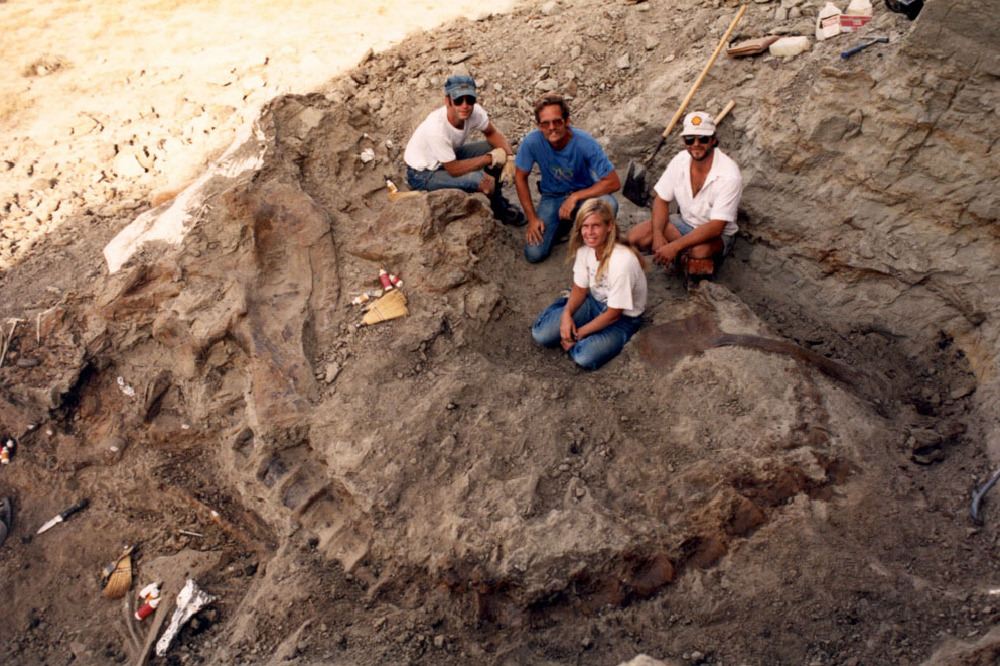 If you love your indie film, then there is plenty to enjoy on the big screen this month from horror, to documentary to comedy.

We take a look at some of the independent film that you really should check out over the next four weeks.

Blackwood is one of the British movies hitting the big screen this summer, and marks the feature film directorial debut for Adam Wimpenny.

Wimpenny is best known for his work in television and shorts, but is making the leap into feature film. J.S. Hill is also on board the project having penned the screenplay.

The thriller follows Professor Ben Marshall, who has moved to the countryside after suffering a nervous breakdown. Soon he becomes convinced something is wrong with the house and starts having visions.

Slowly, he is pushed to the brink of sanity, which puts his wife and young son in danger.

Ed Stoppard, Sophia Myles, and Russell Tovey are just three of the names that make up a great cast list.

This is not a movie that will have you jumping out of your seat, but if you like the psychological thriller, this could be worth checking out. 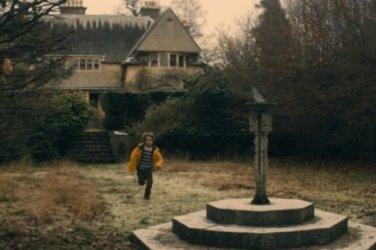 Daniel Patrick Carbone is another filmmaker making his feature debut this summer, as Hide Your Smiling Faces is set to hit the big screen.

The drama was part of the 2013 London Film Festival, and competed in the First Feature Competition.

As well as being in the director's chair, Carbone has also penned the screenplay, while we are introduced to the acting talents of Ryan Jones and Nathan Varnson.

Jones and Varnson are both making their big screen debut with this project: Varnson has no previous acting experience to this project.

After a neighbourhood tragedy, two adolescent brothers confront changing relationships, the mystery of nature, and their own mortality.

Hide Your Smiling Faces is a terrific coming of age story, with two great central performances from these young actors. 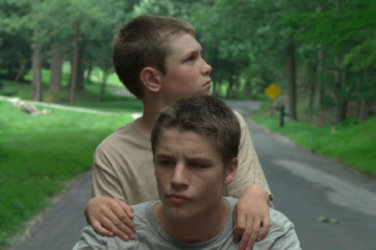 The Congress is one of the indie films that I am most excited about, as it marks the return of Ari Folman to the director's chair.

Folman was behind the terrific Waltz With Bashir - one of the best animation films I have ever seen - and The Congress is set to mix animation and live action.

The Congress is based on the novel Stanislaw Lem, and boasts a cast list that includes Robin Wright, Harvey Keitel, Jon Hamm, and Paul Giamatti.

An aging, out-of-work actress accepts one last job, though the consequences of her decision affect her in ways she didn't consider.

The animation in the film just looks fantastic, and I can't wait to see it weaved with the live action footage.

Folman really is an interesting and visionary filmmaker, and I can't wait to see what he delivers with The Congress. 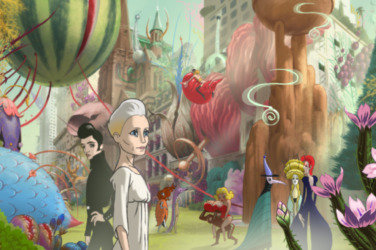 A documentary to watch out for this August comes in the form of Dinosaur 13: which is the second film for director Todd Douglas Miller.

When Paleontologist Peter Larson and his team from the Black Hills Institute made the world’s greatest dinosaur discovery in 1990, they knew it was the find of a lifetime: the largest, most complete Tyrannosaurus Rex ever found.

However, during a ten-year battle with the U.S. government, powerful museums, Native American tribes and competing palaeontologists, they found themselves not only fighting to keep their dinosaur but fighting for their freedom as well.

We have already been treated to some terrific documentaries this year, and Dinosaur 13 is another to add to that list.

The film was part of the UK Green Film Festival earlier this year, and I am excited to get the chance to see the film on the big screen. 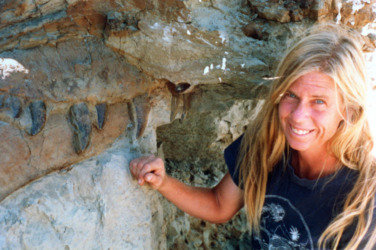 Gillian Robespierre is one of the female filmmakers to watch out for this summer as she makes her feature film debut with Obvious Child.

The movie is based on the short film on the same name, and sees Robespierre on writing as well as directing duties.

The movie follows a twenty-something comedienne whose unplanned pregnancy forces her to confront the realities of independent womanhood for the first time.

A great cast has been assembled for the film, as Jenny Slate, Jake Lacy, Gaby Hoffmann are all set to star,

Obvious Child premiered earlier this year at the Sundance Film Festival, where it won the Red Crown Producer's Award - which includes a $10,000 grant.

The movie was met well by the critics at the festival, and is not to be missed at the end of the month. 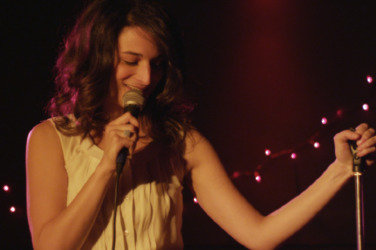 Other movies to watch out for include Delight, Mood Indigo, and All This Mayhem. 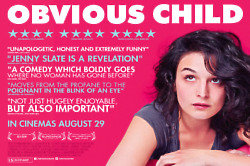 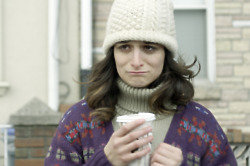 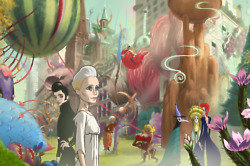