Plus, we take a look at some of Margot Robbie’s biggest cinematic roles ahead of the release of Goodbye Christopher Robin in UK cinemas on September 29.

Today, Female First can exclusively reveal a charming new clip from the upcoming film Goodbye Christopher Robin. As Daphne Milne, we see Margot Robbie introduce ‘Edward ear’ to her son Christopher Robin in the clip, but could the youngster have other ideas when it comes to naming the teddy? Check out the clip below:

Coming to cinemas on September 29, Goodbye Christopher Robin is a film about a renowned author and a very famous bear. It reveals the relationship between author A.A. Milne and his son Christopher Robin, whose toys inspired the magical world of Winnie the Pooh. Delivering humour and blunt one liners, Margot Robbie takes on the role of Daphne Milne, wife to A.A. Milne who is here played by Domhnall Gleeson.

Making waves in Hollywood for some time, Robbie is an Aussie actress who lights up the screen whenever she makes an appearance. Here, we take a look back at some of her biggest previous films.

Goodbye Christopher Robin isn’t the first film to see Margot star opposite Domhnall. They first starred together in Richard Curtis’ emotional drama About Time. Domhnall stars as Tim with Margot playing the role of Charlotte, the beautiful and playful friend of Tim’s sister and Tim’s first love. Using his time travel skills, Tim is able to manipulate his meetings with Charlotte and redo them when they don’t go to plan. She may be beautiful and his first love but is she the one for Tim?

A film about the criminal world and conmen, Focus also reveals the hearsh realities of sacrifice. Margot stars as Jess Barrett, a criminal intern to Nicky Spurgeon (Will Smith), with Nicky taking Jess under his wing and teaching her the ways of a conman. They fall in love, much to Nicky’s dismay, as he believes this has a negative impact on his focus. Later splitting, Jess is left on the side of the road, but a few years later they cross paths once more, where their love and focus is tested yet again.

The Wolf of Wall Street is based on the incredibly complicated life of Jordan Belfort (Leonardo DiCaprio) and his stockbroking company Stratton Oakmont on Wall Street, New York City. The film sees Belfort earn billions of US dollars illegally, defrauding his clients and leading a raucous life filled with super-yachts, sex, drugs and explicit office activity. Margot steals scenes as Naomi, Belfort’s long-suffering trophy wife who enjoys the life of luxury.

In 2016, Margot took on the role of Jane in the well-known tale of Tarzan, opposite Alexander Skarsgård. After meeting and later marrying Jane, Tarzan moved to London, becoming a gentleman who goes by the name of John Clayton. Soon called back to the Congo, they’re forced to deal with Leon Rom (Christopher Waltz), a guy with bad intentions!

Goodbye Christopher Robin is in UK cinemas on September 29, 2017. 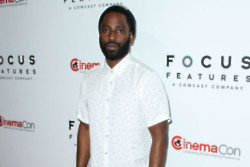 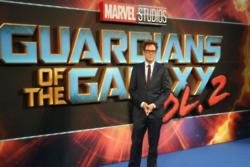