Eye in the Sky Review 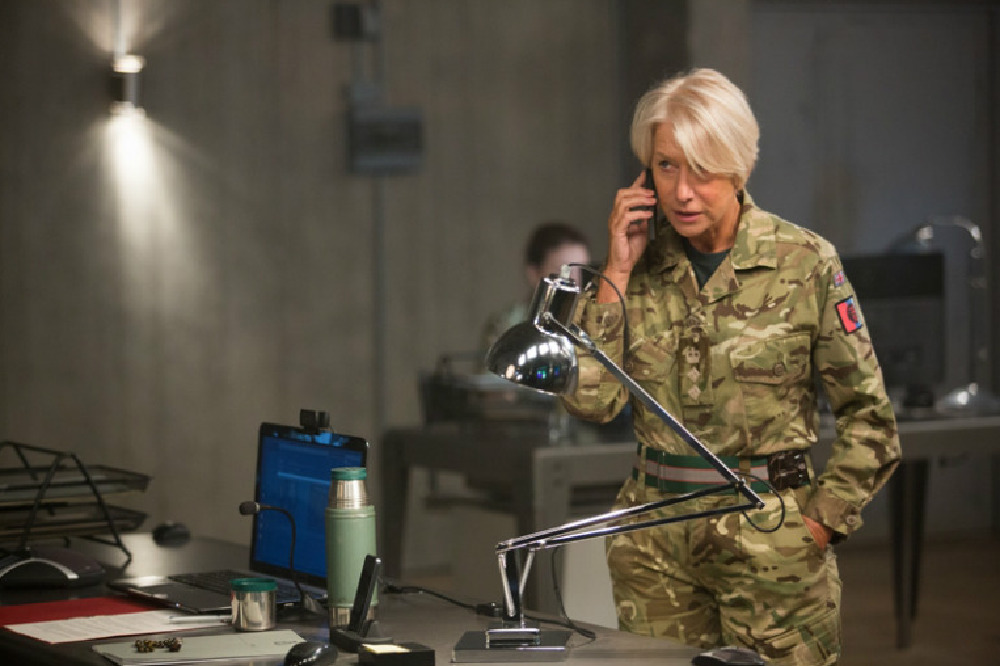 Eye in the Sky

Drone warfare has been a hot film topic in recent years and Eye in the Sky is set to explore this further as it hits the big screen this weekend.

Eye in the Sky marks the return of Gavin Hood to the director's chair for his first feature film since Ender's Game back in 2013.

London-based military intelligence officer Colonel Katherine Powell (Mirren) is remotely commanding a top secret drone operation to capture a group of dangerous terrorists from their safe-house in Nairobi, Kenya. The mission suddenly escalates from a 'capture' to a 'kill' operation as Powell realizes that the terrorists are about to embark on a deadly suicide mission.

From his base in Nevada, American drone pilot Steve Watts (Paul) is poised to destroy the safe-house when a nine-year-old girl enters the kill zone just outside the walls of the house. With unforeseen collateral damage now entering the equation, the impossible decision of when to strike gets passed up the 'kill chain' of politicians and lawyers as the seconds tick down.

Eye in the Sky is one of the best movies to hit the big screen so far this year as it is a tense, serious, and thrilling that will shred your nerves and send a shiver down your spine.

This is a perfectly balanced movie that is action packed but also asks some interesting questions and explores the moral implications of this kind of warfare.

Hood has delivered a movie that is incredibly thought-provoking but never preachy - he never tells the audience how they should think or feel about this subject. Eye in the Sky does deal with some very complex ethical and moral issues but the director never forgets that he also needs to entertain audiences.

Helen Mirren takes on the central role of Colonel Katherine Powell in what is a formidable and uncompromising performance. It is fantastic that a role like this has been written as a woman and Mirren grabs this meaty character with both hands and truly runs with it.

But Eye is the Sky is a movie that is tinged with some sadness as it is the last time that we are going to see the late Alan Rickman on the big screen - he is going to lend his voice to Alice Through the Looking Glass later this summer.

Rickman delivers another fine performance and it is a reminder of the talent that we have sadly lost. While it is sad to see him this final time, both he and Mirren deliver two fantastic and strong performances.

Gavin Hood is no stranger to the director's chair with the likes of Ender's Game, Rendition and Tsotsi under his belt but, for me, this is the best film of his career to date.

Hood has delivered a movie that will stay with you long after the credits have rolled and will leave you considering all points of view - even if they differ from your own.

At the same time, Eye in the Sky is a film that really will keep you on the edge of your seat as it really is a tense and unpredictable drama.

Eye in the Sky is a movie that I have been looking forward to for some time - the first trailers really did promise and awful lot - I am glad to say that it does not disappoint.

Eye In The Sky is out now.