Stuck in lockdown 2.0 with your kids? Here's five family-friendly flicks to enjoy!

If your family is looking for a laugh and some heart-warming stories, then check out this list of five wonderful family films to watch at home!

With lockdown round two already in action for many families, we thought we’d give you a list of five films to brighten both the kids’ day and yours.

Onward, starring Chris Pratt and Tom Holland, is a wonderful and unique story to watch with your little ones.

The film follows two elven brothers Ian (Holland) and Barley (Pratt) in their journey to meet their father – but it isn’t what you think.

The brothers’ father passed away when Barley was young and Ian wasn’t even born yet, and Barley wants more than anything to see him, while younger brother Ian just wants to meet his father.

When the boys are given a gift their father left for them, they discover they can bring him back with magic! But only for 24 hours – for these young boys, that is more than enough.

Ian and Barley attempt to bring their father back using the gift he left them, but it doesn’t go quite right…

This magical film is heart-warming from start to finish, following two sons who simply want to spend one last day with their late parent.

This is a perfect family film as it deals with loss and hardship in such a light and friendly way, showing children that it’s okay to be afraid and that family will always stick with you.

In the fictional yet beautiful city of San Fransokyo, Hiro Hamada (voiced by Ryan Potter) is always getting into trouble creating robots and entering illegal robot fights.

His brother, Tadashi, voiced by Daniel Henney, is always pulling him out of trouble and telling Hiro he should be using his amazing intelligence to do something bigger with himself.

Once Tadashi convinced Hiro to apply for college, Hiro invents something wonderful. Everything seems to be looking up, that is until Tadashi dies while attempting to rescue his professor from a fire.

Hiro is heartbroken, and struggles to cope – until he meets Baymax. Baymax is a medical companion created by his Hiro’s brother before his death.

From there, the film follows Hiro as he discovers that his brother’s death has more to it, with the help of Baymax and his brother’s mismatched gang of friends.

This film shows that loss, grief and heart-ache can happen to anyone, and the journey Hiro and Baymax go on together truly shows that when hard times hit, let your friends in and, if one is available, a talking robot that looks like a marshmallow.

When headstrong princess Merida, voiced by Kelly Macdonald, goes against her parents at an event to ger her married to a prince, she then unleashes a dark force she’s not sure she can control…

Merida gets along perfectly with her father as they are both strong, loud Scottish folk. But her mother believes she should be more lady-like, and be more of a ‘traditional’ princess.

After Merida’s mother burns her favourite bow out of anger, Merida rides off into the woods where she finds a mysterious trail that leads to a witch’s hut and accidentally puts a spell on her mother.

The film then follows mother and daughter as they try to reverse the curse; but the beauty of this films comes from the wonderous relationship they create along the way. Who knew turning your mum into a bear could be a good thing?

Merida and her mother wonder through the woods to find the witch, and to figure out how to change Merida’s mother back to normal – but can they do it before time runs out?

This films speaks volumes in the sense that you may not get along with family, in this case parents, but no matter what has gone wrong there will always be a way to make things better – if you work together.

Buster Moon (Matthew McConaughey), a little Koala with huge dreams, owns a theatre that has fallen on very hard times. With determination to save the theatre he owns and loves from being repossessed; Moon decides to host a singing competition.

Moon sends out flyers offering a $1000 prize – only his assistant makes a mess of it and types out $100,000 instead! Animals all around town flock to the theatre to make something of themselves – and a select few really make a scene.

With voices such as Scarlett Johansson, Reese Witherspoon, Taron Egerton, and Matthew McConaughey as Buster Moon, this film is teeming with talent!

The film follows the select few animals who make it into the show while everything that could go wrong, goes very wrong. Worst of all, the theatre collapses! Unsure if the show will save his beloved theatre, Moon does the show anyway and, well, you’ll have to see what happens yourself.

The musical numbers made for this film are extraordinary, and the covers are nothing short of wonderful also, with Johansson performing Set It All Free as a hard-hitting song about her break-up, and Witherspoon nailing a remixed cover of Taylor Swifts Shake It Off, your kids won’t be able to stop singing along!

The film shows determination and perseverance, all accomplished by a tiny Koala and a group of animals who not only won’t give up on their dreams, but also on each other.

With Christmas fast approaching, it wouldn’t be fair to leave Buddy the Elf off this list of perfect family-friendly flicks. The film was released 17 years ago on the November 14th 2003!

Buddy (Will Ferrell) plays a human who was accidently brought back to the North Pole by Santa Claus himself, from an orphanage in New York. Buddy grows up with the elves thinking he is one.

When Buddy finally finds out he isn’t an elf, he talks to the elf who has been looking after him all these years, Papa Elf (Bob Newhart). Papa Elf tells Buddy where his real father is, so Buddy sets off from the North Pole in search of family.

His journey to get to NYC is a funny as you’d expect, seeing cars, traffic and tall buildings for the first time – not to mention him attempting to hug a raccoon, as we all do.

Once Buddy finds his father, it isn’t plain sailing from there. Buddy’s younger brother loves him (once he got to know him), and once their father Walter (James Caan) sends Buddy away – Buddy must save Christmas to bring cheer to everyone in the city, especially Walter.

Elf is a spectacular kid’s film, with Ferrell bringing the laughs the whole way through, and the beautiful music along with a humorous and heart-warming story will not only entertain the children – everyone will love this charming Christmas film.

RELATED: The top 10 action and adventure films with over 90% on Rotten Tomatoes 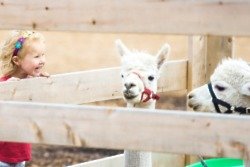