The 2016 Edinburgh International Film Festival is underway and there is a whole host of terrific female filmmakers on the programme. Some of the directors are already well established while some are bringing their directorial debut projects to the festival and we take a look at some that cannot be missed.

Rebecca Miller is set to return to the director's chair with her latest film Maggie's Plan, which will receive its UK premiere at the festival.

Maggie's Plan is the fifth feature film from Miller, who has brought us Personal Velocity and The Ballad of Jack and Rose in recent years. This is her first feature since The Private Lives of Pippa Lee back in 2009.

As well as being in the director's chair, Miller has also penned the screenplay and teams up with Greta Gerwig and Ethan Hawke for the first time.

Gerwig and Hawke are set to take on the central roles of Maggie and John and are joined on the cast list by Julianne Moore, Maya Rudolph, Bill Hader, and Wallace Shawn.

The film follows Maggie, a vibrant and practical thirty-something New Yorker working at the New School who, without success in finding love, decides now is the time to have a child of her own. But when she meets John Harding (Hawke), a 'ficto-critical anthropologist- and struggling novelist, Maggie falls in love for the first time and adjusts her plans for motherhood. Complicating matters, John is in a strained marriage with Georgette Norgaard (Moore), a brilliant Danish academic.

With a Greek chorus of Maggie's eccentric and hilarious best friends Tony and Felicia (Hader and Rudolph) observing wryly from the sidelines, Maggie sets into motion a new plan that catapults her into a nervy love triangle with John and Georgette, intertwining their lives and connecting them in surprising and humorous new ways. Maggie learns that sometimes destiny should be left to its own devices.

Miller has a knack of delivering great character driven drama and Maggie's Plan looks set to follow that tradition. The movie has already played at the Toronto International Film Festival, where it was met well by the critics.

Mercedes Grower is one of the British filmmakers to watch out for at the festival as she is set to make her feature film directorial debut with Brakes.

Grower kicked off her career as an actress and is now making the transition into the director's chair for the first time with this feature project.

It is always exciting when we get the chance to see new directing talent and Grower is a name to watch out for over the next couple of years. As well as being in the director's chair, Grower has also penned the screenplay for Brakes.

The director has brought together a great cast as Julian Barratt, Julia Davis, Noel Fielding, Kerry Fox, Paul McGann, Steve Oram and Roland Gift are all set to star.

Brakes is a raw, dark comedy about endings and beginnings. A failed relationship is rarely predicted but always reviewed, and the film adopts this reverse narrative. Split into two halves, the film follows the tumultuous stories of nine couples.

Brakes will receive its world premiere at the festival and is also one in a series of British films that are on the programme at Edinburgh International Film Festival this year.

Isabel Coixet is no stranger to the director's chair with the likes of Another Me and Yesterday Never Ends under her belt in recent years.

Endless Night is one of two films that we are going to see her direct this year as Learning To Drive is set to hit the big screen here in the UK later this summer.

Endless Night sees the filmmaker tackle a period drama as she teams up with Oscar-winning actress Juliette Binoche, who takes on the central role of Josephine Peary.

Josephine (Binoche) travels to the hostile icy landscape of the remote North in search of her explorer husband. As winter descends and determined not to turn back she finds companionship with an Inuit woman (Kikuchi).

With the elements against them and their survival reliant on each other it becomes clear they are waiting for a man they both love.

Of all of the female filmmakers on the programme at the festival this year, Coixet is one of the most experienced and I cannot wait to see what she delivers with Endless Night.

Meg Ryan is best known for her work as an actress in front of the camera but she is about to take up the director's chair for the very first time.

Yes, Ryan is one of a string of actors who are making the transition to filmmaker in 2016 and Ithaca will mark her feature film directorial debut.

Ithaca is one of the American movies on the festival programme and will receive its UK premiere in Edinburgh. The movie is based on the novel by William Saroyan and has been adapted for the big screen by Erik Jendresen.

As well as being in the director's chair, Ryan is also on the cast list alongside Tom Hanks, Sam Shepard, Hamish Linklater, Jack Quaid, and Alex Neustaedter.

Neustaedter is set to take on the central role of Homer in what is one of the biggest acting parts of his career - he is a name to watch out for over the next couple of years.

Set in a small town in California's San Joaquin Valley, Ithaca tells the story of 14-year-old Homer Macauley who is determined to be the best and fastest bicycle telegraph messenger anyone has ever seen. His older brother has gone to war, leaving Homer to look after his widowed mother, his older sister, and his 4-year-old brother, Ulysses.

And so it is that as spring turns to summer, 1942, Homer Macauley delivers messages of love, hope, pain, and death to the good people of Ithaca. And Homer Macauley will grapple with one message that will change him forever - from a boy into a man.

If you are a fan of the coming-of-age movie, then Ithaca is a movie that is not to be missed. I am looking forward to seeing Ryan's work as a filmmaker.

Bliss! is another coming of age film that will screen at the 2016 Edinburgh International Film Festival and sees Rita Osei in the director's chair.

Osei is another British filmmaker to watch out for as she is also making her feature film debut with Bliss! Osei already has short films Too Much Love, Room To Let and The Curry Club under her belt and is now making the transition into features.

Freya Parks is set to lead the cast as she takes on the central role of Tasha Robson and is joined on the cast list by David Leon, Reece Noi, Joshua Osei, and Montserrat Lombard.

Tasha Robson, 16, has run away from home! While she rides the waves aboard the large ferry heading from South Shields, England to Scandinavia in search of her unknown father, "The Viking" all is less than calm in the Robson household.

Bliss! will receive its world premiere at the festival and is another of the British films that not to be missed. 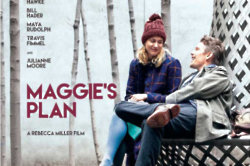 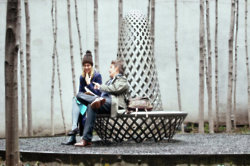 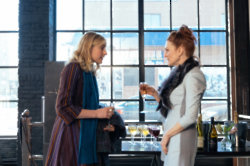