There are many films that focus on mother’s and their daughters, but these films put a spin on that relationship...

Many films out there focus on parents and children, but some decide to highlight mothers and daughters, and not just the positives. Not everyone’s relationship with their mother is great, so for directors and writers to tackle that on the big screen can be very challenging.

Starting off with a light-hearted one, Freaky Friday starring Lindsey Lohan and Jamie Lee Curtis was and still is a very popular comedy following a mother and her daughter after a slight… mishap.

Tess (Curtis) and her daughter Anna Coleman (Lohan) do not get along, arguing about almost anything and everything. A freak accident, however, causes the pair to switch bodies.

What follows is absolute chaos as Tess takes over her daughter’s life and fails at acting like a teen, whilst Anna gets frustrated at trying to essentially be her mother.

The result? Both characters gain a better understanding of what each other goes through, and the film really leans into the talents of Curtis and Lohan together as their connection deepens towards the end of the film.

Recently added to Netflix, Lady Bird is a story focusing on the not-so-good parts of some people's mother-daughter bond.

Marion is a nurse and works very hard, and it seems that Christine’s hard-headedness is simply making Marion’s life harder.

However, throughout the film we see that the two are much more alike than even they realise, essentially making the film more charming than it seems.

The movie definitely focuses on the hard times involved with family ties, but also the realisation that even though you may not get along or agree with your loved ones, you are still connected and that counts for something.

Eva Mendes and Cierra Ramirez co-star in Girl in Progress, a coming of age story that focuses on the fact that acting your age isn’t always a bad thing.

When Ansiedad (Ramirez) tries to step into her mother, Grace’s (Mendes) shoes and become an adult, she realises that it’s much easier said than done.

Due to her mother working long hours and juggling many other things, as she is a single mum, Ansiedad seeks her attention in a very odd way; by becoming her.

Throughout the film, Ansiedad attempts to tick off everything on her list that she deems will make her into an adult, it seems so she can take care of her mother.

As you can imagine, this ends up bringing the pair closer together as Grace’s daughter appears to feel the stress she feels herself, every day.

Everyone knows this one, right? Mamma Mia is a classic film that focuses on Sophie (Amanda Seyfried) and her want to find out who her father is – encapsulated in many spontaneous songs and dances.

Sophie, much to the apprehension of her mother Donna (Meryl Streep), invites the three men who could all be her father to her wedding.

This causes turmoil between Sophie and Donna, but to that great of an extent as their bond is already so tight – but nothing that a whole load of ABBA songs can’t fix!

Mother and daughter both want their love lives sorted, but for very different reasons.

Aurora Greenway (Shirley MacLaine) and her daughter Emma (Debra Winger) are side-by-side in this classic film, as Aurora wants to find love while at the same time, her daughter is having marital problems.

Despite the opposing issues, the pair stick with each other and the film really focuses on their positive and supportive relationship as it is truly endearing – they never let one another be melancholic, and they constantly try to lift the other up. 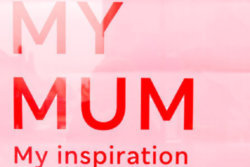 What does it mean to dream about Mother's Day? 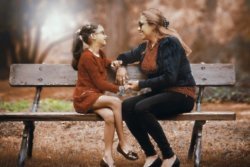 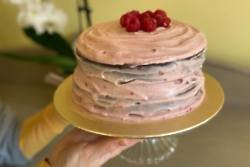 'She deserves all the raspberries' Mother’s Day cake recipe