Amanda Seyfried leads new movie ANON, showcasing just how strong women in film can be. With that in mind, we take a look at five other fiercely independent females in cinematic history!

ANON – a new take on the fraught relationship of advancing technology vs. humanity, shows a Black Mirror-esque reality in which everything and everyone is monitored – except for one woman. 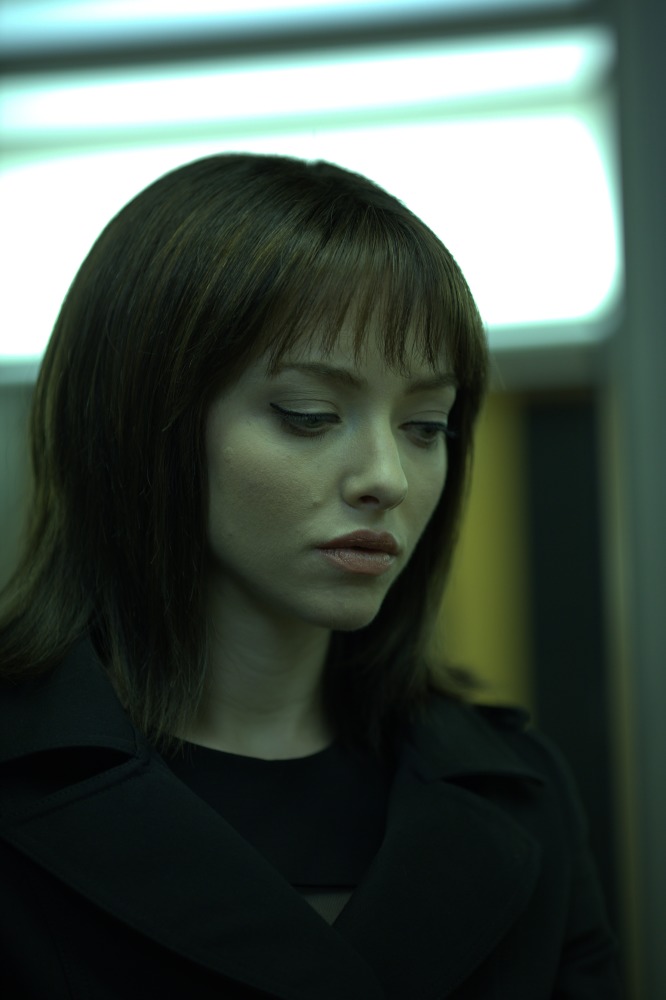 Directed by Academy Award-nominated Andrew Niccol and starring Amanda Seyfried and Clive Owen, ANON shows us a near future where everyone wears biosyn computer implants to reveal a constant and relentless stream of information, including personal data. In a world where privacy and anonymity as we know it has vanished, Seyfried portrays an anomaly, a figure that extraordinarily has no identity.

Escaping from the confinements of the society in which she lives, Seyfried’s ‘The Girl’ is a strong-willed, independent female character; and to celebrate the release of ANON, to cinemas and Sky Cinema, we count down five other strong female characters from film.

It’s impossible to not have the cult-classic Kill Bill included in the list. Each volume is written and directed by acclaimed action favourite Quentin Tarantino, and tells the story of The Bride, played by Uma Thurman. Swearing revenge on a group of assassins and their leader after they try to kill her and her unborn child, Volume 1 became Tarantino’s highest grossing film to that point, earning over $180 million at the box office.

Thurman received a Golden Globe Best Actress nomination in 2004, as well as 5 BAFTA nods, and Kill Bill: Volume 1 was placed in Empire Magazine’s list of the 500 Greatest Films Of All Time. The Bride even ranked 66 in the mag’s 100 Greatest Movie Characters list.

The film’s incredible success in a backdrop of seldom female-led action films started a cinematic revolution, proving that women could be at the helm and become a wide success.

Atomic Blonde, the 2017 action-thriller starring Charlize Theron as Lorraine Broughton, is based on the graphic novel The Coldest City and tells the story of a spy in the Cold War era who has to find a list of double agents who are being smuggled into the West on the eve of the collapse of the Berlin Wall, in 1989. The film is director David Leitch’s first solo directorial debut, and it received accolades for its swift and stylish action sequences.

It’s the perfect example of a sleek female-led action film that’s as fun to watch as it is visually gripping, and it shows young girls who watch it that one can be both incredible bad-ass and cool.

Lucy, the 2014 sci-fi thriller directed by Luc Besson, stars Scarlett Johansson as the titular character – a woman who gains psychokinetic abilities when a drug is absorbed into her bloodstream. It was a massive box office success, grossing over $463 million worldwide, and was praised by critics for its sci-fi theme and spectacular visuals.

Lucy is set in a world where women are terribly oppressed, and it shows the title character becoming increasingly empowered by slowly shedding her humanity; a story that resonates with the real-life tales of women who risk everything to be successful. A strong portrayal for female audiences, it gives us the opportunity to see women becoming all powerful.

The female-centric superhero film that took the comic book world by storm, Wonder Woman was the summer blockbuster on everyone’s lips. Starring Israeli actress Gal Gadot and based on the iconic DC Comics classic, Wonder Woman follows the story of Diana – an Amazonian princess set on restoring peace after the world falls into chaos with World War II.

Directed by Patty Jenkins, the film did incredibly well both with critics and wider audiences, grossing over $821 million worldwide and listed by Rotten Tomatoes as No. 2 on its list of the Best Superhero Movies Of All Time. It is the epitome of female strength and resilience, and has opened up the mostly-male world of superheroes to a brand new audience – women who can finally see themselves reflected on the screen. The character became so influential that in 2016, the UN designated her Honorary Ambassador for the Empowerment of Women and Girls.

Resident Evil, the mega franchise based on the Japanese video game of the same name, has gone on to span five different films and has become the highest grossing film series based on a video game, having grossed over $1.233 billion worldwide. The series follows the main character Alice, a woman who fights against endless hordes of zombies after an apparent apocalypse.

The series is riddled with female characters, both good and bad, and places the importance of female friendship at the forefront. The character of Alice became an inconspicuous feminist icon in popular culture, and continues to influence 16 years after the first film was released.

ANON is out across UK cinemas and on Sky Cinema now. 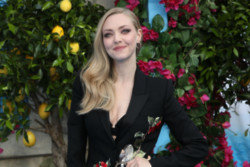 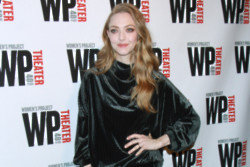 Amanda Seyfried's 'toughest challenge' was being bullied at school