Tommy Wirkola grabbed everyone’s attention a couple of years ago when he helmed the fantastic Dead Snow - an over the top horror movie that was just as funny as it was gory.

And so he seemed like the perfect candidate to direct Hansel & Gretel: Witch Hunters; which is a new take on the well known tale.

After getting a taste for blood as children, Hansel (Jeremy Renner) and Gretel (Gemma Arterton) have become the ultimate vigilantes, hell bent on retribution.

Now, unbeknownst to them, Hansel and Gretel have become the hunted, and must face an evil far greater than witches...their past.

If you are happy to kick back and enjoy this movie for what it - which is a bit of fun - then you really will have a great time as it is the perfect mix of laughs, action, guts and gore.

This is not a film that you should sit and take seriously - seriously it is a breath of fresh air after the parade of Oscar films that we have been watching over recent weeks.

I wholeheartedly enjoyed Hansel and Gretel: Witch Hunters from start to finish as I found it to be terrific fun - you really can tell that this is a Wirkola film.

No it is not a high quality film but there is more than enough here to keep you entertained for the ninety minute run time.

The action sequences are fast paced and exciting and Gemma Arterton and Jeremy Renner really do thrown themselves into their roles as the witch hunters.

The pair really does have a great rapport; Gretel is the brains of the witch killing operations while Hansel is the brawn.

But it is Gemma Arterton who really does steal the show as this is a role that we have never seen her in before and she really is one hell of a kick ass chick.

The plot does suffer as the action really does take centre stage and the revelation of Hansel & Gretel’s past really does seem a little rushed - which is a shame because it does offer some interesting ideas.

For me personally they could have injected more humour into the script and there they really could have notched the blood and gore levels up a bit - I have to say I enjoyed this from start to finish.

This movie really is going to be the guilty pleasure of the year for me… all you have to do is sit back, chill out and go along with the ride. 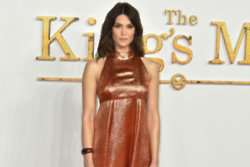 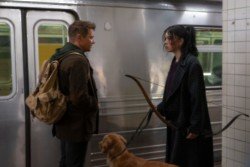