When it comes to the action genre, Jason Statham is up there as one of cinema's biggest stars and has starred in some great movies during his career. 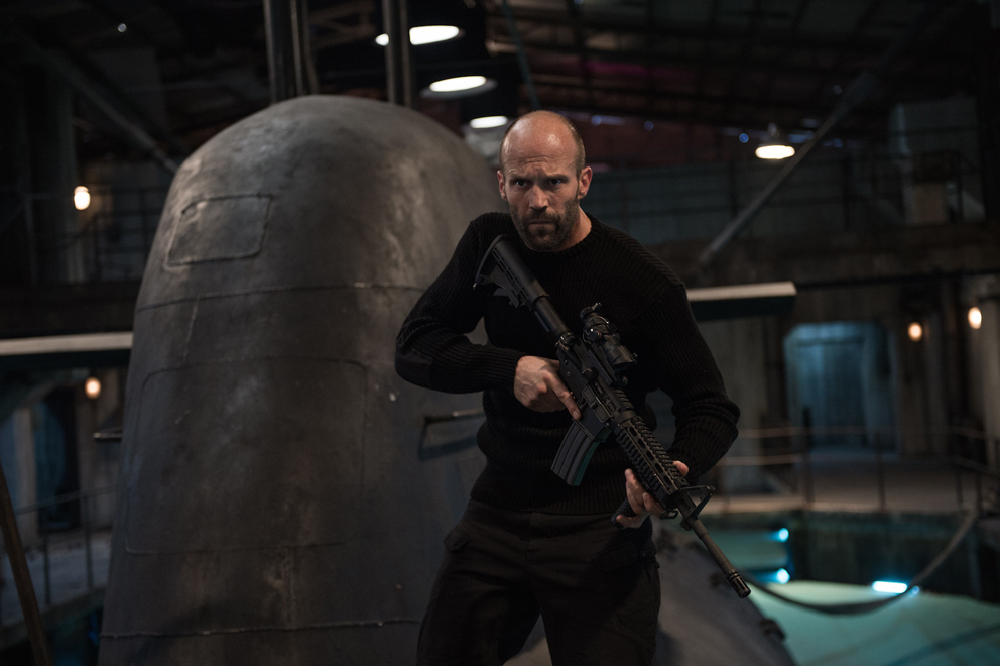 He is back on the big screen this week as he reprises the role of Arthur Bishop in Mechanic: Resurrection, which sees him team up with filmmaker Dennis Gansel.

We take a look back at Statham's career and which of his movies have raked in the most cash at the box office.

Statham was the big new addition to the Fast & Furious 7 cast list when the film hit the big screen back in 2015.

Statham took on the role of Deckard Shaw, who was looking for revenge after the death of his younger brother in the previous film, for the first time - it is not too often that we see Statham take on a villainous role.

Fast & Furious 7 came two years after the release of the sixth film and went on to be the most successful movie in the franchise to date.

Fast 7 eclipsed the $788.7 million gross of the previous film as it became the first movie in the franchise to gross over $1 billion.

By the end of its theatrical run, the movie had grossed $1.5 billion and was the third highest-grossing film of the year, behind star Wars: The Force Awakens and Jurassic World. It is currently the sixth highest-grossing movie of all time.

Statham is set to reprise the role of Shaw in Fast 8, which will be released next year. The franchise has already grossed $3.9 billion at the box office.

Statham returned to the role of Lee Christmas in The Expendables 2 as he reunited with Sylvester Stallone.

The movie hit the big screen in 2012 and came two years after the release and success of the first film in the action series.

Simon West was in the director's chair and reunited with Statham for their first film together since The Mechanic. They would go on to collaborate on Wild Card three years later.

This second film follows the Expendables on a quest for revenge after one of the team is killed during a mission. But will they get the vengeance that they seek?

The Expendables 2 received mixed reviews upon release, but it went on to be an even bigger success that the first film. Personally, I love the Expendables franchise and the second film grossed $311.9 million worldwide and topped the U.S. box office.

The big success of this second film ensured that a third would be given the green light.

It was 2010 when The Expendables hit the big screen for the first time and brought together some of the action genre's biggest stars.

The first movie was written, directed and starred Sly Stallone and saw Statham, Li, Lundgren, Couture, Crews, Steve Austin and Mickey Rourke on the cast list. It really was one of the best ensemble casts of the year.

Stallone and Statham took on the central roles of Barney Ross and Lee Christmas and their central friendship has always been a key part of this franchise. The first film follows the team as they are tasked with the mission to overthrown a Latin American dictator.

The Expendables kicked off the franchise in fine style and is a movie that really is a lot of fun.

The movie received a mixed response upon release but went on to gross $268 million at the global box office.

We all know Statham as an action hero, but he is perhaps not known for his comic ability... but that all changed last year when he starred in Spy

The action comedy saw the actor team up with director Paul Feig for the first time while Melissa McCarthy and Jude Law were also on the cast list.

While this was an action role for Statham, Feig has crafted a fantastic comedy role for the actor - with which he well and truly stole the show. I don't know about you, but I would like to see him explore comedy a little more going forward.

Spy was the first film for Feig since The Heat and marked his third collaboration with McCarthy.

Spy was one of the surprise hits of the summer as the movie enjoyed both critical and commercial success. The movie topped both the U.S. and UK box office and grossed over $233 million worldwide.

Spy was one of the most successful comedy movies of last year. We will have to wait and see if there is to be a sequel.

The Expendables 3 is the most recent film in the action franchise and hit the big screen in the summer of 2014.

The movie came two years after the success of the second film and saw Patrick Hughes follow in the footsteps of Stallone and Simon West and take up the director's chair.

While Stallone, Statham, Li, and Lundgren were some of the familiar faces on board, the movie added some great new faces as Harrison Ford, Wesley Snipes, Mel Gibson, Antonio Banderas, Ronda Rousey, Kellan Lutz, and Victor Ortiz all joined the franchise.

This time around the team needs to take down Conrad Stonebanks, co-founder of the Expendables, who wants to wipe out Barney and the rest of the team.

While there have been rumblings about another film and an all-female film, we have to wait and see if this franchise is set to continue.

Statham turned his hand to voice acting in 2011 when he was part of animated film Gnomeo and Juliet - which was a new take on the Shakespeare classic.

Directed by Kelly Asbury, the movie followed two gnomes from neighbouring gardens who fall in love - despite their families being at war.

Gnomeo and Juliet remains the only animated film of Statham's career to date and it is a family friendly movie that really is a whole lot of fun and is a great interpretation of the story we all know so well.

The film went on to gross $194 million at the box office, easily making back its $36 million budget. It went on to pick up four Annie Award nominations.