Walt Disney Pictures is not a studio that only brings terrific animation movies to the big screen but they have also enjoyed huge success with live action over the years. 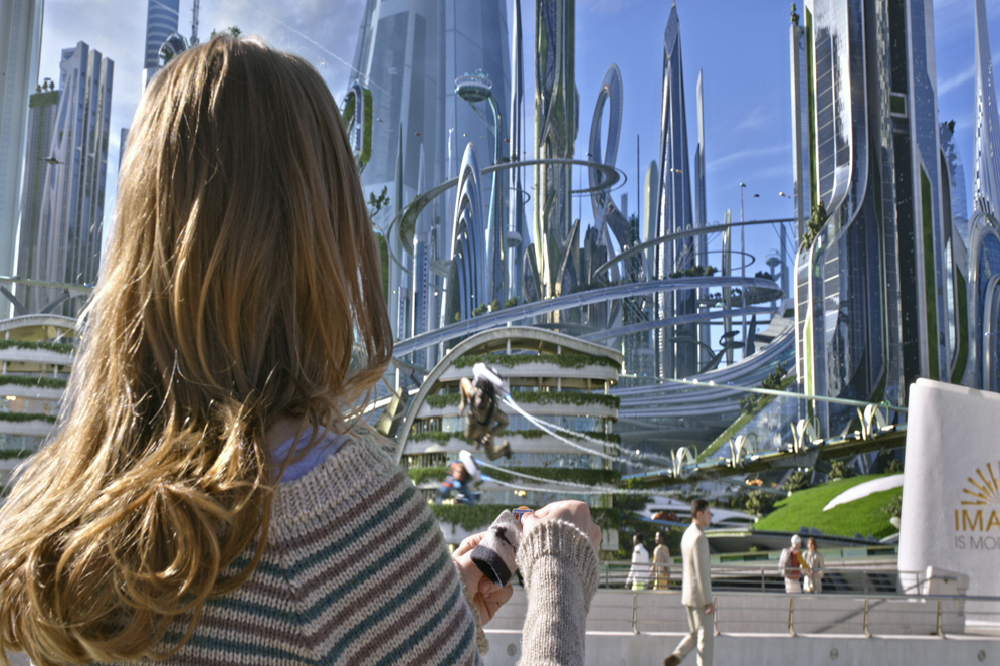 Not only have Disney brought new franchises to life, but they have also given some of their biggest animation classics a live action makeover - Cinderella being one of those success earlier this year.

This week sees Tomorrowland: A World Beyond hit the big screen with Brad Bird in the director's chair and Oscar winner George Clooney leading an all-star cast list. To celebrate the release of the film, we take a look at some of Disney's most successful live action films.

- Pirates of the Caribbean franchise - $3.7 billion

Pirates of the Caribbean is one of Disney's biggest franchises and has - so far - spanned four movies that has grossed over $3.7 billion at the global box office. Dead Man's Chest and On Stranger Tides are the two films that have joined the $1 billion club - and the upcoming fifth film could well follow in their footsteps.

Pirates of the Caribbean: the Curse of the Black Pearl was released back in 2003 - it was based on a theme park ride and released at a time when pirate movies were not box office hits. So it was a little bit of a risk for Disney and all involved.

However, with Gore Verbinski at the helm and Johnny Depp in the lead role of Captain Jack Sparrow, it wasn't long before everyone realised that they had a huge hit on their hands. Verbinksi delivered a trio of action packed and fun family movies, while Depp created one of the most iconic film characters of all time. For his performance in the first film, Depp was nominated for a Best Actor Oscar.

Dead Man's Chest, At World's End, and On Stranger Tides have followed in 2006, 2007, and 2011 - and while they have not been as successful critically, fans have flocked to cinemas to see Depp and co in action.

Filming is currently underway on Pirates of the Caribbean: Dead Men Tell No Tales and sees Joachim Rønning and Espen Sandberg take over the director's chair. The movie will hit the big screen in 2017. 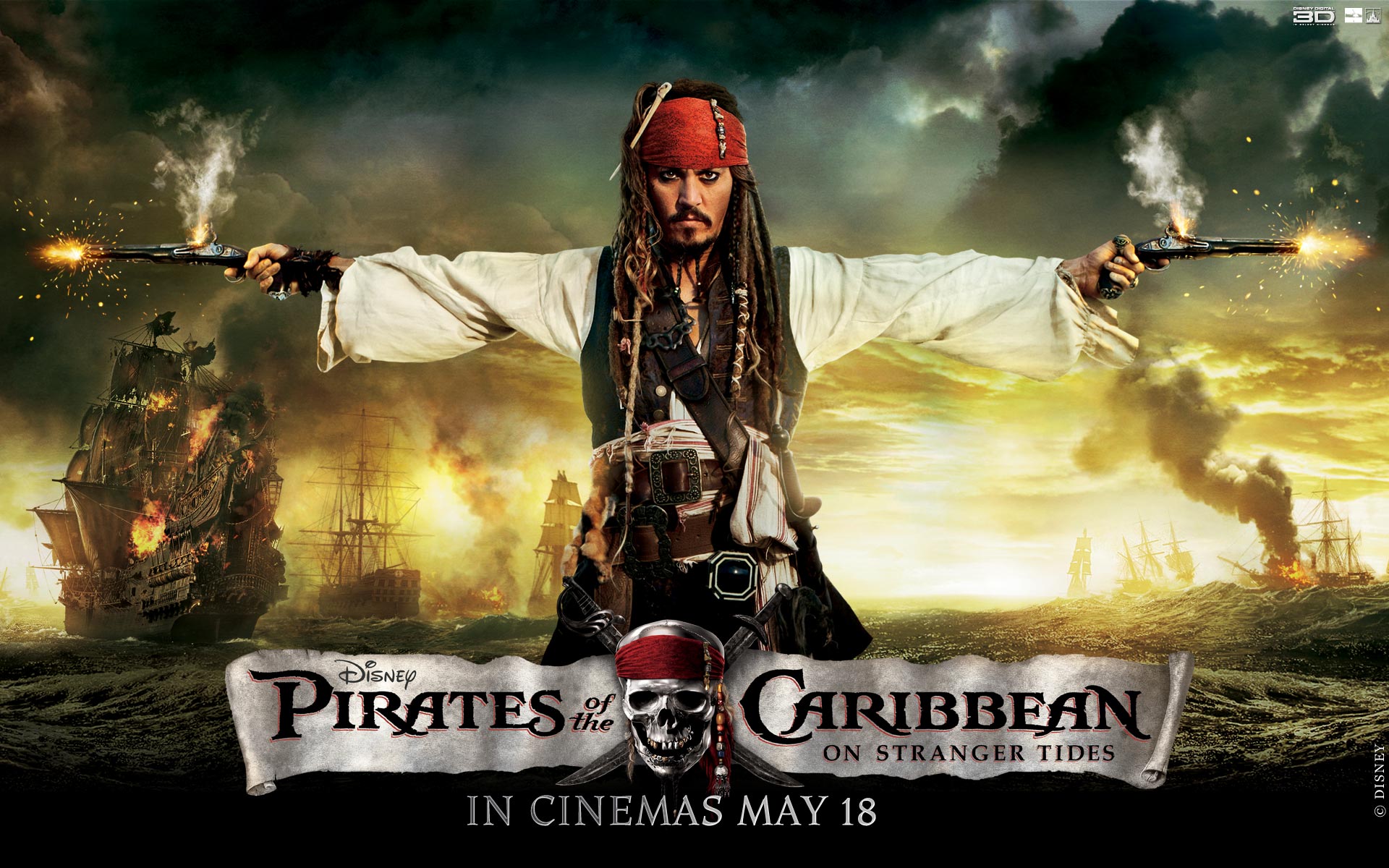 Alice in Wonderland is one of Disney's most famous animated films - released back in 1951 - but in 2010, it was given a live action makeover courtesy of director Tim Burton. The new film followed a nineteen-year-old Alice as she returns to the magical world from her childhood adventure.

So while Tim Burton's movie is perhaps not quite the same as the book, there are many moments and characters included that we all know and love.

Mia Wasikowska took on the central role of Alice, while Johnny Depp reunited with Burton to take on the role of the Mad Hatter. Helena Bonham Carter, Anne Hathaway, and Crispin Glover were some of the other names on board.

Alice in Wonderland went on to gross over $1,025 billion by the end of its theatrical run, and was perhaps a surprise addition to the $1 billion club. It would end the year as the second highest grossing film - behind Toy Story 3.

And there is a sequel in the pipeline as filming on Alice Through the Looking Glass has been completed. Wasikowska, Depp, and Bonham Carter are some of the familiar faces returning, while James Bobin takes over from Burton in the director's chair.

One of the 2014 films that I was looking forward to the most was Maleficent, as she is one of Disney's most interesting and iconic villains of all time. Needless to say, the movie did not disappoint.

While Maleficent did tell the Sleeping Beauty story that we all know so well, it was told from Maleficent's point of view and explored her character before she become the villain we all love.

The movie marked the feature film directorial debut of Robert Stromberg but saw Angelina Jolie take up the title role. The Oscar winner delivered a powerful, emotional, and funny performance as Maleficent that helped paint this character in a very different light.

I was a huge fan of the film when it hit the big screen and it went on to be one of the biggest movies of last year. By the end of its theatrical run, the movie had grossed in excess of $758 million at the global box office. 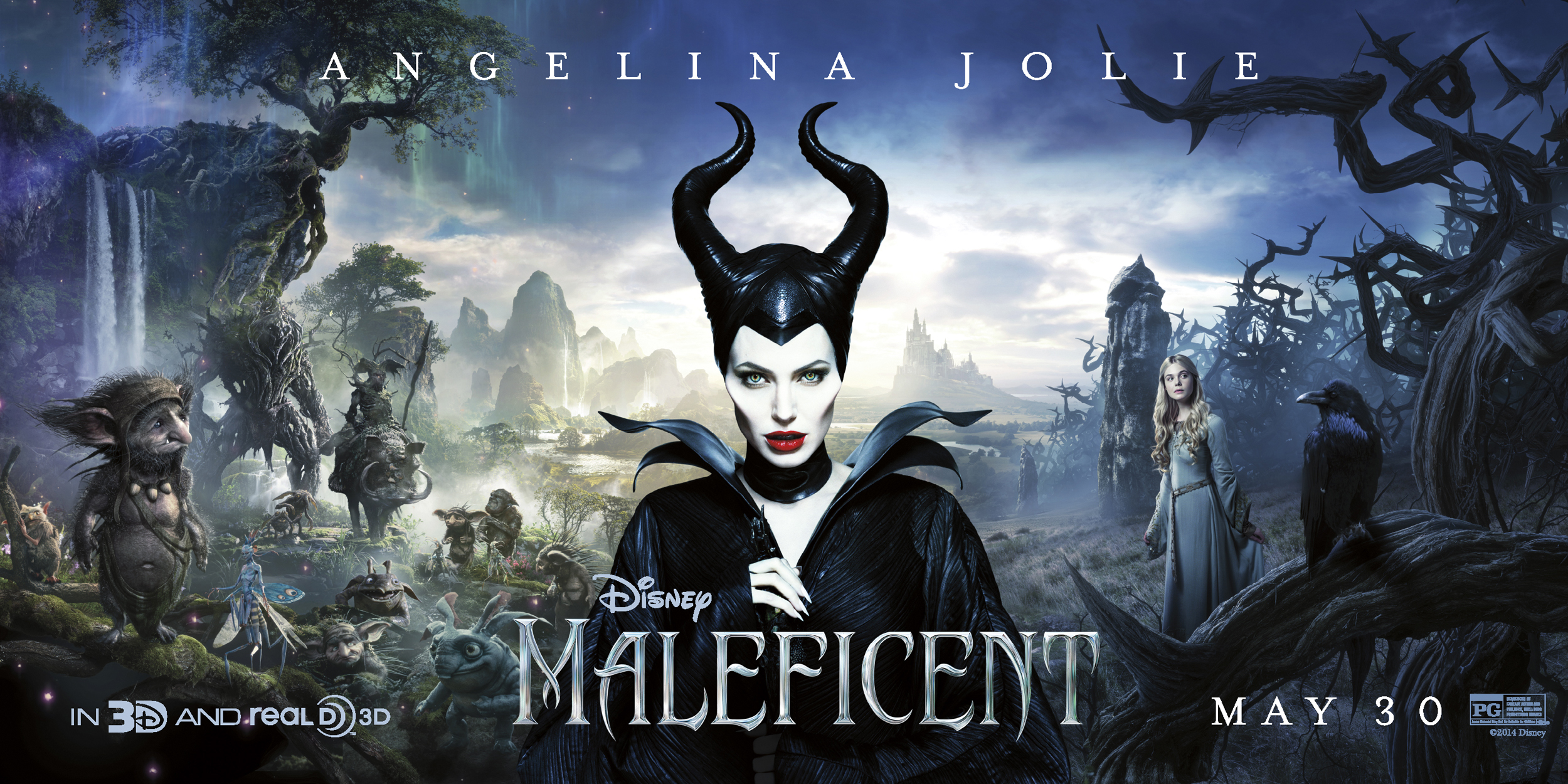 - The Chronicles of Narnia: The Lion, the Witch, and the Wardrobe - $745 million

The Chronicles of Narnia is one of the most famous book series for children and have been adapted many times. In 2005, Walt Disney teamed up with Walden Media to bring a new adaptation to the big screen - yes, it really was ten years ago.

Directed by Andrew Adamson, it was The Lion, the Witch, and the Wardrobe that was the first to get the big screen treatment as William Moseley, Anna Popplewell, Skandar Keynes, and Georgie Henley were cast as Peter, Susan, Edmund, and Lucy Pevensie. This was the film that helped launch the acting careers of the four young stars.

They were joined by Tilda Swinton and James McAvoy as the White Witch and Mr Tumnus, while Liam Neeson lent his voice to the character of Aslan.

The Lion, the Witch, and the Wardrobe was both a critical and commercial hit as this iconic tale was brought to a new generation. The movie went on to gross over $745 million worldwide.

The Lion, the Witch, and the Wardrobe was the third highest grossing movie of the year - behind Harry Potter and the Goblet of Fire and Star Wars Episode III: Revenge of the Sith - and was the most successful film for Disney that year. 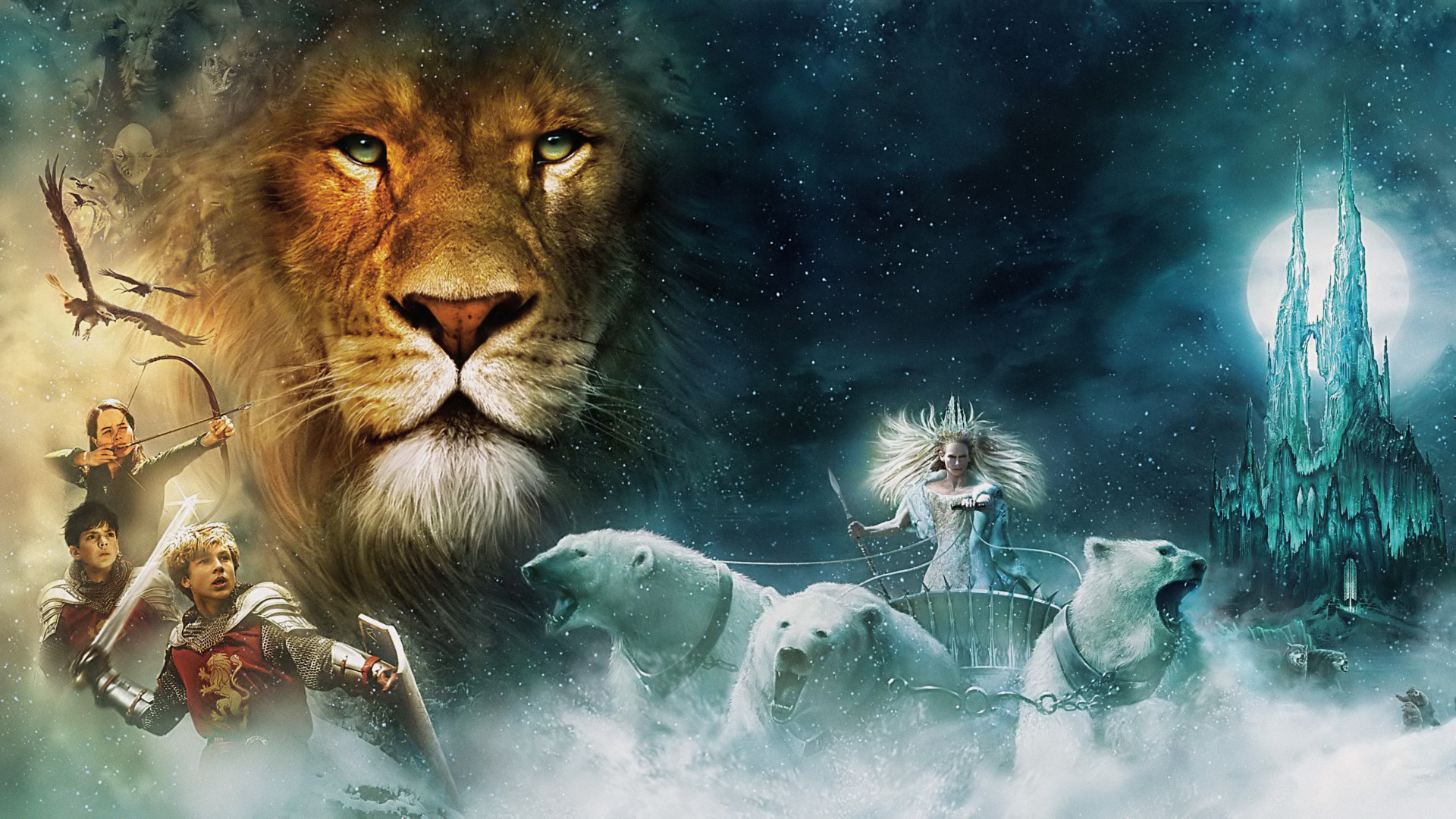 We all know the Wizard of Oz story and film so well that it could never really be remade. In 2013, Disney took us back to the wonderful world of Oz to tell the story of a magician, an enchanted land, and the three witches he meets when he gets there.

Oz the Great and Powerful marked the return of Sam Raimi to the director's chair for what was his first blockbuster movie since Spider-Man 3 back in 2007.

The director brought together a terrific cast James Franco played magician Oz, while Mila Kunis, Rachel Weisz, and Michelle Williams are on board as witches Theodora, Evanora, and Glinda.

Oz the Great and Powerful took audiences back to a world that they knew but told a brand new story - it was one of the first big event movies of 2013.

And Oz the Great and Powerful was a hit at the box office as it just missed out on passing the $500 million barrier - taking over $493.3 million by the end of its theatrical run. Oz the Great and

Powerful helped Disney to a bumper year as the studio saw success with Frozen as well as with projects with Marvel and Pixar. 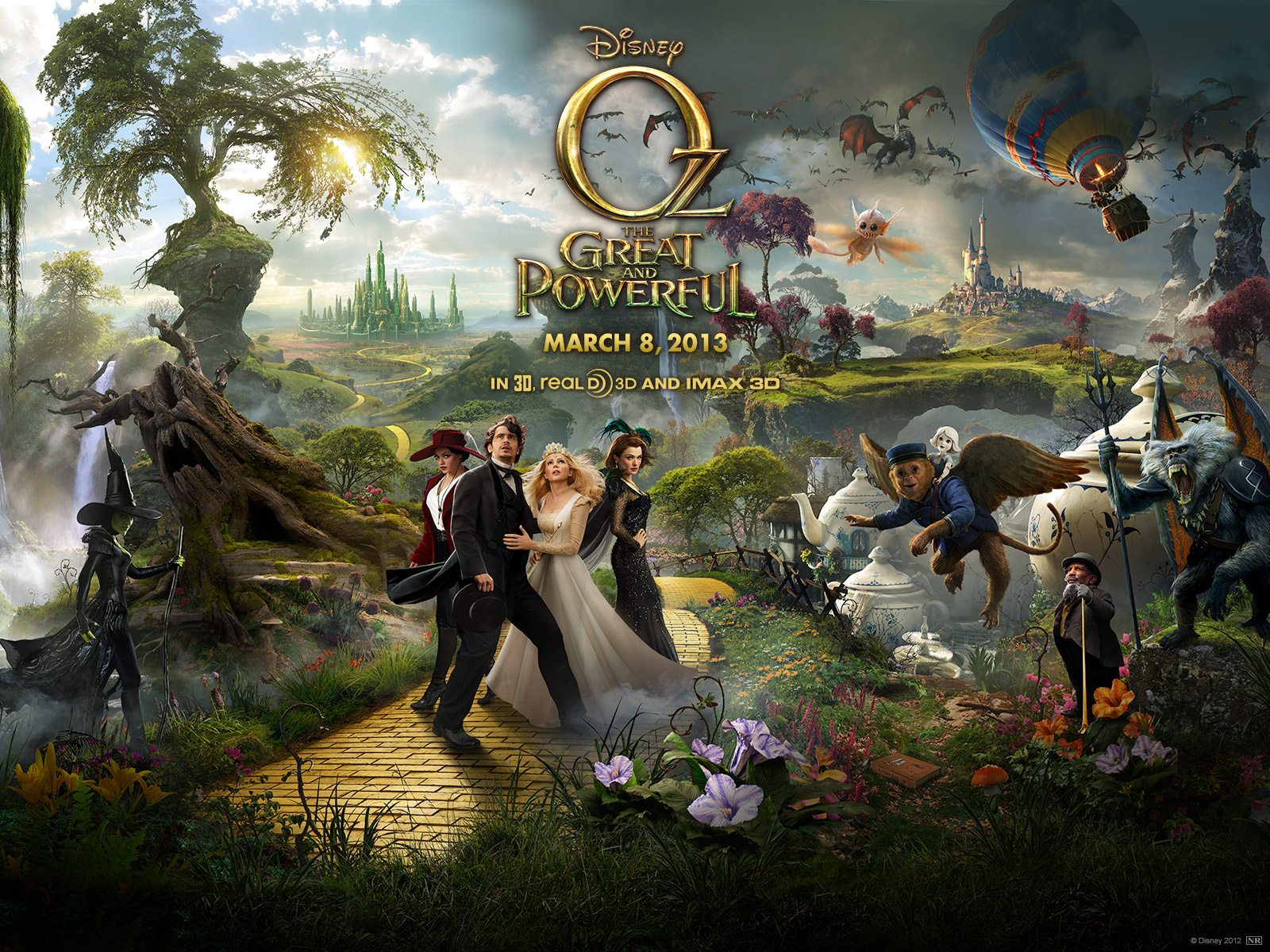 Cinderella is the most recent of the iconic Disney characters to get a live action makeover - and it is already one of the most successful films of 2015 so far.

Kenneth Branagh is in the director's chair for the film, which tells the classic Cinderella story and keeps much of the magic of the animated version. The film may look stunning, but Branagh has focused on characters and relationship and it is these - and the special effects - that are the heart and soul of this film.

Lily James stars in the title role and this is a film and a performance that is set to make her one of the most exciting young talents. I think it is fair to say that we are going to be seeing plenty more of her over the next few years. Cate Blanchett, Richard Madden, and Helena Bonham Carter are some of the other great names on board.

Cinderella was one of the first big 'must see' movies of 2015 and had critics and audiences won over by its charm and style. So far, the movie has grossed over $474 million at the box office and is the fourth highest grossing film of the year so far.

Tomorrowland is released 22nd May.

Tagged in Pirates of the Caribbean Alice in Wonderland Cinderella 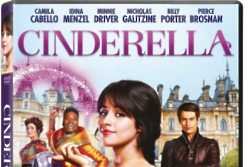 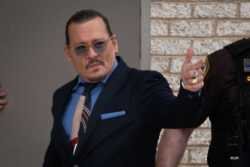 What does it mean to dream about Johnny Depp? 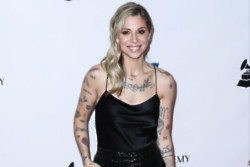