Tom Hanks is one of the best actors around - he is also a firm favourite here at FemaleFirst - and he is back on the big screen this week with new film A Hologram For The King. 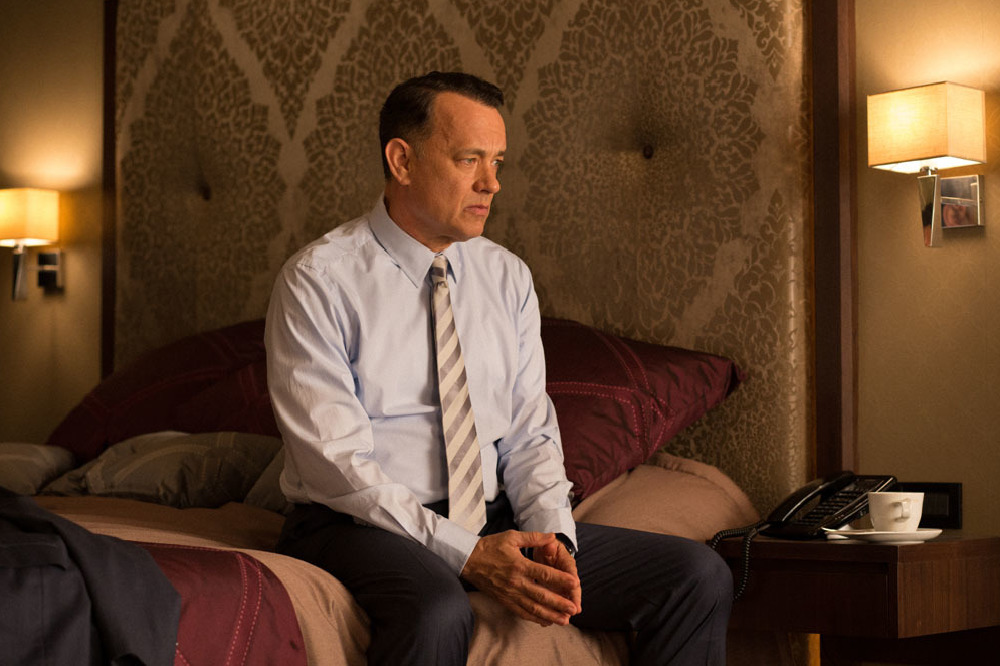 Tom Hanks in A Hologram For The King

A Hologram For The King is an adaptation of the 2012 novel of the same name by Dave Eggers and sees Hanks reunite with filmmaker Tom Tykwer; the pair has previously worked together on Cloud Atlas.

We look back over Hanks' illustrious career and look at some of his movies that have performed the best at the box office.

It will come has no surprise that Toy Story 3 is the most successful film of Hanks' career after it was a critical and commercial smash back in 2010.

In fact, Toy Story 3 remains the only Tom Hanks film to gross over $1 billion at the global box office - easily making back its $200 million budget.

The movie saw Hanks return to voice the much-loved character of Woody, alongside Tim Allen as Buzz Lightyear. Joan Cusack, Ned Beatty, and Michael Keaton were also board while Lee Unkrich was in the director's chair.

This time around, Andy's toys are facing an uncertain future as he is about to head off to college... things take a turn for the worse when they find themselves accidentally taken to daycare.

Toy Story 3 was one of the best movies of 2010 and remains one of Pixar's greatest achievements. It is a movie that is just as much for adults as kids and explores some themes and ideas that really will tug on those heartstrings.

The movie grossed over $1 billion at the box office and was the highest-grossing film of the year. It is the third highest grossing animation film of all time, behind Frozen and Minions. The movie went on to follow in the footsteps of Beauty and the Beast and Up and pick up a Best Picture Oscar nomination. It goes without saying that it won the Best Animated Feature Oscar.

Hard to believe, but it was back in 2006 when The Da Vinci Code hit the big screen - yes, it really was ten years ago!!!

The movie was an adaptation of the smash-hit novel of the same name by Dan Brown and saw Hanks take on the role of Robert Langdon, a professor of religious iconography and symbology from Harvard University, for the first time. The movie also saw Hanks reunite with filmmaker Ron Howard as he returned to the director's chair.

Personally, I think Hanks is a great choice as Langdon, a man who get pulled into a world of ciphers and secrets in the continuing search for the Holy Grail. But with the French police and Opus Dei on his trail, Langdon cannot afford to trust anyone.

Sadly, The Da Vinci Code is not Hanks' biggest critical hit but that did not stop it from becoming a box office smash.

While I found it to be an entertaining adventure, it is true that it's a movie that doesn't quite live up to the terrific novel.

The film would go on to gross over $767.8 million at the global box office and was the second highest-grossing film of the year, behind Pirates of the Caribbean: Dead Man's Chest.

When you think about all the movies that Tom Hanks has starred in, Forrest Gump remains one of his most famous characters.

He uttered the line 'life is like a box of chocolates' for the first time back in 1994 and we can all quote a whole host of great lines from the movie.

The movie was based on the novel by Winston Groom and saw Hanks take on the title role while Robert Zemeckis was in the director's chair. Sally Field, Robin Wright, and Gary Sinise completed a terrific cast list.

Waiting for the bus that will take him to reunite with true love Jenny, Forrest Gump tells his incredible life story to anyone who will listen; including his time in Vietnam, playing ping pong and working on a fishing boat.

It is such a wonderfully charming performance from Hanks that is packed with honesty and truth. He is a character that root for from the moment that you meet him and he sweeps you away on an incredible journey. It is a movie that will make you laugh and cry but it just as terrific a watch today as it was over two decades ago.

Forrest Gump was both a critical and commercial smash and finished 1994 as the second highest grossing movie; just behind The Lion King. The movie went on to be nominated for thirteen Oscars and won six; including Best Actor and Best Picture.

Hanks has already enjoyed success with The Da Vinci Code and reprised the role of Robert Langdon in 2009 in Angels & Demons.

Angels & Demons was the second of Brown's books to be adapted for the big screen and, once again, saw Ron Howard in the director's chair; it was the third collaboration between the director and the actor. Hanks was joined on the cast list by Ewan McGregor, Ayelet Zurer, and Stellan Skarsgård.

This time around, Langdon races against time to solve a murder and prevent a terrorist act against the Vatican by the organisation the Illuminati.

Angels & Demons is a fast-paced film that sees Hanks really charm in this role - I really do like him as Langdon. But, much like The Da Vinci Code, it doesn't quite live up to the book.

Angels & Demons was another critical disappointment for Hanks, but the film went on to top the box office and gross over $485 million by the end of its theatrical run. It was the ninth highest grossing film of 2009.

Hanks will be back in this role later this year as Inferno is set to hit the big screen.

We have already looked at one Toy Story movie but Toy story 2 was another hit for Hanks back in 1999. The movie came four years after the release of Toy Story, the first computer-animated film that changed this genre forever.

John Lasseter was back in the director's chair while Hanks reunited with Tim Allen as Woody and Buzz.

When Woody is stolen by a toy collector, Buzz, and his friends vow to rescue him, but Woody finds the idea of immortality in a museum tempting.

It is not very often that a sequel outshines the original but, Toy Story 2 is a movie that is widely regarded to do exactly that. Toy Story may have been the first computer-generated animation film, but Toy Story 2 showed off the advancement in this technology since the release of the first. It really is a stunningly beautiful film.

The movie continued to give these characters great depth and continued to develop fascinating relationships - not to mention there were new villains to battle.

Despite the fact that there were some production issues, Toy Story 2 was a triumph and went on to be another huge critical and commercial hit for Pixar.

The film grossed over $485 million at the global box office and ended the year as the third highest grossing film, behind The Phantom Menace and The Sixth Sense.

Another iconic role for Hanks came in 1998 when he teamed up with filmmaker Steven Spielberg for war epic Saving Private Ryan.

The movie was set during the invasion of Normandy during the Second World War and followed the hunt for one U.S. soldier, who had had three brothers die in the war. Matt Damon took on the role of Ryan and he and Hanks were joined on the cast list by Edward Burns, Tom Sizemore, Barry Pepper, Adam Goldberg, Vin Diesel, and Giovanni Ribisi.

Saving Private Ryan is widely regarded as one of the best war movies of all time - the opening scenes on the beach of Normandy will stay with you long after the credits have rolled.

It is Hanks' performance as the quiet leader that really anchors this film, a man that you know very little about who just wants to go home to his wife. But Saving Private Ryan is not a sentimental film, it is a powerful and brutal depiction of the horrors of war.

Saving Private Ryan was a critical smash upon release and went on to gross over $481 million at the global box office. It was nominated for eleven Oscars and won five, including Best Director. However Hanks would miss out on Best actor and the movie would not scoop Best Picture - losing to Shakespeare in Love.

A Hologram For The King is released 20th May.