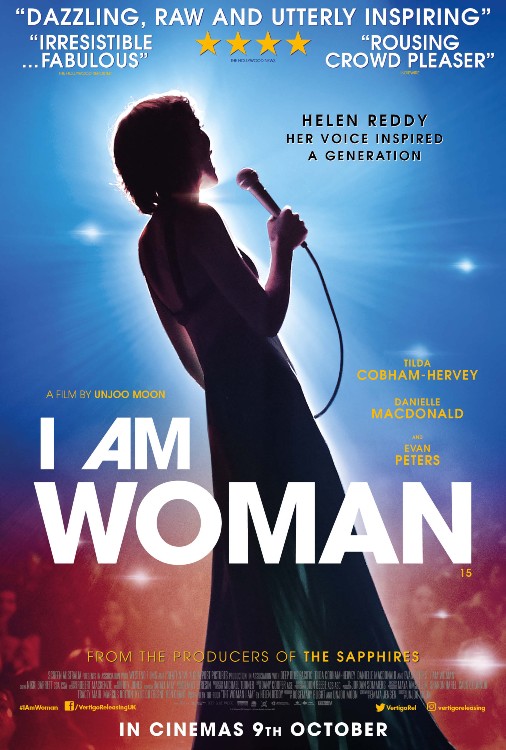 You’ll most likely be familiar with the famous lyric, "I am woman, hear me roar", but do you know the story behind it? Directed by Unjoo Moon, I Am Woman follows the rise to stardom of Australian singer Helen Reddy (Tilda Cobham-Hervey), whose most popular song became an anthem for the feminist movements of the 1970s. Reddy sadly passed away on September 29th, 2020.

The film, also starring Evan Peters and Danielle Macdonald, sees Reddy fighting her way to the top despite troubled relationships and sexism in the industry. The titular song saw Reddy taking home a Grammy Award and becoming an icon of second-wave feminism. To celebrate the film’s release in cinemas and on digital platforms Friday October 9th, 2020, we’re taking a look back at female trailblazers from the 60s and 70s who we'd also love to see up on the big screen.

Gloria Steinem is a feminist, journalist and political activist, best known for co-founding the first national feminist magazine in America, Ms., with Dorothy Pitman Hughes in 1972. For over two decades, Steinem was widely regarded as a leader and figurehead for the feminist movement in America. From co-founding the National Women’s Political Caucus (NWPC) to co-founding the Women’s Media Center as recently as 2005, Steinem’s impact on women’s rights is immeasurable.

Feminist, author and activist for African-American rights, Dorothy Pitman Hughes made huge contributions not just to gender inequality but to race and class to. After co-founding Ms. magazine with Gloria Steinem, Pitman Hughes went on to organise the first shelter for women in New York. She has spent most of her life either fighting for better access to childcare or passing her wisdom on to the next generation.

Author of iconic feminist book The Feminine Mystique, Betty Friedan and her writing are remembered by some as the trigger for the second wave of American feminism in the 1960s. Not only did she co-found the National Organization for Women (NOW) but she was also elected as their first president. With her book, NOW, and her organisation of nationwide Women’s Strikes, getting the world to see men and women as equal was Friedan’s ultimate goal.

The first African-American woman to be elected into US Congress, representing New York’s 12th congressional district for seven whole terms and equating to 14 years service, Shirley Chisholm paved the way for so many women now going into politics. Chisholm was famously quoted saying “I want to be remembered as a woman who dared to be a catalyst of change”. She left behind quite a legacy.

The Ford Sewing Machinists of Dagenham

World-changing feminists weren’t limited to America though; Rose Boland, Eileen Pullen, Vera Sime, Gwen Davis, and Sheila Douglass are just some of the British names to learn. After being told their male counterparts were being paid 15% more than them, they went on strike and production was forced to shut down. These women can claim part responsibility for the passing of the Equal Pay Act in 1970, making pay discrimintion illegal. They also sparked inspiration in women across the country, who began joining unions and forming committees to hold equal pay demonstrations.

I Am Woman is in cinemas and on digital platforms Friday October 9th, 2020. Check out a clip from the film below: 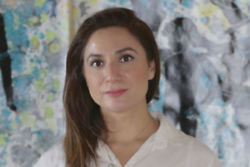 Breaking through the patriarchal narrative: Art as a medium to champion gender balance 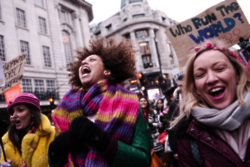 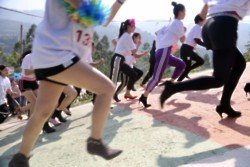 The top ten things that empower women across the nation