Jack The Giant Slayer is one of the movies to watch out for this March as Bryan Singer delivers his take on the well known tale of Jack and the Beanstalk.

Not only is it exciting to see Singer back in the director's chair but he has brought together a terrific cast.

Nicholas Hoult is set to take on the title role of Jack while Eleanor Tomlinson, Ewan McGregor, Stanley Tucci, Eddie Marsan and Ian McShane are all also on board.

McGregor takes on the noble knight of Elmont who is entrusted to look after the king and his daughter.

Tucci plays Roderick, advisor to the king; but he has darker schemes.

McGregor and Tucci chat about their characters and working with CGI:

The fairy story has been hugely popular with Hollywood in recent years with Alice In Wonderland, Snow White and the Huntsman and Hansel and Gretel: Witch Hunters all hitting the big screen.

An ancient war is reignited when a young farmhand unwittingly opens a gateway between our world and a fearsome race of giants.

Unleashed on the Earth for the first time in centuries, the giants strive to reclaim the land they once lost, forcing the young man, Jack (Nicholas Hoult), into the battle of his life to stop them.

Fighting for a kingdom and its people, and the love of a brave princess, he comes face to face with the unstoppable warriors he thought only existed in legend... and gets the chance to become a legend himself. 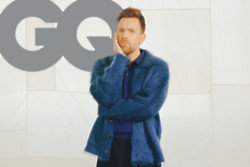 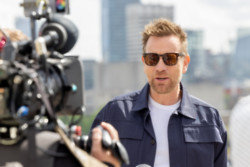 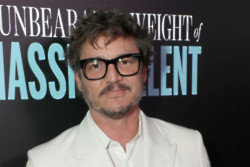 Pedro Pascal says Baby Yoda has made him want kids