Jodi Benson lent her voice to a Disney project for the first time in 1989 when he brought the character of Ariel to life in the classic movie.

Over twenty years on the movie is as much loved as every and is coming to HD Blu-Ray for the very first time.

We caught up with Jodi to chart about The Little Mermaid, the enduring success of the film and working with Disney.

- The Little Mermaid is one of Disney greatest classics and you voice the character of Ariel, so how did the role come around?

I was doing a Broadway musical called Smile with Howard Ashman and Marvin Hamlisch in 1984/5 when it abruptly closed. Howard was in the middle of pre-production for The Little Mermaid, so he kindly invited all the girls in our cast to audition for the film.

I went in and played with a voice that I thought a sixteen-year-old might have and laid down some dialogue and a bit of the song. About a year and a half later my take was selected. It was definitely a god’s gift and a huge miracle.

- Ariel remains one of Disney’s most loved characters so can you talk a bit about the character development process, and the stages that you went through to find her voice?

I just grabbed the script and listened to Howard’s recording of Part of Your World, and I started to imagine this particular character.

When we got in the studio, we played around with it quite a bit until the directors, and Howard were able to fine tune what they thought would be the right sound for her. Then we just went with it.

- Disney has always been a giant in animation film so what was it like working with the studio for the first time?

We had a cast that primarily had a Broadway background, and so they approached it like a Broadway musical and tried to accommodate all of us in our background and what we were comfortable with.

At that point, the feature animation department was on its last legs and there was a possibility of it closing down; so there was a lot riding on this project, which we didn’t know about.

It was a huge surprise for me that it was so widely received and was going to change the course of animation for ever.

- Ron Clements and John Musker were the directors for the film, so how did you find working with them?

- When you are recording voiceovers today you tend to do it in a booth on your own. Was that case when you were working on Little Mermaid? What kind of process did you go through as you were delivering the vocal?

It was different for this film as we all came together on the first day and did a big read through like a Broadway show. Howard and Alan were at the piano interspersing with the music as we read the script.

Then we broke off into groups of twos and threes and recorded everything together. The remaining few days we were all isolated and recorded by ourselves. But we had already everyone’s interpretation of their characters, and so you could carry that with you while you worked.

Now it is completely different as we work by ourselves; you don’t meet the rest of the cast until the movie comes out. So it is very very different.

- You have continued to do a lot of voiceover work, and you have continued to work with Disney and Disney/Pixar. As you say the recording process has changed, so how have you found that change? And how difficult is it to not have anything to feed off?

Thankfully, you do have your incredible directors; I had Lee (Unkrich) and John (Lasseter) for Toy Story two and three.

It puts a lot more work on them, but as long as they are comfortable with that they can get everything that they need from their actors.

- As I said you have continued to do plenty of voiceover/animation projects over the yeas, so what is it about his genre that you seem to enjoy so much?

The thing that I enjoy about animation is the fact that it is unbridled and there are no boundaries; when are in the room you don’t have to focus on your clothing, make-up, hair, your choreography or your blocking, you really do have total freedom.

It is that total freedom that I really enjoy as there is no judgement and there are no critics there watching to see what you are going to do. It is just a free-for-all, and I really enjoy that process.

When you are working with incredible directors then the responsibility lies on them to do the product and get the story told; it takes a lot of pressure of me, and I just get to go in and have a play session.

Focusing on all of these other things just zaps your energy and stops you from focusing on the one thing that you really want to do well - which is tell a story in song.

So, that is what I like so much about animation because I don’t have to think about anything else (laughs).

- The Little Mermaid was released back in 1989, and yet it remains one of Disney's classic films - what do you think are the enduring qualities of this movie?

I think I am going to say Howard Ashman. When Jeffrey Katzenberg and Michael Eisner found Howard, they wanted what he had; that is a genius quality of transcending a script, combining it with music and telling a story in such a beautiful way that it crosses over generations. So the thing that is so appealing is being able to see what Howard did.

And when he insisted on bringing Alan Menken into the picture - they were looking at different composers for him to partner with, and he refused; he said ‘if you don’t take Alan, then you don’t get me’. He just didn’t really care because he knew what they needed.

We were going to be cast off the lot; they were already off the lot when we started work on The Little Mermaid. That would be my opinion.

- Music has always been a massive part of Disney films - particularly the classic films. So what did you make of the songs when you got them for the first time as they really are some of the best?

It was just that combination between Howard and Alan that worked so well; it is the smart, sarcastic and witty lyrics that can capture a two-year-old and ninety year olds.

Cross-generationally you can enjoy the same picture, and that is really hard to find.

- Earlier this year, you lent your voice to Sofia the First for Disney Channel so can you tell me a little about that?

Anything that has to do with Disney and Pixar, I am on board with. That is where my heart and family are. So when they call I jump.

- Over the years, we have seen Disney evolve - teaming up with Pixar and moving away from the traditional hand-drawn animation - but Disney has remained as successful as ever. So what do you think is Disney's secret?

I think a lot of that has to do with Walt Disney, and the vision that he had for the company when he created it. He wanted to have strong gamily entertainment that could cover several generations but also to do high-quality products; and you can’t really go wrong with that.

If you have got high-quality products, great storylines, great entertainment, and you can occupy a family all across the ages, then you do have a success story with that. That was Walt’s vision, and I think that we, as a company, are trying to stay true to that.

- Toy Story has been one of the big successes in recent years - Toy Story 3 going on to become a billion-dollar movie - so what has been like being a part of all of that?

Amazing. John Lasseter is like Howard because he is a genius, creative, brilliant and none stop thinking; the creative juices are always flowing. He understands animation as he started out at Calarts; all those guys studied with the nine old men.

They knew what Walt’s vision was and have stayed with it, but they have added the technology that we need to add for 2013 and beyond.

You can’t live in the past technologically as you are not going to capture the audience of this generation - it is very important that we stay in tune with the audience of today - but hold on to the value and the integrity of Walt’s vision.

So the people that are in charge understand the combination of those two things. If they get it and understand it, then there is not going to be a problem.

- Finally, what is next for you?

Ariel is alive and living, and that is my full-time job (laughs). On a daily basis, I am either recording, or approving, or listening, or dubbing, and we are just trying to hold true to the integrity of this character in every way that we can. I also do concerts; they hold on to the Disney music, and the Broadway music that I love.

We home school our children - they are twelve and fourteen - and so this is my twelfth year of home-schooling, which is great. And we are heading down to Walt Disney World for a Night of Joy; which is Christian recording artist’s weekend.

So I get to combine my passion with my faith; so I get to stand on the stage in Magic Kingdom as a cast member but as a spokesperson with World Vision to encourage people to sponsor a child.

It’s great because family entertainment and children are my passions. So I am excited about this new season and what God has for our family.

The Little Mermaid is out on Disney Blu-ray and DVD on Monday 2 September. 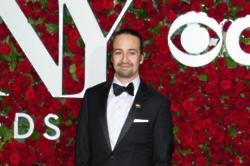 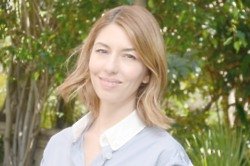 Sofia Coppola Steps Down As The Little Mermaid Director