The Rise Of Joel Edgerton

Joel Edgerton is one of the actor who often sneaks under the radar and yet makes really good movies.

He has seen his star rocket in recent years and is back on the big screen this week with his charming new movie The Odd Life Of Timothy Green.

Edgerton kicked off his film career back in 1996 as he made his debut in short Loaded - his feature film debut coming the same year as he appeared in Race the Sun.

Over the next few years he balanced TV and film work as he appeared in the likes of Big Sky and Fallen Angels on the small screen and Praise and Erskineville Kings on the big screen.

He got the taste of the big budget blockbuster in 2002 when he landed the role of Owen Lars in Star Wars: Episode II - Attack of the Clones - a part that he would reprise in Revenge of the Sith three years later.

Throughout the early noughties he continued to work on TV project as The Secret Life of Us being a show that he stayed with for some time.

But after Revenge of the Sith in 2005 his career began to turn as he started to land more interesting roles.

Kinky Booths and Smokin' Aces followed before heading back to TV for series Dangerous.

But it is not just in front of the camera that he is interested in as he has also written, produced and directed some projects.

He has penned shorts Bloodlock (which he also produced) and The Pitch and he made his directorial debut in 2008.

So far The List and Monkeys are the short projects that he has helmed but he looks set to be one of those actors that turns their hand to filmmaking.

More recently he has made a name for himself with projects such as Warrior, The Thing and Animal Kingdom - the latter being a terrific Aussie movie that you really should check out if you have not seen it.

The Odd Life of Timothy Green sees him return to the big screen this week as he joins forces with Jennifer Garner.

Directed by Peter Hedges the movie follows happily married couple, Cindy and Jim Green (Garner and Edgerton), who can't wait to start a family but can only dream about what their child would be like.

When young Timothy (CJ Adams) shows up on their doorstep one stormy night, Cindy and Jim - and their small town of Stanleyville... learn that sometimes the unexpected can bring some of life's greatest gifts.

This is the second movie outing of the year for Edgerton as he appeared in the Oscar nominated Zero Dark Thirty at the beginning of 2013.

Directed by Kathryn Bigelow the movie followed the decade long search for Osama Bin Laden and Edgerton plays one of the soldiers sent in to find him.

And while Edgerton has some interest behind the camera we are going to be seeing plenty of him in front of it as he has some exciting projects in the pipeline.

He will be back later this year as part of the ensemble cast of The Great Gatsby.

Directed by Baz Luhrmann the movie is an adaptation of the F. Scott Fitzgerald novel and will see Edgerton star alongside Leonardo DiCaprio, Carey Mulligan and Tobey Maguire.

He has also completed work on thriller Felony with Jai Courtney and Tom Wilkinson while he is currently working on Jane Got A Gun.

Joel Edgerton is an actor who just seems to be getting better with every movie he makes and I don't think it will be long before we see him make his feature length directorial debut.

The Odd Life Of Timothy Green is released 5th April. 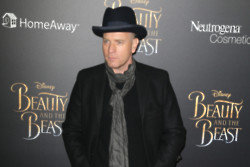 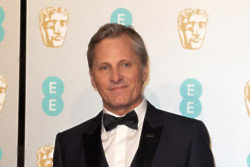