Keanu Reeves is back this week in his new crime drama Exposed, which sees him take on the role of tough cop Scotty Galban. 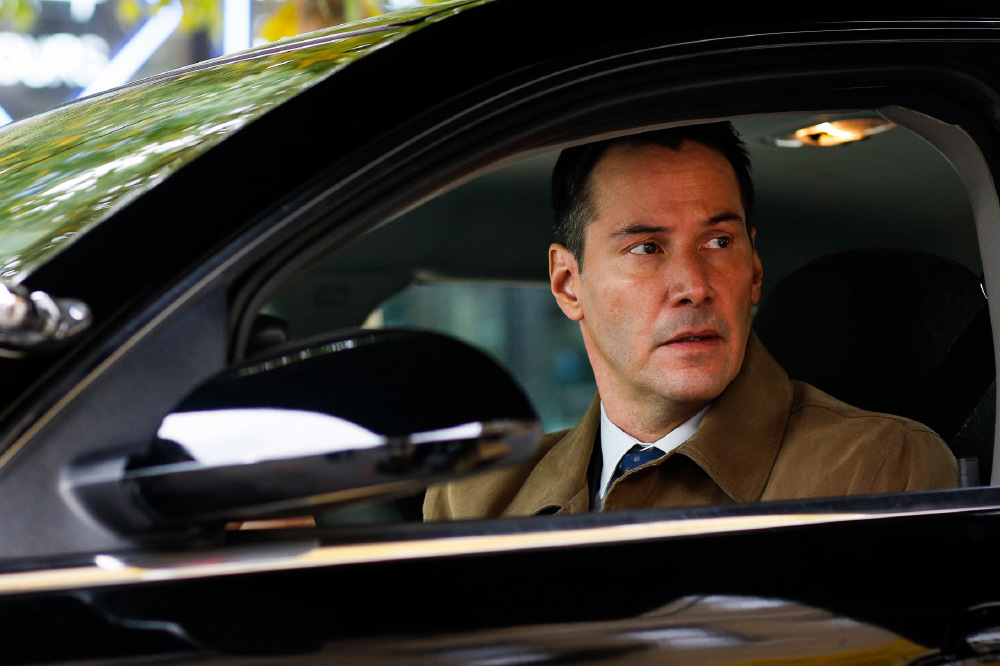 Reeves is one of the most recognisable faces on the big screen and is an actor who is no stranger to a gritty, intense and action-packed role; we have seen him tackle quite a few over the years.

To celebrate the role of new film Exposed, we take a look back at his career and some of his toughest characters.

Hard to believe, but it was back in 1991 when Reeves took on the role of Johnny Utah in Point Break, which saw him team up with filmmaker Kathryn Bigelow.

Point Break was a movie that really moved Reeves away from the Bill and Ted comedy movies and showed that he had the potential to be a real action star - he also caught the attention of the ladies in the process.

Point Break was one of the most action-packed films of the early nineties and is a high-octane film that is packed with pulse-quickening moments and some great characters.

While Point Break is the biggest of Reeves' movies, it was a film that really did help pave the way for the action and blockbuster movies that followed in the next few years.

When it comes to action films, there were few that were bigger than Speed in the nineties, which was released back in 1994 and is now over twenty years old.

Speed was the movie that really cemented Reeves as an action hero and bonafide leading man and the release of this film sent his star rocketing.

The actor took on the role of a bomb squad officer who must board a public bus fitted with a device set to detonate if the speed drops below 50mph. The high-speed action that follows had Keanu perform 90% of his own stunts in this action
classic.

However, we nearly didn't get to see him in the film since he felt the initial script was too similar to Die Hard and, it was only after a near total rewrite by Joss Whedon, that he finally agreed to take the role.

Speed, which saw Reeves star alongside Sandra Bullock and Dennis Hopper, was a huge critical and commercial smash in 1994 and grossed over $350 million at the global box office.

Reeves moved away from the action blockbuster in 1997 and took on a more dramatic role in The Devil's Advocate, which saw him work with Al Pacino and director Taylor Hackford.

The movie was based on the book of the same name by Andrew Neiderman and saw Reeves take on the role of
young hotshot lawyer Kevin Lomax who is recruited to a powerful Manhattan practice by Al Pacino's dark, mysterious John Milton... however, this doesn't necessarily go to plan.

The Devil's Advocate is a well-crafted horror drama that explores some great themes and characters and boasts terrific performances from both Reeves and Pacino.

The Devil's Advocate was a movie that allowed Reeves to craft an interesting and complex character - something that he perhaps didn't get a chance to with the likes of Point Break and Speed.

This was a movie that did show that Reeves was more than just an action movie star and he had a great central chemistry with Pacino. In fact, Reeves took a reduced fee so the production could bring in Pacino and benefit from his now legendary, colourful co-starring performance.

When you think of all of the movies that Reeves has starred in during his career, The Matrix tends to be the one that springs to mind first. Not only was it one of the biggest films of the nineties, but it remains one of the biggest science fiction films of all time.

The Matrix was only the second feature for filmmaking siblings Andy and Lana Wachowski and came three years after they made their debut with Bound. As well as being in the director's chair, the duo also penned the film's screenplay.

The movie follows Neo, a computer hacker learns from mysterious rebels about the true nature of his reality and his role in the war against its controllers. The movie saw Reeves star alongside Laurence Fishburne, Carrie-Anne Moss, and Hugo Weaving.

Keanu had neck surgery before filming and trained for months beforehand in a neck brace. He also risked breaking his neck permanently when during the cell phone conversation between Morpheus and Neo in the Meta Cortex office he climbed out of the window without a stuntman, 36 floors up.

The Matrix was a critical and box office smash as it took over $463 million at the global box office; it was the fourth highest grossing film of the year. Two movie films followed in 2003.

I always liked Reeves as an action hero and he returned to this genre in 2015 with John Wick, which saw the actor take on the title role.

John Wick is a super stylish assassin genre tale of redemption and revenge, in which the titular character hunts down the gangsters who killed his beloved dog, a final gift from his dying wife.

Keanu trained extensively for months prior to filming the many fight scenes and was so dedicated to the shoot that he filmed the nightclub fight sequence with the flu and a 40-degree fever.

He also championed co-directors(and former stuntmen) David Leitch and Chad Stahelski to take the directorial reigns for the project after working on several films together, including The Matrix trilogy, Constantine, Man of Tai Chi and more.

John Wick was a movie that saw Reeves back to his action best and it was one of the film films in this genre to hit the big screen last year. it really was one of those movies that entertained you from start to finish. A sequel is in the pipeline.

In his latest thriller, Keanu plays Detective Scotty Galban who is called in to investigate the brutal murder of his partner. Among the limited evidence, he finds a photograph of a young teacher who he believes may also be a witness.

Marking a new and gritty role for him, Keanu was praised for a restrained, quiet performance which still showed a multi-faceted character suffering throughout the story.

With all the traits of cinema's classic cop films, Exposed is another fine string to the bow of Keanu's acting portfolio.

Exposed is in cinemas and On Demand from 26th February.