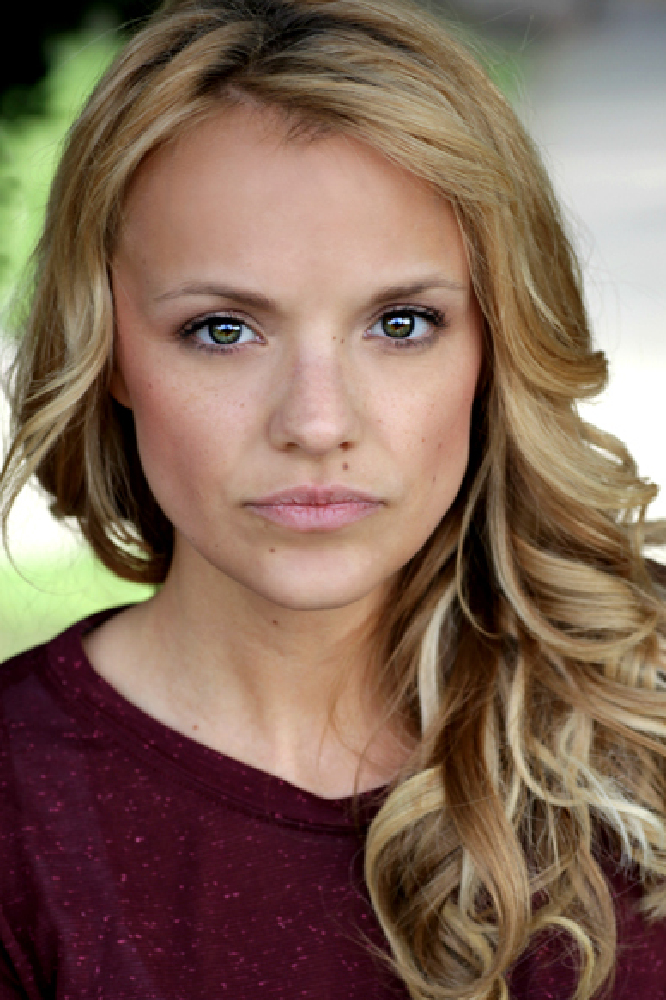 Filming has just got underway in London on new movie Amar Akbar & Tony and will see Laura Aikman take on the role of Samantha.

We caught up with the actress as she prepared to step on set for the first time to chat about the movie and what she has ahead for the rest of the year.

- Filming on Amar Akbar and Tony has just got underway so can you tell me a little bit about the movie?

It is a story about three boys who have grown up together in Southall; two of them were born there while one of them lived in India in his early life.

It follows them as they get older as one of them ends up going to jail in the movie - so it is his life before jail and his life after jail.

I take on the role of Samantha, who is an actress, and I end up marrying Akbar; we meet as he is trying to sell me a house and we end up getting married. I get an Indian wedding and a white wedding (laughs) so I am winning.

- You take on the role of Samantha in the movie so what was it about this character and the script that initially appealed to you?

It is always nice to play an actress in something who is not crazy because actresses tend to be depicted as this crazy people who are quite eccentric (laughs).

She does have a really good flirtation with Akbar and so she is a really fun part. It is nice to be cross-cultural wedding as well; it is nice to see a representation of the modern relationship in the film.

- Well you have touched on my next question this movie celebrates multiculturalism as well as looking at the vibrant city that London is so how much was that a draw for you?

Definitely. I grew up in a very racial environment and there were lots of Indian kids in our community and most of our friends were Indian when we were really young.

I didn’t think about the issue of race until I later became aware that there was an issue there - it was not an issue for me at all when I was a kid.

So I think it is great to be able to do a film and get involved with something that has an all Indian cast - I am the token white girl in this and it is usually the other way around.

- And how are we going to see Samantha develop throughout the course of the movie - she does sound like she has quite an interesting journey?

She gets two weddings; a Muslim wedding and a white wedding and then she has a baby - so you really are going to see the full spectrum of this character.

I went for my fitting yesterday - the Muslim ceremony is called a Nikah - so I went for the fitting for my Nikah dress and for my wedding dress yesterday. Both outfits are very cool and it is a real privilege to be able to wear something like that.

- As I have said filming has just got underway so how are things going at the moment?

My first day filming is actually tomorrow and so I haven’t been in yet. I hear that they have been working very long hours but that it is going well and there really is a team vibe happening.

- Atul Malhotra is in the director's chair for the film and he has also penned the screenplay and while you haven’t been on set with him yet what kind of director are you expecting him to be?

We have had some rehearsals with him and he was quite flexible on what we could change if things didn’t feel right to us - he was really open to discussion.

I think he wanted to get that locked down before we got to set so we weren’t messing with things on the day.

So I think that he is pretty fair and he has given everyone the chance to have their say and now those are the rules - if you haven’t said anything before now I think you will be in trouble if you try to change things.

- Some actors like the rehearsal process while others prefer to just get straight on set so how do you find the process?

I have done quite a lot of sit-com during my television career and it involves a whole week of rehearsal and half an hour of shooing. But I have also done a lot of telly where it has been fast paced and you don’t really get to rehearse at all. So I have done and enjoy both.

But with this particular film I didn’t want to rehearse too much because so much of the stuff that Samantha is in is when here and Akbar are first meeting and I think it is quite nice that it would feel a little uncomfortable and spontaneous.

When you first meet someone it doesn’t always go smoothly and you don’t always say the right thing and you are nervous so I have been trying to avoid running my scenes as much as possible without looking like a lazy actress (laughs).

- Meera Syal, Martin Delaney and Karen David are just some of the other people on the cast list so have you had chance to meet them all yet during rehearsing?

Yes I have met everyone now in rehearsals. The women are brilliant the like of Karen and Amrita have been doing some amazing stuff in L.A.

I already know Martin Delaney as he was a guest on a sit com I did a few years ago called Teenage Kicks - he cousin is Kevin Bishop who I was just working with on the Keith Lemon movie. So we know each other quite well and it was nice to have a familiar face.

- 2013 is a busy year and we are also going to be seeing you in Bula Quo! so can you tell me a little bit about that?

Bula Quo! is an off the wall the wall comedy starring Francis Rossi and Rick Parfitt from Status Quo and it is an action adventure that we filmed in Fiji.

It is a crazy movie and it was a really bizarre and wonderful experience to film with Rick and Francis and because of all they have been through in their lives we were never short of an incredibly story about Michael Jackson. The film is really silly and I think that the Status Quo fans are going to love it.

Fiji does sound a lot more exotic than it was because there was a huge cyclone before we got there that destroyed a lot of the village and destroyed most of the sets.

We would turn up at a location where we were supposed to be filming and everyone from the village would just put their sofa… we were using a stadium and everyone had just taken their sofas to the stadium to dry out in the sun because everything was wet due to the flooding.

So we would arrive and there were about fifty sofas there and we were like ’we can’t film here’ so it was an interesting experience. It was really good and it was so beautiful.

- You have done quite a lot of comedy throughout your career and that s quite a specialised genre but it is something that you seem very comfortable with.

I love comedy and it is something that I have fallen into I think. I have been doing the stuff with Keith Lemon recently and we created the show Lemon La Vida Loca last year and that is a completely improvised show.

We will write the arc of a script and then everything else is just completely off the cuff as we film. I think that that was my most challenging and most enjoyable comedy experience to date - I feel like I can do anything if I have handled that man.

- Throughout your career we have seen you moved from films to TV so how do you find the mediums to compare? Do you have a favourite medium in which to work?

I do have a secret favourite in telly as it is much quicker. I love working in film and I love watching films, I go to the cinema all the time, but when you are making a film they spent a lot of time lighting and doing all that kind of stuff that you can’t afford to do when you are doing telly. So there is a lot of time spent in your weird little trailer going a bit crazy.

- Finally what's next for you for the rest of this year?

I am on the film until the end of June and then I am doing a guest appearance in Citizen Khan, which is a Pakistani comedy on the BBC. And then I am going back to a show that I have done for the last few years called 4 O’Clock Club - it is a kids show.

I am not sure if I am allowed to say but I am doing a little special appearance but I will be leaving that show this year. So that is all I know so far but I am busyish.

Amar Akbar & Tony will be released next year. 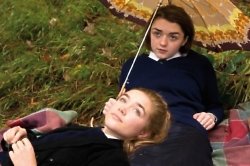 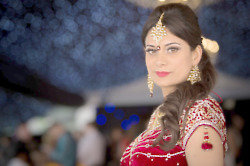 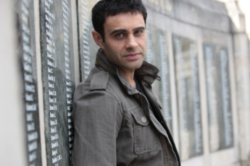