Exclusive: Mike Beckingham and Ruby Turner discuss their favourite day on the set of The Host

Produced by Zachary Weckstein and directed by Andrew Newbery, The Host "explores the dark corners of the human psyches" through the eyes of its lead characters Robert and Vera, played by Mike Beckingham and Maryam Hassouni respectively.

Before the lockdown madness, we got the opportunity to have a quick chat with Beckingham and another of his co-stars from the movie, Ruby Turner, asking them to let us in on one of their favourite days on the set of The Host. Here's what they had to say... 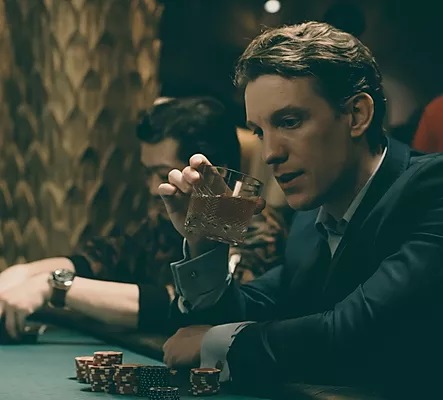 Mike Beckingham stars in The Host

Mike Beckingham: "Probably the day I got to get naked.

"Let me say first off I had so many great times on this project. I was working with an entirely new crew, I had never been to Holland before so that was an amazing experience in itself. I found the Dutch people so welcoming and Amsterdam you always knew where you stood because it didn’t try and hide what it is. If you want to smoke drugs you can go to a cafe to smoke drugs, if you would like to indulge in some adult ‘activities’ it’s there with red lights on. I really appreciated this, like a good friend who always tells you actually what they’re thinking, rather than what you want to hear.

"We also stayed in some incredible hotels (if you haven’t looked it up, take a look at Hotel Twenty Seven in Amsterdam) I don’t think I’ve ever stayed in a hotel as exclusive and luxurious. However, above all this, getting naked for the first time on a film set I think tops it.

"To give some context there is a scene where my character is changing to go for a swim and obviously needs to pop on some shorts, and I decided we should shoot it like I was changing in real life so we did. In all honesty it was extremely liberating, it was a closed set so very professionally and tastefully done. There was a sense and feeling of vulnerability like I had never felt before. We were in this beautiful home, in this beautiful stone room, it was night-time and the swimming pool created a wonderful atmosphere. All these things combined really did make me feel a way I’ve never felt on set before.

"The scene also is pivotal in terms of the story. This is the magic of what I do, I shared this moment with people I probably will not speak or see again for a very long time, or possibly ever, but they played a huge part in creating this experience for me and it is something I will never forget. Speaking about this, I’d like to also take this opportunity to thank the lighting department, and when you watch the movie you’ll see why."

Ruby Turner: "My time on the set of The Host was quite remarkable and an exciting one, and I’ll note it was a highlight in my career.

"I arrived in London at the beautiful filming location, Park Chinois in Mayfair. It was a busy and focused team with everyone tasked with their own jobs: the make-up artists, camera techs, sound, lighting, and actors. The on-set catering was there serving delicious food, and plenty of it.

"Unfortunately, a few scenes with my role were cut due to timing restrictions. I was somewhat disappointed, but, I had a much bigger contribution to add to this film. I co-created, wrote and performed the film's title track and song Chasing Love - which is out on my 2020 album, Love Was Here.

"With timing restrictions and me just finishing my European tour, I came on set, sat down with the composer of the film and things were a bit chaotic. Well as you would have it, Zachary the films producer walked in and things were put into place at a frantic speed. A hotel room was booked around the corner from the film set and and we finished an entire song and track in a couple of hours. We were ready to perform live in the opening of the casino scene and were filmed that day.

"Well we did it! Wan, the film’s composer and myself got into the talented, fast-moving wardrobe and make-up and were ready as the cameras rolled. I met some wonderful people and made good friends with Erwin Girigorie my fabulous makeup artist, and Mike Beckingham who plays Robert Atkinson in the film.

"Thanks to Zachary Weckstein for the amazing experience and for giving me the opportunity to write and perform my first feature film theme song. I look forward to working on another Pearl Pictures Productions film." 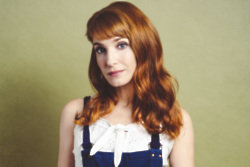 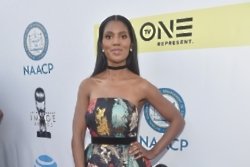 Denise Boutte stars in new TV movie Her Only Choice 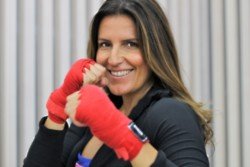