Most Watched Movie Trailers Of 2014

We have been treated to a whole host of great movies and performances in 2014, but that it not the only thing that has been whipping film fans up in to a frenzy… we all like being treated to teasers that give us little hints as to what we can expect from upcoming films. 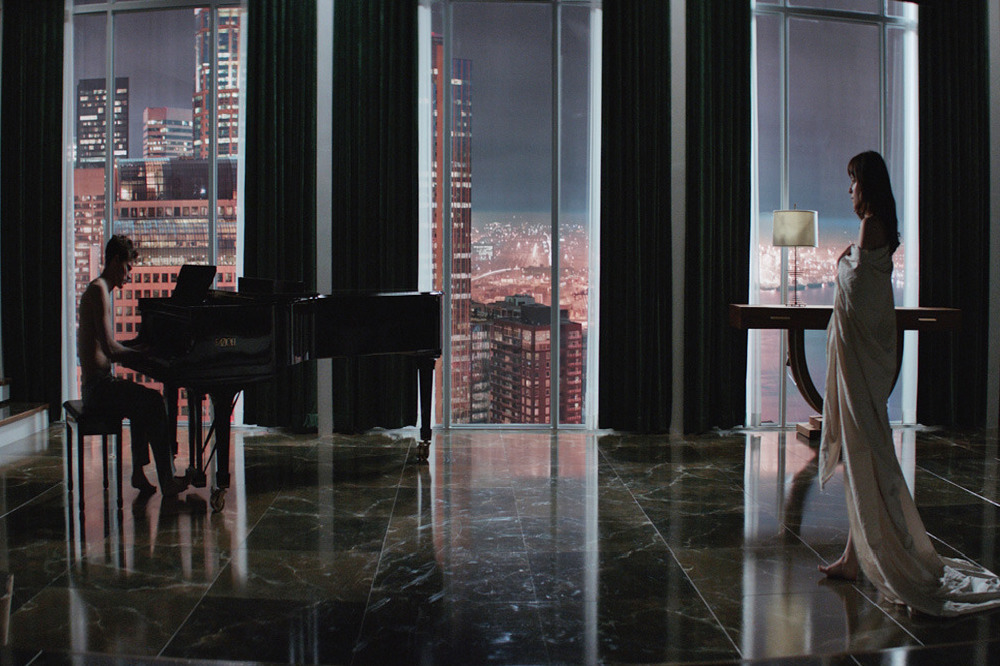 And there have been some terrific trailers release over the last twelve months, many of which have teased us about the films that are set to hit the big screen in 2015. It really does look like it is going to be a bumper year with some big budget blockbusters, animation movies, and book adaptation set to excite.

We take a look at the most popular trailers on YouTube over the last twelve months, which will give us a little hint as the movies that many of you are excited about heading in to 2015.

Fifty Shades of Grey may not be hitting the big screen until February 2015, but it has been one of the most talked about movies of this year, as E.L. James' smash hit novel has been given a movie makeover. Sam Taylor-Wood will be in the director's chair for the film, while Jamie Dornan and Dakota Johnson have been cast in the central roles of Christian Grey and Anastasia Steele.

The trailer for the film was released back in July - and it whipped fans of the book into a right frenzy - and has been viewed by 93 million in that time:

Sadly, for Star Wars fans, there is a little under a year to go until Star Wars: The Force Awakens - the seventh film in the franchise - hits the big screen, but we have already been treated to one teaser trailer for the film. J.J. Abrams is a director who likes to keep things close to his chest when it comes to his films, but in November, we got our first glance of one of the most highly anticipated films of next year.

While we will see franchise faves Harrison Ford, Carrie Fisher, and Mark Hamill return, Andy Serkis, Oscar Isaac, Domhnall Gleeson, Adam Driver, and John Boyega are the new generation of Star Wars actors. Since the trailer dropped in November, it has been received 81 million views. I think this movie is going to be a huge hit!!

Avengers: Age of Ultron is the 2015 movie that I am looking forward to the most and is the first Avengers film that we will have been treated to since Avengers Assemble back in 2012. Joss Whedon is back in the director's chair, while Robert Downey Jr, Chris Evans, Chris Hemsworth, Scarlet Johansson, Mark Ruffalo, and Jeremy Renner are back as Iron Man, Captain America, Thor, Black Widow, Hulk, and Hawkeye.

However, there are some new faces to watch out for as James Spader, Aaron Taylor-Johnson, Elizabeth Olsen, and Paul Bettany will be introduced as Ultron, Quicksilver, Scarlet Witch, and The Vision. Since the first trailer for the film was released back in October, it has been viewed 78 million times.

It is fair to say that the second and third Jurassic Park movies were not highlights of the franchise, but more I see of Jurassic World the more I am looking forward to it. The film will be set twenty years after the first and will return audiences to Isla Nublar, where John Hammond's dinosaur theme park dream has been realised.

Colin Trevorrow is in the director's chair this time around, while Chris Pratt, Bryce Dallas Howard, Judy Greer, and Jake Johnson are just some of the great names on the cast list. It was only back in November when a great new trailer for Jurassic World was released, and it has received 64 million views.

Teenage Mutant Ninja Turtles is the only film to feature inside the top seven most watched trailers of 2014 that was actually released this year. Yes, Raphael, Michelangelo, Leonardo, and Donatello returned to the big screen this year with Jonathan Liebesman in the director's chair. The movie topped the box office upon release and enjoyed success around the world.

The trailer for the film was released way back at the end of March and has received 58 million views since then.

Fast & Furious 7 was a movie that was pushed back to 2015 after the untimely death of Paul Walker during the filming and is set to be a rather emotional watch when the movie hits the big screen next year. The movie will come two years after the success of Fast & Furious 6 but will see James Wan take over the director's chair for the first time.

Vin Diesel, Paul Walker, Dwayne Johnson, Michelle Rodriguez, and Jordana Brewster are all back, while Jason Statham, Kurt Russell, and Djimon Hounsou are some of the big additions to the cast list. The trailer was released back at the beginning of November and has had 57.7 million views.

The Minions have won over audiences in Despicable Me and Despicable Me 2, but 2015 will see them star in their own movie for the very first time. Kyle Balda and Pierre Coffin are in the director's chair for a movie that looks set to serve as an origins story.

Our first proper look at Minions back in July, and the trailer received 54 million views.

Other trailers that have been super popular this year include The Hobbit: The Battle of the Five Armies, Dumb and Dumber To, Interstellar and The Hunger Games: Mockingjay - Part 1. The research was conducted by Zefr, a YouTube data and marketing company.