Alex Pettyfer didn't enjoy having to hit the gym to bulk up for to play alien John Smith in new sci-fi movie 'I Am Number Four'.

Alex Pettyfer found it hard to motivate himself to go to the gym for new movie 'I Am Number Four'.

I'm not very good. I had to work very hard to try and do that.

The British star - who plays alien John Smith in the sci-fi drama film - did many of his own stunts but had to train because he could barely touch his "toes".

He told BANG Showbiz: "I worked with wires and I worked on flexibility. I found it hard enough to touch my toes let alone do back flips.

"I'm not very good. I had to work very hard to try and do that."

Despite the role marking one his first as a leading man, the 20-year-old hunk doesn't intend to stay in Hollywood and hopes to return to his British roots in other film projects.

He added: "I don't know if it means a permanent switch. I love English films. I love Steve McQueen's 'Hunger' with Michael Fassbender and I love our British independence. Most of our British talent have really been recognised through that. Like Tom Hardy with 'Bronson'.

"I would definitely come back to England to do a movie like that. Unfortunately for a 20 year old there are not many roles like that. Maybe in my mind, but not physically." 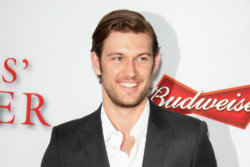 Alex Pettyfer is set to become a dad! 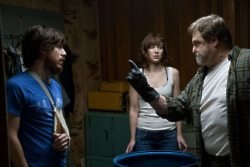