Cars 2 goes global next year in a tale of international espionage featuring lovable tow truck Mater - yes Mater - as a secret agent... or not. (It’s classified.)

But Disney?Pixar did reveal new cast members slated to lend their voices to the animated fish-out-of-water comedy, which hits the big screen next summer.

"The story of ‘Cars 2' was sparked by the idea of taking Lightning McQueen and Mater overseas," said John Lasseter, who returns to the driver's seat as the director of "Cars 2," the follow-up to his 2006 Golden Globe®-winning "Cars."

"Lighting McQueen is invited to compete in the World Grand Prix to race against the fastest cars in the world in three fantastic locations: Japan, Italy and the U.K.

"Of course Mater, who has never left Radiator Springs, is completely out of place in these iconic international cultures, which leads to hilarious comedic moments.

"But the World Grand Prix," Lasseter continues, "is just the setting for our real story: Mater is unknowingly embroiled in a case of international espionage!

"Cars 2 is also a full-on spy movie with state-of-the-art gadgets, thrilling action and a cast of new and exciting characters like British agents Finn McMissile and Holley Shiftwell, and great car villains. It's totally different and so much fun."

"I started movies playing Harry Palmer in ‘The Ipcress File,’" says Caine. "Now as a grandfather, I have become Finn McMissile in ‘Cars 2, another spy in a great series, it’s wonderful for my grandchildren and me."

It was nominated for two Oscars® and one Golden Globe®, winning the first ever Golden Globe for Best Animated Feature Film.

'Cars 2,' which opens in UK screens on July 22, 2011, marks Disney?Pixar’s 12th feature-length animated film and will be released as Pixar Animation Studios celebrates its 25th Anniversary next year.

The Studio, founded in 1986, has earned 26 Academy Awards®, six Golden Globes®.  To date, its 11 feature films have grossed more than $6.5 billion at the worldwide box office.

Star racecar Lightning McQueen (voice of Owen Wilson) and the incomparable tow truck Mater (voice of Larry the Cable Guy) take their friendship to exciting new places in Cars 2 when they head overseas to compete in the first-ever World Grand Prix to determine the world’s fastest car.

But the road to the championship is filled with plenty of potholes, detours and hilarious surprises when Mater gets caught up in an intriguing adventure of his own: international espionage.

Torn between assisting Lightning McQueen in the high-profile race and towing the line in a top-secret spy mission, Mater’s action-packed journey leads him on an explosive chase through the streets of Japan and Europe, trailed by his friends and watched by the whole world. 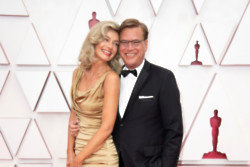 Paulina Poritzkova regained sense of self with Aaron Sorkin 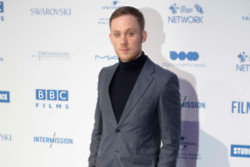 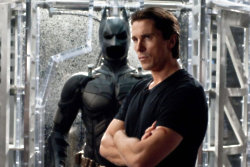